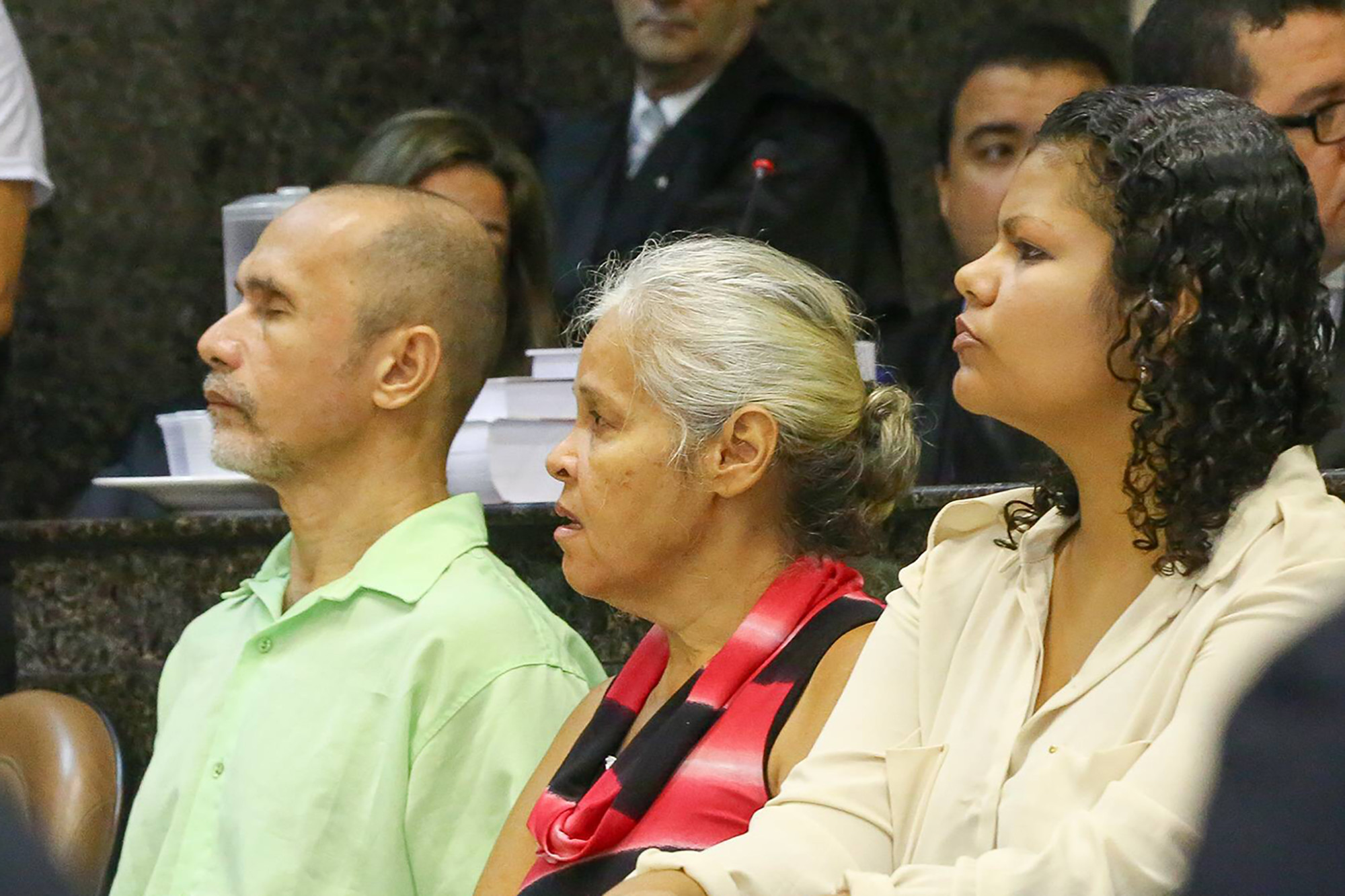 Silveira was sentenced to 71 years in prison, while his wife received 68 years and his mistress 71 years and 10 months.

The trio lured women to their home by offering them a job as a nanny or giving them religious advice before slaughtering them and eating their flesh. Silveira’s wife used some of the flesh to make stuffed meat pastries called salgados. They sold some of the pastries to neighbors.

The rest of the women’s remains reportedly were buried in their back yard.

On Friday, Silveira accused his mistress of torturing him.

“I’ll tell you the truth now because in the other trial, I hid a lot in defense of Bruna. I’ve known Bruna since she was 17 and she told me she was a witch. I have no part in it. Both I and Isabel were tortured to assume that,” Silveira said, according to G1.

The trio carried out the killings as a “purification ritual,” the BBC previously reported. At the time of the arrests, police also uncovered a book written by Silveira titled, “Revelations of a Schizophrenic,” in which he claimed he heard voices and was infatuated with killing women.

The cannibal family was convicted in 2014 of killing Jéssica Camila da Silva Pereira. Silveira received 23 years in prison, while his wife and mistress were sentenced to 20 years, the BBC reported.