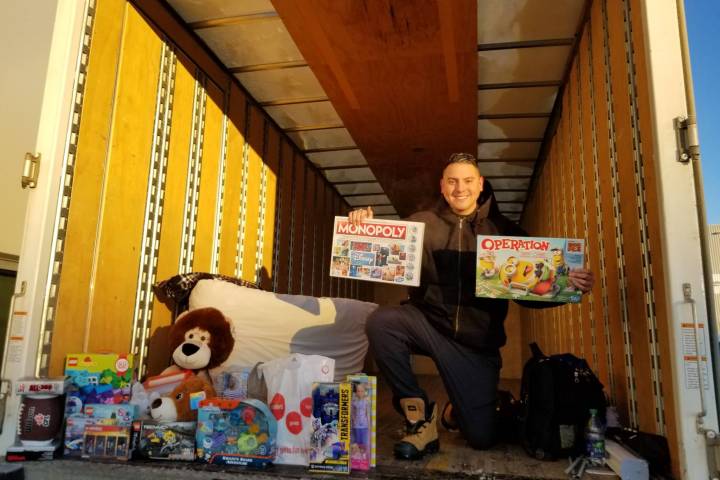 ‘Can Man Dan’ Johnstone is adding a toy-related twist to his annual campaign, and it’s to support 630 CHED Santas Anonymous.

Santas Anonymous is the focus of Johnstone’s third round of collection, as he camps outside the 70,000 square foot Famous Toys warehouse at 2403 92st Street southwest until Sunday night at 6 p.m.

“They have a huge warehouse with $2 million worth of toys inside, and it’s up to 70 per cent off,” Johnstone said. “We’re hoping to clear this warehouse and get toys in the hands of kids that need it the most.”

It comes at a time when 630 CHED Santas Anonymous needs it the most. If you stop by with donations, the organization mainly needs to fill the gaps with toys for kids in the under three and nine-12 age ranges.

Luckily, Dan is off to a good start.

“You think of Christmas, and every child out there should get a gift. It’s just a norm in our society,” he said. “And people see that they’re low on donations this year, and they’re more than making up for it right now. I have a three-ton truck I’m hoping to fill and we’re already well on our way.”

And he’s just getting started.

“It’s my third campout in my series of five, and this time it’s exclusively for 630 CHED Santas Anonymous,” Johnstone said. “It’s hour two or three and we already have thousands of dollars worth of toys — people came out in droves. I think it’s going to be a really good weekend.”

Johnstone comes from a single-parent home that utilized both Edmonton’s Food Bank and Santas when he was a child. He says it’s inspired his annual campaign, and that adding Santas was a natural step.

“It’s a special feeling, and I remember vividly as a kid when I received those gifts,” he said.

“And I just want to keep the cycle going, because I know first-hand how special it can be. So if I can make Christmas for a kid by camping out here for a few days, I think that’s a fair trade.”

630CHED Santas Anonymous is coming up quickly, and they’re in need of delivery day volunteers. Find out how to participate at their website. You can also donate unwrapped toys and books at locations including shopping centres, Superstore, Costco, IKEA, Toys ‘R’ Us and Canadian Tire, or at the 630 CHED studio.

And this is campout three of five for the Can Man. You’ll be able to find him at Heritage Safeway at 2304 109th Street from December 13th to 16th, and December 22nd to December 24th at Southbrook Sobeys at 1109 James Mowatt Trail.

Dan will be happy to accept unwrapped toys and books for Santas, or food donations for Edmonton’s Food Bank.