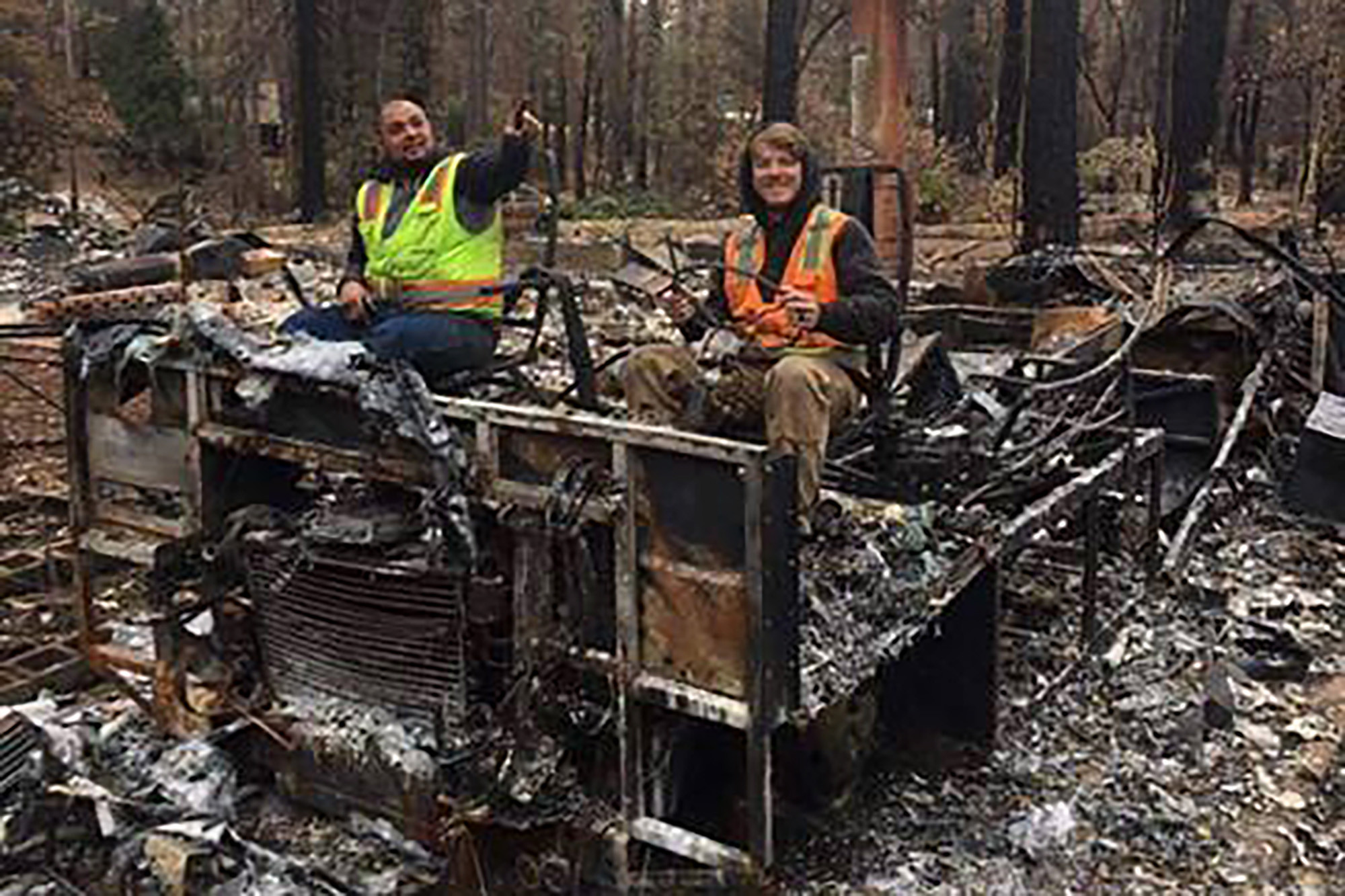 A spokesperson for the Paradise Police Department confirmed to Fox News on Sunday that officials have opened a criminal investigation into the employees’ behavior, and were consulting with the Butte County District Attorney’s Office.

The photos posted to Facebook appeared to show the workers goofing off at the homes lost in the deadly blaze, which fire officials have said spanned more than 153,000 acres.

In one photo, shared by the Town of Paradise Facebook page, a man was seen sitting on a mailbox shaped like a fire truck, alongside the caption: “I got to ride on a fire truck today.”

One photo showed employees pretending to drive an RV, which was almost completely burned. Another photo, which appeared to show a dead cat with a bottle placed near its mouth, was captioned: “Dude… I was just chilling with my homies, having a couple of cold ones, and BAM… damn fire breaks out.”

The company wrote on Facebook Saturday that the employees’ behavior was “not consistent with our company values and ethical code.” Bigge said those affected by the Camp Fire “suffered an egregious insult during an already devastating time.”

The Camp Fire, which started Nov. 8 and was fully contained toward the end of the month, killed at least 85 people and damaged or destroyed thousands of homes and other structures. The town of Paradise alone, with a community of around 27,000, essentially was destroyed.