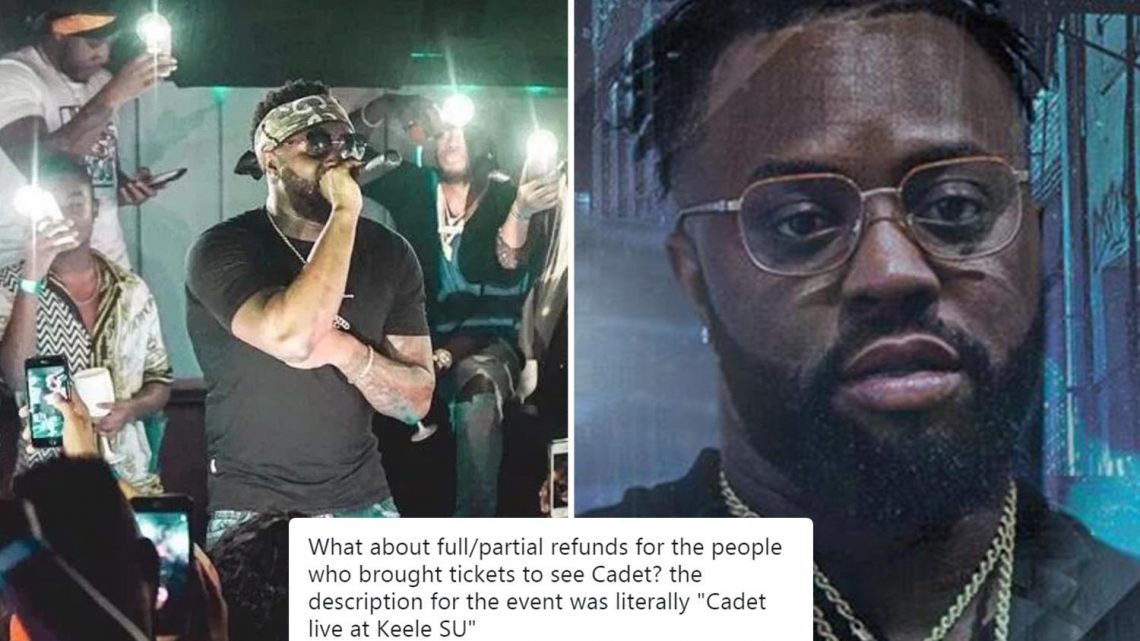 The 28-year-old, real name Blaine Cameron Johnson, was travelling to Keele University in Staffordshire when the taxi he was in crashed with a van. 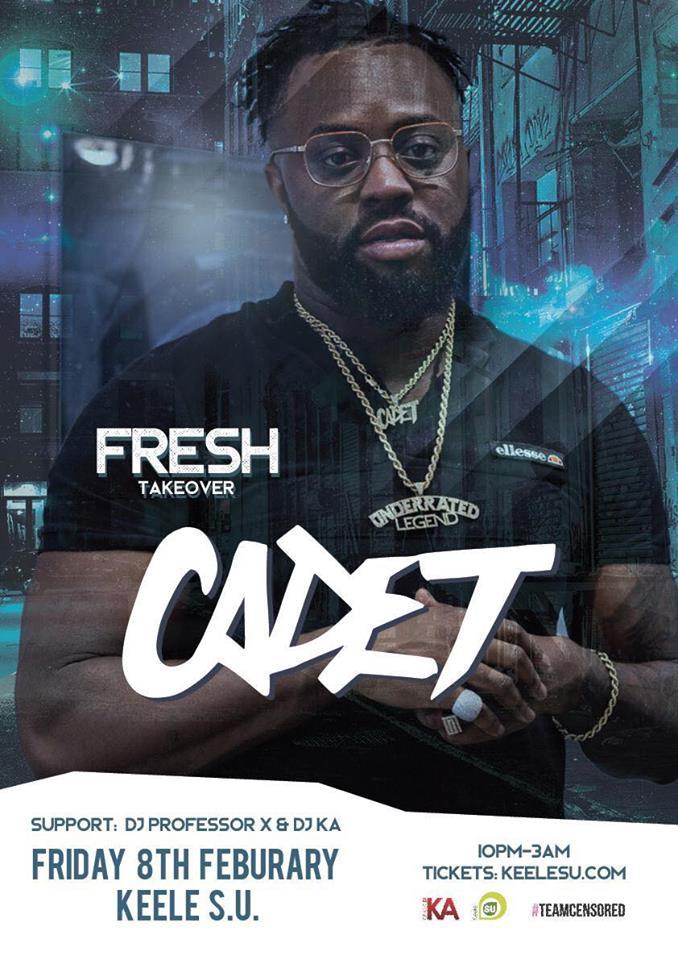 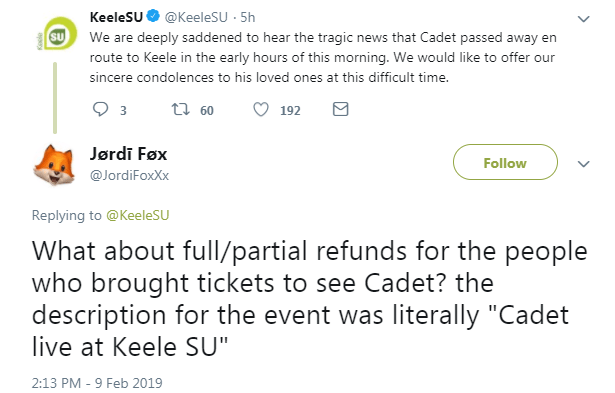 Paramedics desperately battled to save the grime artist but he sadly died at the scene in Batley at around 1.30am.

The university's student union confirmed his tragic passing en route to the venue and offered its condolences on Twitter today.

Responding to the tweet, one social media user named Jordi Foxx tweeted: "What about full/partial refunds for the people who brought tickets to see Cadet? the description for the event was literally 'Cadet live at Keele SU'."

But fans responded with fury at the comment, blasting the troll as having "no respect" just hours after the musician's death.

Alina said: "He died, nobody could have predicted that. Have some respect?"

To this the troll responded: "Would it not be respectful for KeeleSU to donate the money then?"

Another said: "Have some respect he died not even 24 hours ago".

Katie wrote: "If all you posh kids at Keele Uni are worried about your 'refund' for the tickets for Cadets gig that he died getting to, you are actual scum. Forgot a fiver is more important than someone’s life."

Another person replied: "Are you clappt? It was legit £5 how are you crying for a partial refund.. have some respect it was hardly a no show for nothing, the man died."

Staffordshire Police were called to a crash involving a Toyota Prius and a red Vauxhall Combo van on the A531 in Betley in the early hours of Saturday.

Three other passengers, whose identities are currently not known, who were also in the taxi were treated at Leighton Hospital in Crewe, cops said.

Ariana, Nicki and More Stars Who Have Surprisingly Never Won a Grammy