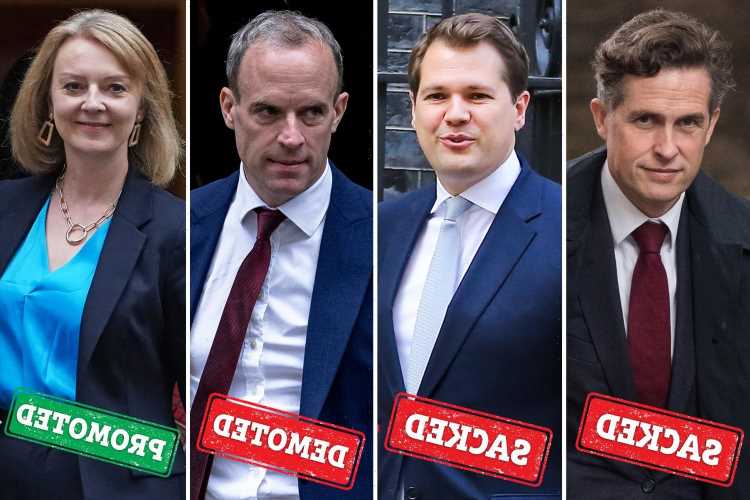 Embattled Mr Raab accepted a humiliating shunting from Foreign to Justice Secretary following a terse meeting with the PM this afternoon.

To soften the blow Mr Johnson gave him the job title as Deputy PM, a symbolic promotion from his current role as First Secretary of State.

Liz Truss was promoted as his replacement in the Foreign Office, meaning – with Priti Patel – two of the top four jobs in Government are held by women.

Mr Williamson was widely expected to be removed as Education Secretary following a pandemic beset by endless fiascoes with schools and PR disasters.

The PM is overhauling his top team in a long-awaited shake-up ahead of the Conservative Party conference in a few weeks.

Ambitious MPs desperate to climb the ladder were standing by their phones as the Westminster rumour mill went into overdrive.

For weeks the PM has dangled the prospect of a reshuffle to whip rebellious MPs into line for a series of crunch votes.

Now – as he looks to get back on the front foot following a bruising few months – the reshuffle is finally on.

Read our Boris Johnson live blog below for the latest updates…

Chrissy Teigen had buccal fat removal on her face: was that all she did?