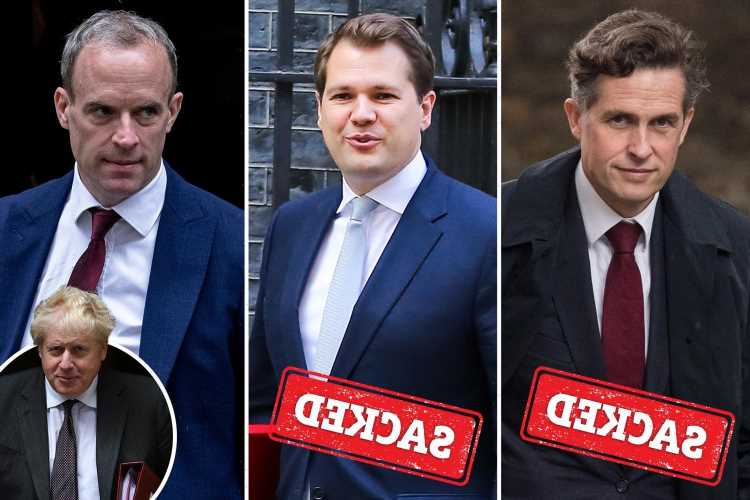 BORIS Johnson has wielded the axe in a brutal Cabinet reshuffle that today saw Gavin Williamson among senior ministers to be chopped.

Williamson was widely expected to be removed as Education Secretary following a torrid pandemic beset by endless fiascoes with schools, exams and PR disasters.

Foreign Secretary Dominic Raab was locked in a meeting with the PM earlier and is being tipped for demotion.

The PM is overhauling his top team this afternoon in a long-awaited shake-up that will see senior ministers turfed out of their jobs.

Ambitious MPs desperate to climb the ladder were standing by their phones this morning as the Westminster rumour mill went into overdrive.

For weeks the PM has dangled the prospect of a reshuffle to whip rebellious MPs into line for a series of crunch votes.

Now – as he looks to reset his premiership with the annual Conservative Party conference in a few weeks – the reshuffle is finally on.

Read our Boris Johnson live blog below for the latest updates…

Mesut Ozil was the final member of 2014 FA Cup winning team to leave Arsenal… but where are they now?
World News