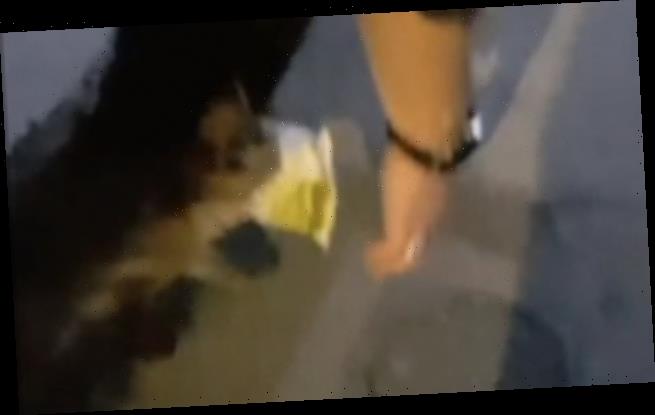 Brush with death! Moment bus driver helps fox with its head stuck in a plastic bag after almost running it over on London road

This is the adorable moment two kind bus drivers in South-West London rescued a fox cub in trouble.

Raage Ibrahim, 26, was driving his bus in the late evening when a fox cub ran out in front of him and he was forced to slam on the brakes.

Realizing something was wrong, he went to investigate with a colleague, Jonthan Hearn, and they found the cub with a crisp packet stuck on its head.

The recorded a video so they would have proof of what they were doing in case they were late to depart on their next bus journey.

Footage shows the fox cub frantically running around but not able to see where it is going because of the bag on its head.

Raage and Jonthan follow the little fellow until they have it cornered and Jonthan reaches down and removes the bag. 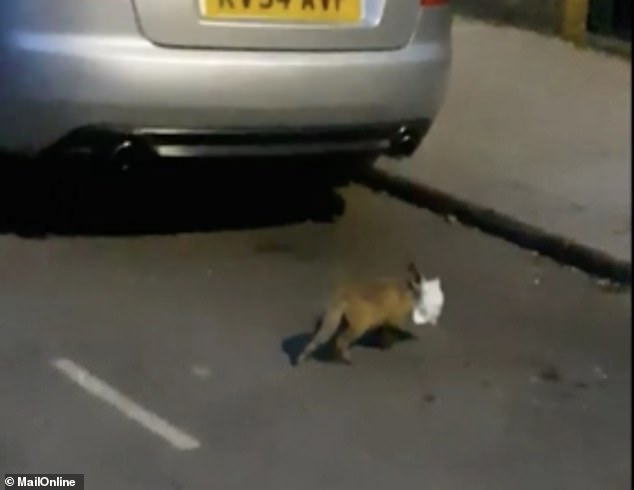 The cub freezes for a second and then quickly runs away.

Raage Ibrahim, who is from Denmark but moved to the UK nine years ago, said: ‘We straight away knew we had to help the little guy.

‘We both were trying to call the fox, but I believe it got scared since it couldn’t see anything.

‘So we both decided to try to block it, so it won’t run out on the road again.

‘In the end, we managed to remove the plastic bag and the little guy ran away from us.

‘I’m so happy that I managed to see the fox on the road while driving, because if I didn’t react on time, I’m sure the fox would have been run over by my bus.’

The incident took place near Mortlake Bus Station in South-West London on May 18.

Urban foxes live off of a diet of scavenged from litter or waste bins and other plants, insects and small mammals.

In the wild foxes can live up to 15 years, but in cities most foxes only survive for about two to three years.

Up to 50 per cent of the UK’s fox population is killed on the roads. 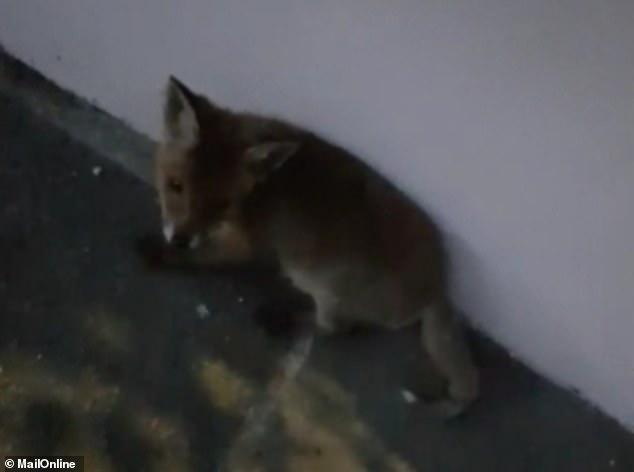 The cub freezes for a second and then quickly runs away. Raage, who is from Denmark, said: ‘We straight away knew we had to help the little guy