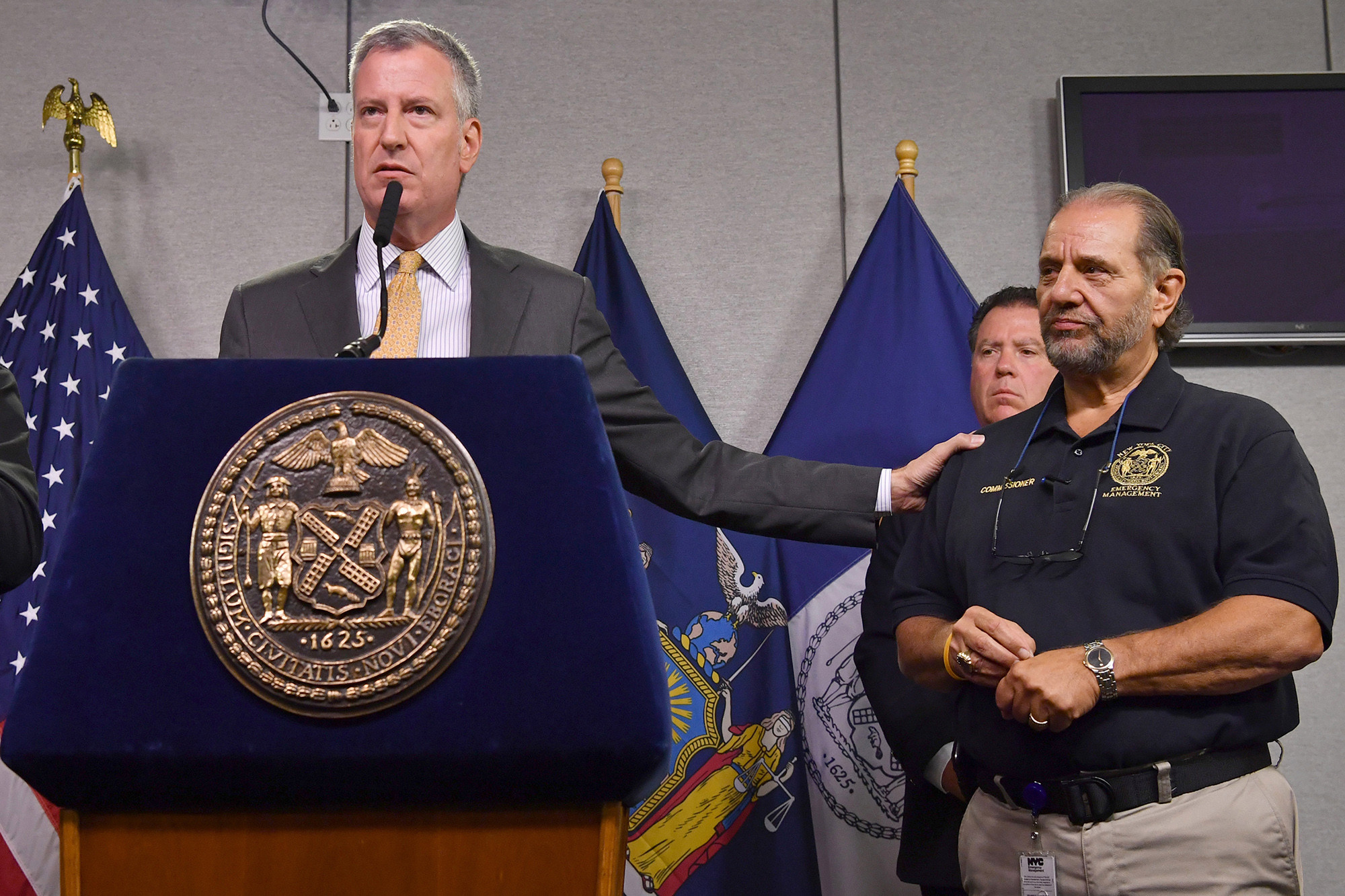 Watching his hapless players stumble all over the field in the New York Mets’ horrific first season, manager Casey Stengel cried out in exasperation, “Can’t anybody here play this game?” Just imagine what he’d have made of Team de Blasio’s spectacular ineptitude.

No, it had nothing to do with last month’s snowstorm mess (though the mayor bizarrely says he doesn’t blame anyone for thinking it did). In fact, he decided weeks ago to remove Esposito, for vague reasons concerning how OEM is run — but it wasn’t supposed to happen abruptly last Friday.

Why was a top commissioner fired by a deputy mayor instead of de Blasio personally? “That’s the way it works,” he claimed.

Why was Esposito unable to reach the mayor by phone all weekend, when de Blasio was off in Vermont palling around with Bernie Sanders? “I have no record that he tried to contact me,” the mayor replied.

Which is pretty troubling on its own: Esposito is in charge of the city’s response to emergencies — what if his calls had concerned a major crisis?

For four days, New Yorkers heard that Esposito had been fired, even as he continued to show up to work. Now they’re told that he’ll stay on the job while a successor is found — which likely will take months.

Moreover, after Esposito refused the demand to resign, the mayor decided that he’ll be given another administration job.

This is all pretty astonishing stuff even for a mayoralty long plagued by repeated scandal and mismanagement. After nearly five years in office, de Blasio still hasn’t figured out how to play the game.

In baseball, that’s disheartening. When it comes to running a city, it can put lives at risk.

‘Journalists disappear all over the country,’ GOP lawmaker says of Jamal Khashoggi murder