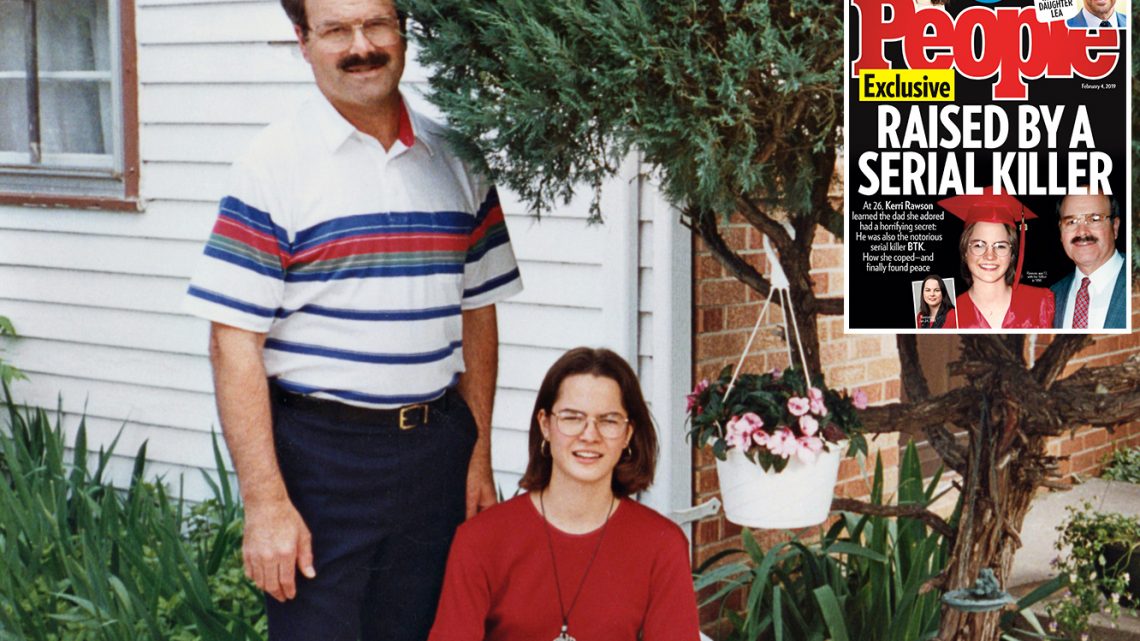 It was a few minutes before noon on February 25, 2005, when Kerri Rawson’s life changed forever. She has spent every day for the past 14 years trying to make peace with the news she heard then.

Her father, Dennis Rader, she was told by the FBI agent who arrived at her Detroit-area apartment, had just been arrested for 10 brutal murders. Calling himself BTK — for “bind, torture and kill” — the doting, protective father she thought she knew had terrorized her hometown of Wichita, Kan., between 1974 and 1991.

“I’d give anything,” Rawson tells PEOPLE in this week’s cover story, “not to be a serial killer’s daughter.”

Now, Rawson, 40, has written a book — A Serial Killer’s Daughter — that chronicles how her horror and anger were tempered by the love she felt for her father, as well as the terrible toll his double-life has taken on her family. (Rawson’s book comes out Jan. 29.)

The sheer savagery of her father’s crimes hasn’t made her journey easy. Rader often spent months stalking his victims— most of whom he strangled slowly after binding their arms and legs with rope — then hid mementos from his kills beneath the floorboards in the family’s linen closet.

Rader was caught in 2005 after resurfacing to announce that he was preparing to kill again; detectives traced a computer disc he had sent them to the local Lutheran church where he volunteered.

• For more on how Kerri Rawson grapples with the horrible truth that her dad is the notorious BTK Killer, subscribe now to PEOPLE or pick up this week’s issue, on newsstands Friday.

Since the arrest of her father — who is now serving a 175-year prison sentence after pleading guilty to the ten murders — Rawson has been contacted by the daughter of Keith Hunter Jesperson, a Canadian-American serial killer who murdered eight women, and from surviving victims of the alleged Golden State Killer Joseph James DeAngelo.

“It’s been really surprising for me,” says Rawson. “They’ve been very kind and supportive of me. It’s like this little community that has been building around me. We support each other.”

Rawson spent seven years working with a therapist — and leaning on her faith — before she was finally able to begin letting go of the anger she felt toward her 73-year-old father, which she says threatened to destroy her life. She refuses to visit him in prison, but the two write each other a couple times a year.

“He’s starting to lose some memory and get a little dementia,” says Rawson. “You can see it in his letters. He’s really worried about what’s going to happen to his body when he dies. He’ll write things like, ‘If you don’t write or communicate with me more, I’m going to give somebody else my dead body.’”

Rawson grows quiet for a few moments as she thinks about how strange it sounds to be saying this about the man she grew up fishing, camping and hiking with. “That’s really all he has left to hold over anybody anymore,” she says. “His remains.”

20/20 will air an interview with Kerri Rawson on Friday, February 1 at 9pm ET on ABC.