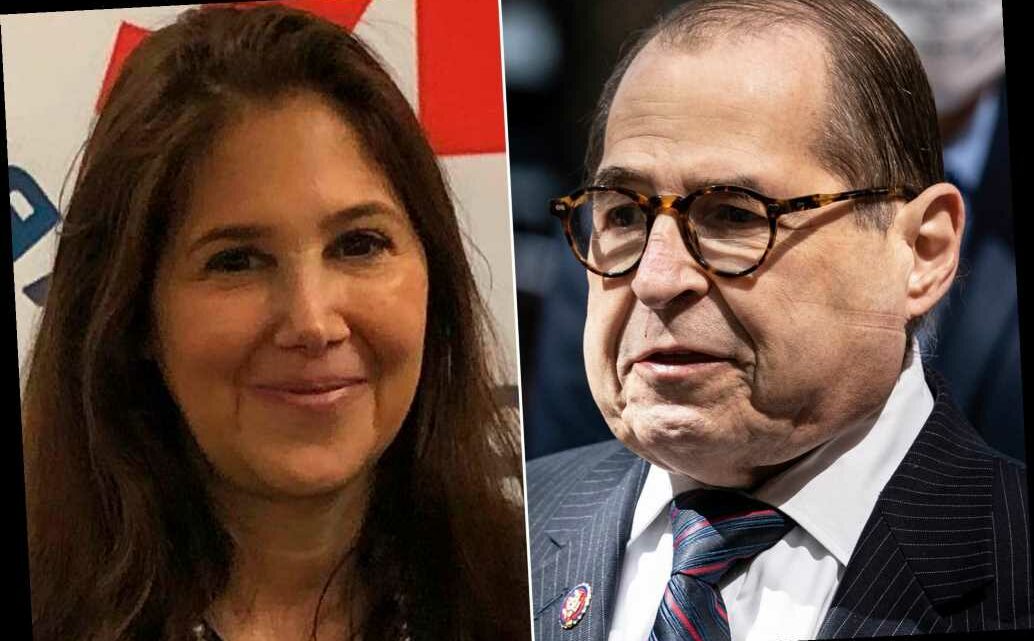 Bernstein, 58, a financial consultant who resides on Manhattan’s Upper West Side, railed against stricter state oversight of yeshivas — a potent issue that resonates in the district’s heavily orthodox Jewish communities — and also slammed Nadler for supporting “defunding” police.

The GOP candidate also made an issue of the city placing homeless people into neighborhood hotels amid the pandemic.

But Nadler, the House Judiciary Committee chairman who pushed to impeach Trump, easily won re-election because the majority of the district takes in the liberal West Side of Manhattan as well as Brooklyn. Nadler, first elected in 1992, also easily won his Democratic primary election in June.

Manhattan comprises 70 percent of the district, and Brooklyn the other 30 percent.

The machine count showed Bernstein actually carried the Brooklyn side of the district convincingly — with 33,124 votes to 24,607 for Nadler.

Bernstein said she made five different campaign posters and the one about defending yeshivas was so popular among shopkeepers in Borough Park that she had to do a reprint. She stood up for privately-run religious schools after the state Education proposed to increase oversight while Nadler defended stricter regulation.

“These are constituents who feel strongly about education,” Bernstein said.

“Nadler is not well received in the Brooklyn side of the district,” said former Assemblyman Dov Hikind who previously represented the 48th AD, adding, “The Democratic Party in New York has moved so far to the left people here are upset with the Democratic Party.”

Hikind also credited Trump’s strong showing in south Brooklyn with lifting up Bernstein in Brooklyn along with voter disgust with a spike in crime and the law that eliminated cash bail for many criminal defendants.

About 70,000 voters mailed in absentee ballots. But the overwhelming majority of the mail-ins were submitted by Manhattan voters. That means Bernstein is likely to win the Brooklyn side of the district outright when all the ballots are counted.

Nadler will unquestionably pad his lead in Manhattan. He won the Brooklyn side of the district in both 2016 when his GOP opponent was Philip Rosenthal and in 2018, when his rival was Naomi Levin. Nadler won the entire district about 5 to 1 when he was re-elected in both 2016 and 2018.