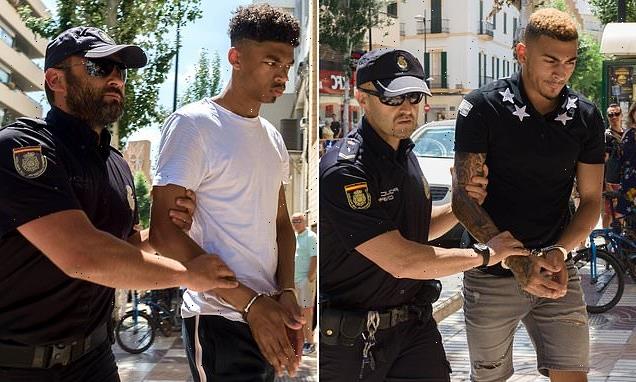 Two professional footballers arrested after a British holidaymaker claimed she had been raped in an Ibiza hotel have been told they are in the clear.

A judge has ruled West Bromwich Albion striker Karlan Grant and Portsmouth’s Reeco Hackett-Fairchild should face no further action – nearly four years after their arrests and the launch of a criminal investigation.

Hackett-Fairchild’s lawyer Jaime Campaner said his client, currently out of action with a knee injury, was happy with the decision but blasted the length of time it had taken.

Hackett-Fairchild, who like his former teammate was with Charlton when they were held by police in June 2018, was prevented from leaving Ibiza for a month.

Mr Campaner confirmed last night the 24-year-old winger has had to sign on at the Spanish Embassy twice a month since then as part of his bail conditions. 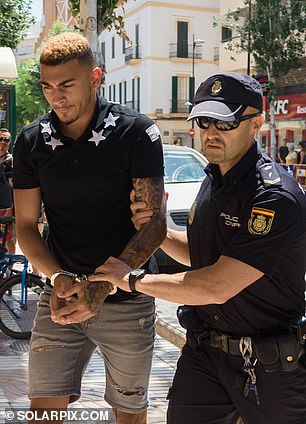 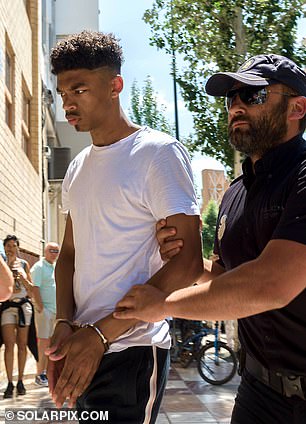 The long wait endured by both footballers came despite a female judge who questioned them after their arrests admitting to ‘reasonable doubts’ a sex attack took place at a hotel in Cala de Bou near the party resort of San Antonio.

Carmen Robles Zamora also made it clear in a written ruling in June 2018, justifying her decision not to remand the players and a third man in custody, that their version of events was ‘credible and coherent’.

The same judge decided to shelve her investigation against them on Monday, saying videos from Hackett-Fairchild’s phone had backed up his insistence he had consensual sex with the woman alleging he raped her.

She ruled in a document confirming she was halting her probe: ‘The content of the recordings shows no act of violence or intimidation.’

She added: ‘The visualisation of the images permit confirmation of the version of events of the men investigated which were always that the sexual relations were consensual.’

Mr Campaner, who is based in Majorca, said the recovery of videos on his client’s phone by a specialist police unit of the sex that took place in the hotel had taken several months.

But he added: ‘Sadly it doesn’t surprise me that it’s taken this long for the court to reach this decision.

‘It corresponds with the normality of the judicial situation in Ibiza which is a total abnormality.

‘Reeco is obviously very happy with the outcome but he’s had the shadow of doubt hanging over his head for far too long because we all know that the presumption of innocence is not something that people always respect.

‘Fortunately this ordeal has now reached its end.’

Hackett-Fairchild was identified early on as the chief suspect. A non-footballer named as British national Olusola Odejayi, then 26, was accused of holding down the tourist but has also consistently denied any wrongdoing.

The 24-year-old, who moved to West Brom in October 2020 for a reported £15million, was still using the double-barrelled surname Ahearne-Grant when he was arrested but dropped it to just one surname because of his ‘really strong’ relationship with his mother.

The judge who shelved her investigation into the three men, sparing them a trial, has yet to respond to a request from Mr Campaner that their female accuser face perjury charges.

A well-placed legal source said: ‘It is very rare in Spain for women who have alleged they have been the victim of a sex crime to face these sorts of charges in circumstances like this so it’s highly unlikely anything will come of this submission.’

The woman at the centre of the high-profile incident was 19 at the time. Detectives said after they made the arrests after her parents, who were also in Ibiza on holiday, had gone to police.

She went to the hotel where the players were staying with a female friend after meeting them in a bar.

Hackett-Fairchild was forced to miss the start of pre-season training with his then-club Charlton and a friendly against Queens Park Rangers after having his passport taken away for nearly a month and made to stay in Ibiza.