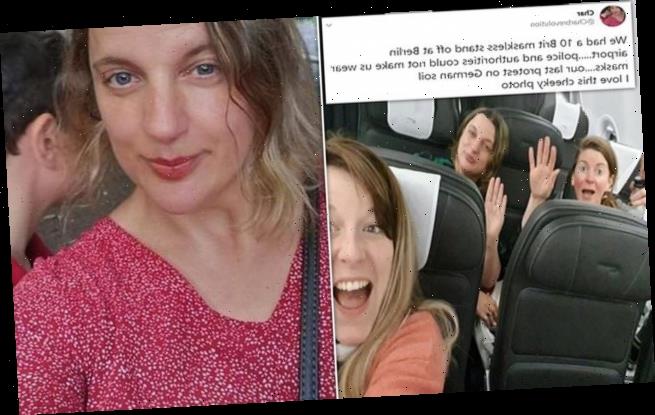 A group of British anti-maskers behaved ‘like spoiled brats’ when they refused to wear face coverings on a flight home from Berlin, a source claimed today.

Charisse Burchett was criticised on Wednesday after she shared an image of herself and two women on board an aircraft having apparently won a ‘stand off’ with airport staff.

The women were flying with British Airways from Berlin back to London Heathrow Airport following an anti-lockdown meeting, but refused to wear face masks as they allegedly have a medical exemption.

An insider, who claimed they were on the flight, told MailOnline the group began ‘coughing as a joke’ after eventually boarding the aircraft, but said ‘this seemed very fake and put on.’ 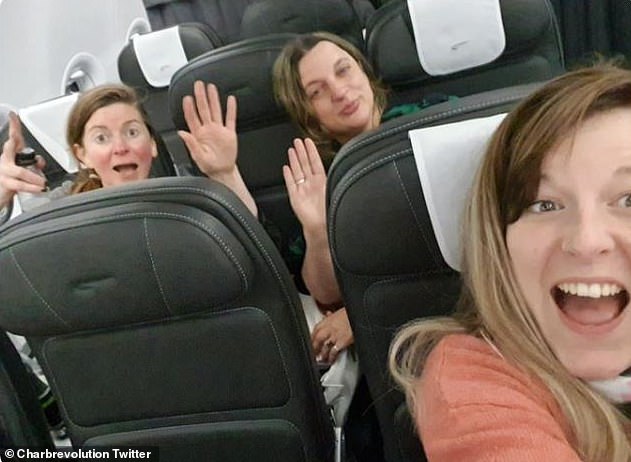 The source added the ‘ring leader’ had behaved ‘like a spoiled brat’ throughout the confrontation with airport staff – ‘marching up and down the departure gate and shouting.’

They added: ‘They were universally condemned by all other passengers in the airport.

‘I talked to a very nice young man who genuinely had a medical exemption but felt “it’s because of people like that I just wear a mask and try and get on with it”.

‘The German police and security acted professionally at all times trying to find out why they wouldn’t wear their masks.

‘The police only arrived when they were getting irate with the airport staff who wanted to see their doctors note for the “medical exemption” which is the rule in Germany.’

The insider added they don’t know why the women were eventually permitted to board the plane.

Ms Burchett claimed in a tweet that the group all ‘had medical exemptions’ which allowed them to go without masks on the flight. 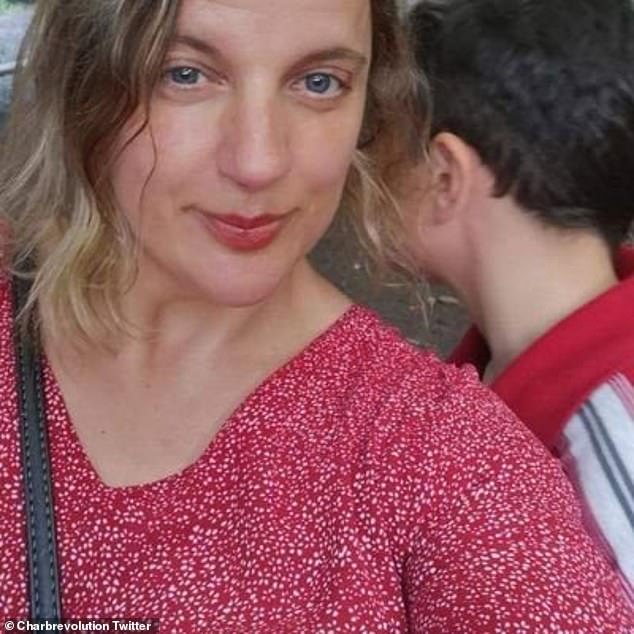 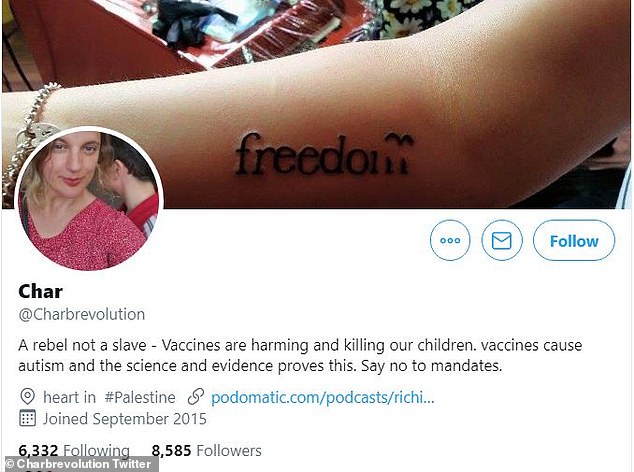 Sharing an image of the group on Wednesday, she wrote: ‘We had a ten Brit mask-less standoff at Berlin airport.

‘Police and authorities could not make us wear masks. Our last protest on German soil. I love this cheeky photo.’

She later added: ‘It was a standoff and I have a film to prove it. The Nazi police and airport officials were incredibly intimidating.

‘You need to think about where this is heading and it’s not good.’

Ms Burchett went on to claim the women all ‘had medical exemptions.’

She added: ‘We had medical exemptions. But passengers can take theirs off to eat and drink? So the virus is not that deadly on a plane is it really? It’s about being compliant.’

However, her joy at having defeated ‘Nazi police’ has caused a backlash among social media users who branded the trio ‘an embarrassment to the UK’.

Twitter user Julie Hendry wrote under the post: ‘Masks don’t protect the wearer – they protect those around the wearer.

‘How on earth can people still be this illiterate about how masks work? People like you cause mask wearers to get sick because of your selfishness and ignorance.

Louise Westlake tweeted: ‘Medical exemption, my a***. And all your friends have medical exemptions too? You are an embarrassment to the UK. Germany should ban you from ever darkening their doorstep again. Pathetic.’

Another user Amanda Brooks tweeted: ‘Clearly, education, manners and respect (including self respect) are qualities you do not have. Your families must be embarrassed.

NHS worker Donna Martin said on Twitter: ‘I work in a Critical Care unit. I sincerely hope none of your family end up in one.’

In a damning tweet, Heather Ryan said: ‘I would class you as mentally ill. You also have children that you are willing to put in harm’s way because of your dangerous ideology. I despair.’

However, some defended Ms Burchett’s right not to wear a mask.

Responding to the backlash, Ms Burchett tweeted: ‘We were there supporting the doctors speaking up against the lies being told to you.

‘The brave doctors that need to be heard. What’s happening is a global crime. I won’t be ashamed for standing against tyranny.’

It comes as German Chancellor Angela Merkel warned Germany is heading for ‘disaster’ after regional leaders refused to sign off on her tough new coronavirus measures amid surging cases in Europe.

Several German cities, including financial hub Frankfurt, have imposed a curfew on bars and restaurants, 10-person limits and compulsory use of masks in busy areas.

But today, a Berlin court suspended the curfew on bars and restaurants, joining other courts in overturning government-imposed measures meant to contain the further spread of the coronavirus.

Germany, like other countries across Europe, is dealing with a sharp rise in coronavirus infections.

The Robert Koch Institute (RKI) for infectious diseases reported a daily increase by more than 7,300 new cases on Friday.