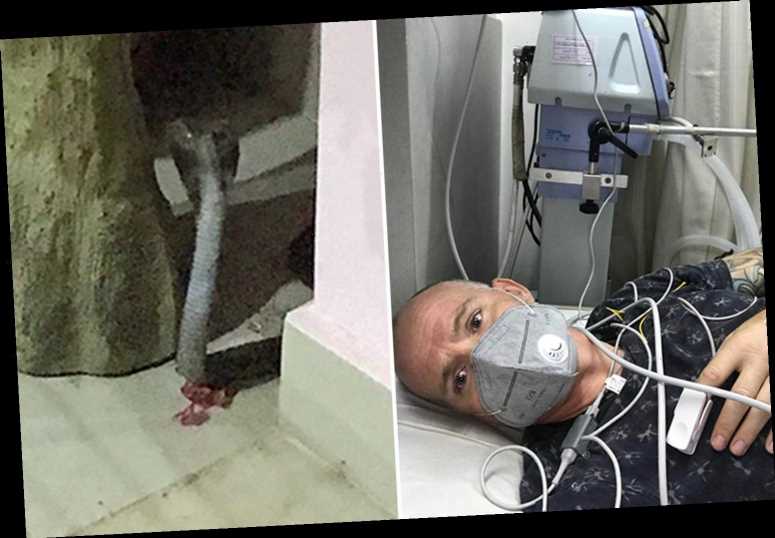 A BRIT dad was just “30 minutes” from death after being bitten on the arm by a King Cobra while battling his second bout of coronavirus.

Ian Jones, 49, has been blinded and paralysed after the deadly attack in an Indian village. 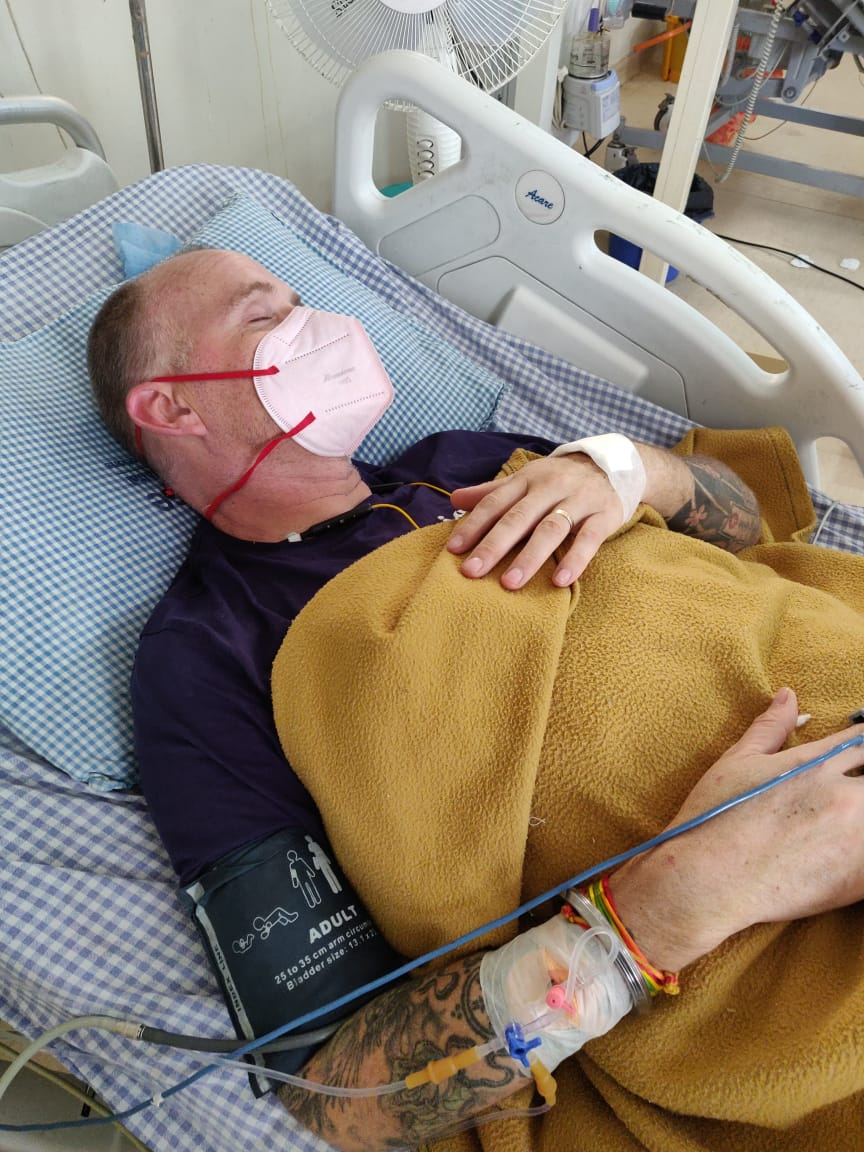 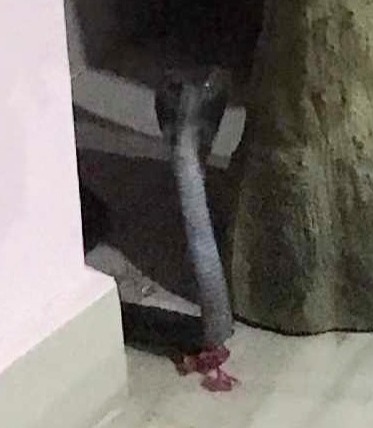 Charity CEO Mr Jones, from Ryde in the Isle of Wight, has been in and out of a coma for three days with loved ones saying it is “touch and go” if he recovers.

Colleagues have revealed the dad-of-two was “relaxing” at his charity Sabirian's workplace near Jodhpur, Rajasthan, when the black hooded cobra bit his lower arm and hand.

Mike Bulpitt, who has worked with Mr Jones for six years, said the snake bite “exacerbated” his coronavirus symptoms.

He told The SunOnline: "Ian was just relaxing at the charity workplace when he was bitten between his lower arm and hand by the cobra.

The snake bite caused the Covid symptoms to exacerbate, and he fell in and out of a coma for the next two or three days.

“He was already feeling a little under the weather before the bite which, without treatment, you can die from within 30 minutes.

“The venom from the bite can kill an elephant, and it must have allowed the virus to re-establish itself.

“The snake bite caused the Covid symptoms to exacerbate, and he fell in and out of a coma for the next two or three days.

“We are less worried about the Covid – it is the bite that is worrying us more, now." 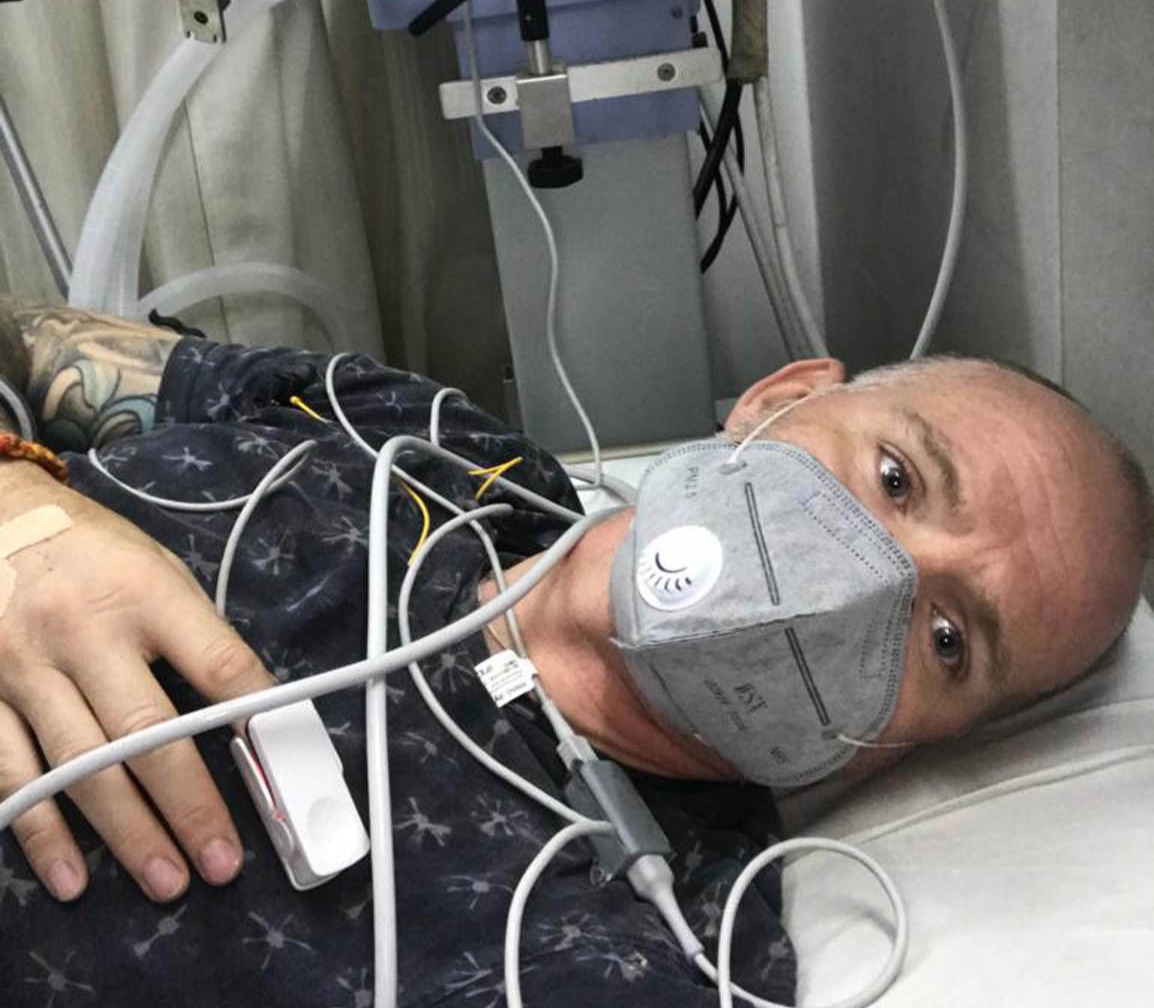 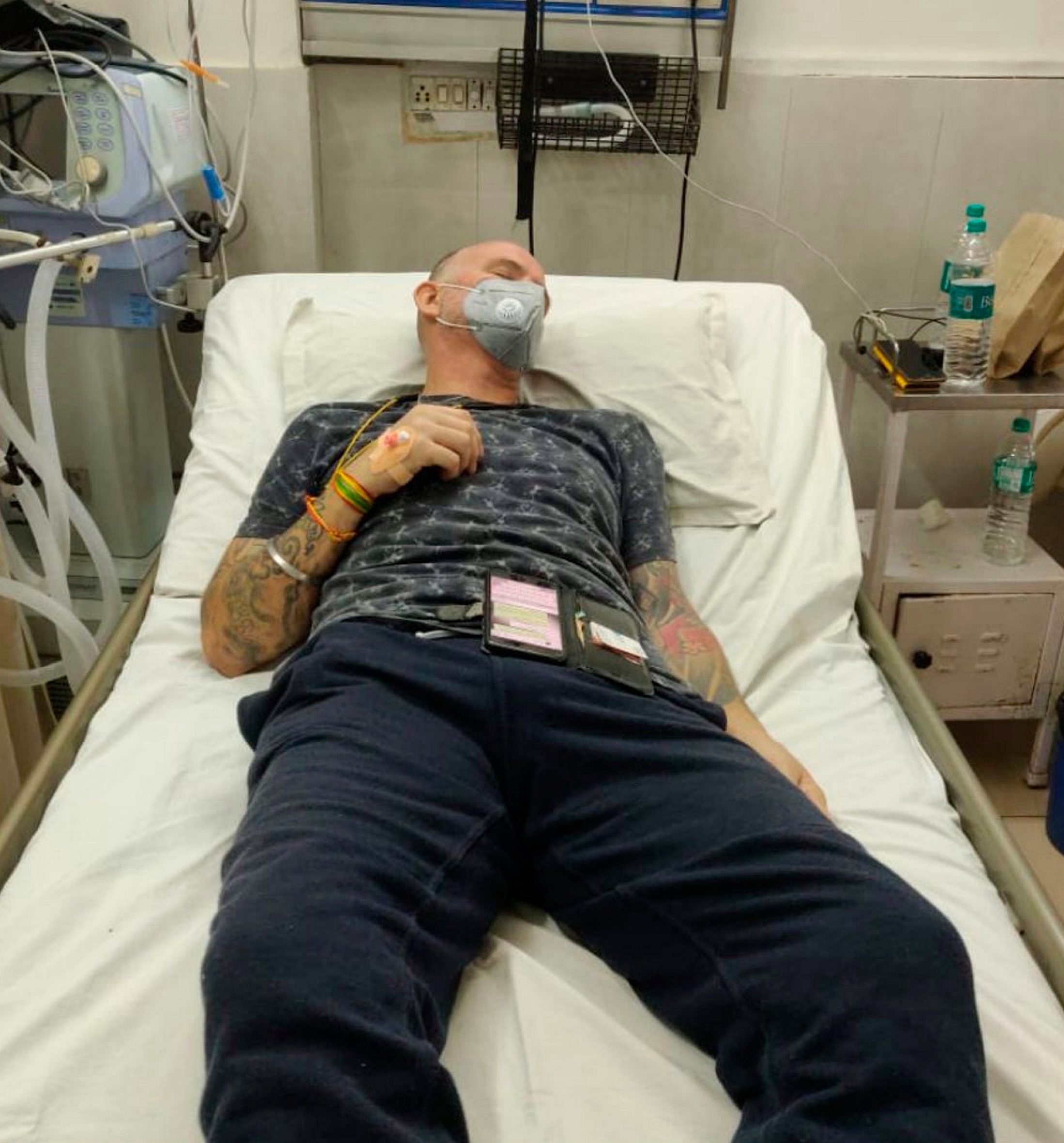 Mr Bulpitt said his friend had always been fond of India, adding: “Ian loves India and its cultures, and even speaks a bit of Hindi.

"He is a very passionate individual. Very social minded and driven, with such a community spirit.

"He chose to stay there instead of returning home because the people there needed more help than him."

The family of Mr Jones, who lives with his wife and two sons in Ryde, Isle of Wight, said they “don't know what the future holds” for him.

He chose to stay there instead of returning home because the people there needed more help than him.

In a statement they said: "Ian has a long road to recovery ahead of him and we don’t yet know what the future holds but we remain positive and hopeful that we will be able to bring him home soon.”

His family hope the blindness and paralysis is temporary and arefacing mounting medical bills.

Ian's son Seb said: “Dad is a fighter, during his time out in India he had already suffered from Malaria and Dengue Fever even before COVID-19.

"And yet he had remained resolute in his determination to stay in the country and continue his work help the people that needed his support.

“He had not been able to travel home due to the pandemic and as a family we understood his desire to continue to support the many people who relied on him. 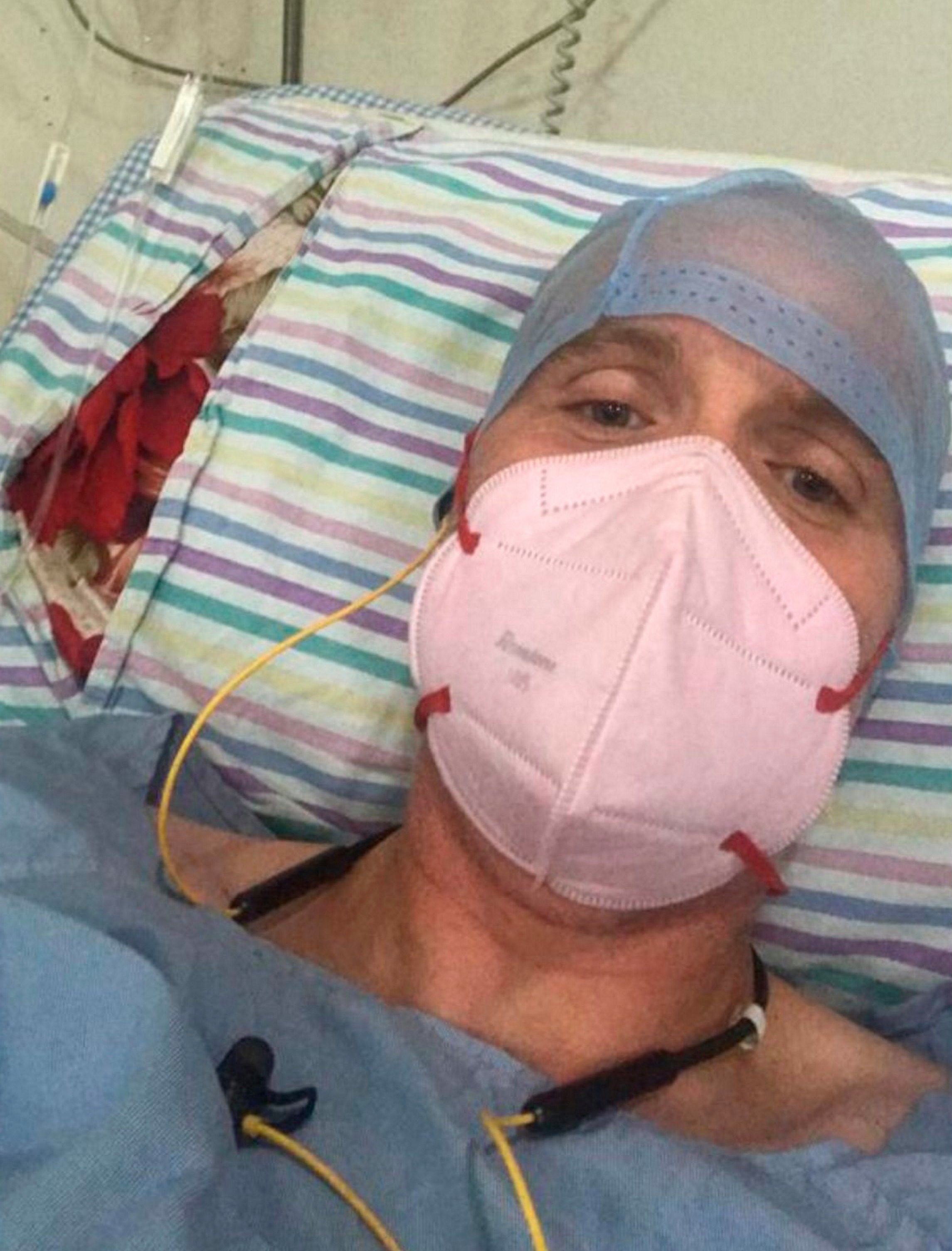 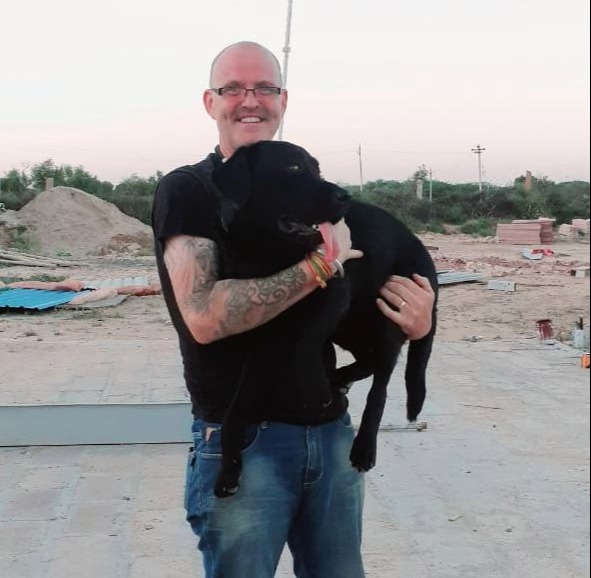 "We were naturally concerned about him though and then when we heard he had also suffered what is usually a fatal snake bite on top of all that he had been through, we honestly could not believe it. "

His charity has started a GoFundMe drive to pay for his care so they can bring him home.

Seb added; “It really has been touch and go, he is stable at the moment although he has paralysis in his legs and blindness, both of which we hope is temporary.

"But it is clear he is going to need to remain in hospital out there for some time to come.

"We are extremely grateful to his colleagues there who have been brilliant and rallied around him in his time of need, as indeed he did for them.”

Ian suffered the potentially fatal bite whilst at his Jodhpur base, where many of the local craftsmen and women that Sabirian support live and work.

Just how dangerous is the King Cobra? 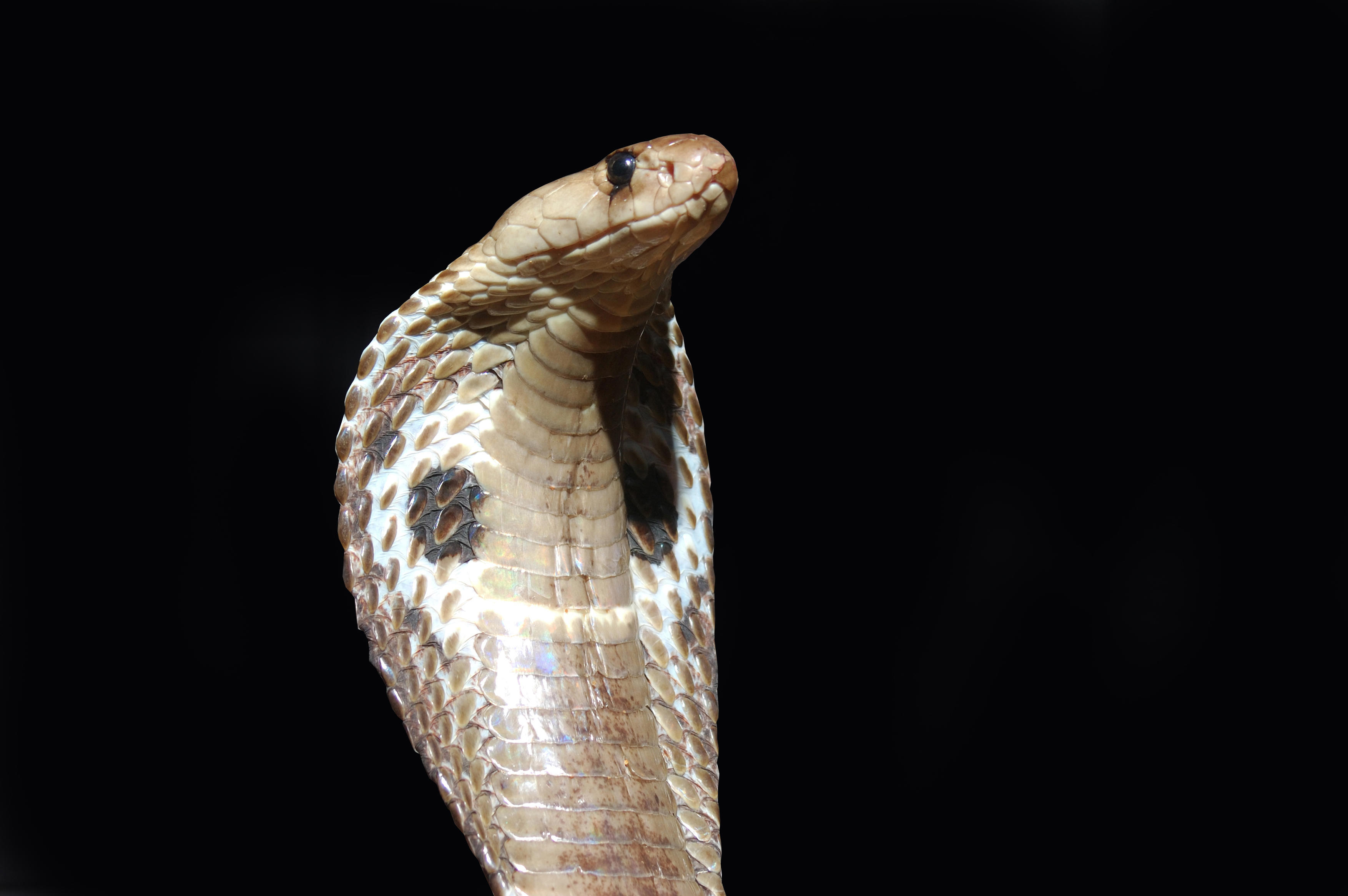 The King Cobra is one of the most venomous snakes on the planet and can literally "stand up" and look a full-grown person in the eye.

When confronted, they can lift up to a third of its body off the ground and still move forward to attack.

They can measure up to 18ft in length and can deliver enough venom in a single bite to kill 20 humans or even bring down an elephant.

The snakes live mainly in the rainforests and plains of India, southern China, and Southeast Asia.

He had moved out of the city so that he could continue to provide support during the pandemic and, because of travel restrictions, has been unable to travel home to his family on the Island.

Owned by Community Action Isle of Wight, Sabirian provides opportunities for around 70 Indian craftspeople aged between 18-87.

It works to help them trade their way out of poverty by providing training and help to import and sell their crafts and furniture in the UK in a sustainable and ethical way.

Mr Bulpitt, CEO of the charity said: “Ian has put so much on the line to continue to support the people out in India that he works with, living in difficult conditions and being away from his own family and friends on the Island for most of the year.

"He is now facing a long road to recovery and we are appealing for any fundraising support people can give to help us meet his medical costs, until he can eventually be brought home.

"We hope that he will soon be able to get back to the work he loves and to supporting those that need him, but right now he needs all our help to get through this battle to survive."

Sia Defends Her Movie Music Against Critics Over Autism Representation: 'Our Intentions Are Good'
World News