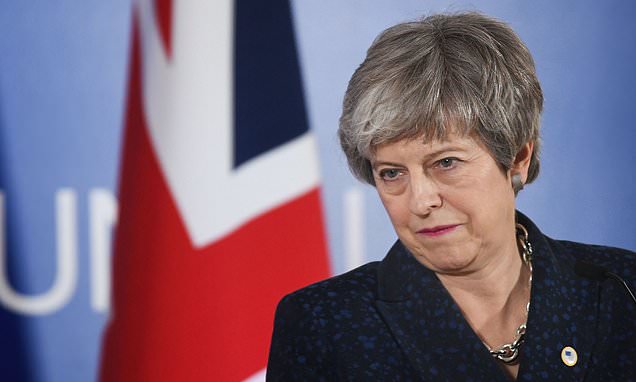 Brexit – what happens next?

Brexit – what happens next? After May and EU leader agree extension, what are the key dates and decisions?

Theresa May accepted EU terms for delaying Brexit after a marathon summit in Brussels yesterday – but what happens next?

After a meeting that stretched through the afternoon and over dinner, the EU said Britain could postpone its March 29 departure to May 22.

But only if the U.K. Parliament approves Prime Minister Theresa May’s divorce deal with the bloc next week.

Theresa May has already failed to get her deal through the Commons twice, and still faces an uphill struggle to make it third time lucky.

So, what can we expect next week? And what are the key dates and decisions?

MONDAY: Another day of Brexit amendments and late-night votes. MPs will debate Labour’s Brexit plan, a second referendum and revoking Article 50, but none is likely to pass. 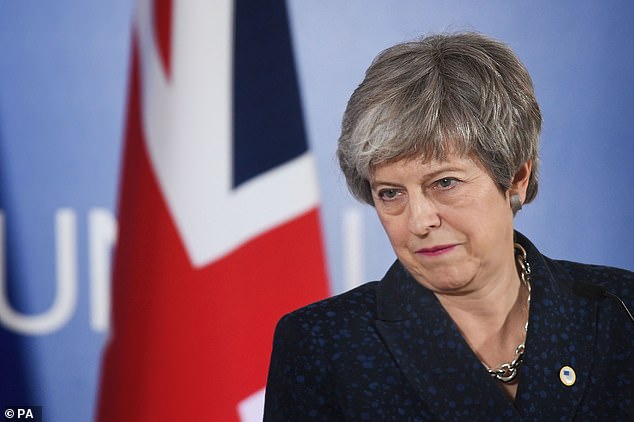 Prime Minister Theresa May giving a statement about Brexit at the European Leaders’ summit in Brussels yesterday. The Prime Minister has another tough week ahead

The main event will be motions proposed by Tory MP Sir Oliver Letwin and Labour’s Hilary Benn designed to avert No Deal. The first will change the rules to give backbench MPs control of the Commons agenda on Wednesday. A similar proposal was defeated by just two votes last week.

A second amendment could also be tabled that would order Theresa May to seek an extension to Article 50 if her deal does not pass. Both are likely to go through with the support of Labour and Remainer Tory MPs. Several Tory ministers could quit to back them.

TUESDAY: The proposed day for the third vote on Mrs May’s deal – and her final chance to get it over the line. The first obstacle is Speaker John Bercow, who will have to rule whether it can even be voted on or breaches ancient rules that say the same proposal cannot be put before the House repeatedly.

If the vote gets the green light, it’s down to the numbers. The deal was defeated by 149 last time, so Mrs May needs 75 more MPs to win the day. Will she get the DUP on board by then?

If so, how many Tory Eurosceptics will fall in line, fearing Brexit could be delayed or softened? What will Jeremy Corbyn instruct his MPs to do? And crucially, how many Labour MPs in Leave-voting seats will abstain or hold their noses and vote in favour, fearing a backlash from constituents if they block Brexit?

WEDNESDAY: If Mrs May fails to get her deal through, and the Letwin amendment passes on Monday, there will be more ‘indicative’ votes on Brexit options. Any MP will be able to propose a motion and the Speaker will choose.

The real test will be the so-called ‘Norway plus’ or ‘Common Market 2.0’ proposal which will instruct Mrs May to change her negotiating strategy and seek a softer Brexit which will keep the UK in the single market and a customs arrangement.

Critics say it will mean vast contributions to the EU budget, continued free movement and no say over trade deals. If it passes, Mrs May will also come under huge pressure to seek an extension to Article 50. Unusually, MPs will vote on pink slips instead of walking through the voting lobbies, to prevent the results of one vote influencing another.

THURSDAY: If Mrs May’s deal has passed she will use the short Brexit delay – until May 22 – to pass essential Brexit legislation, including trade and immigration bills.

If it fails, the Brexit date will move back just two weeks to April 12, with the clock continuing to tick. If MPs pass the Norway-style Brexit on Wednesday, Mrs May will come under huge pressure to bow to Parliament’s demands and negotiate a deal which breaches several of her red lines, particularly on free movement.

Such a move would enrage Eurosceptic Tories who will continue to urge her to press ahead with No Deal, despite the damage it could cause to the economy.

FRIDAY: After last night’s summit, the threat of No Deal appears to have receded. By next Friday – March 29 – we will know the fate of Mrs May’s deal, whether Parliament has ordered her to try something else, whether Brexit will be delayed, whether the Conservatives or Labour – or both – have pulled themselves apart in the process, and whether Mrs May is still in post.

It’s going to be a hell of a week.