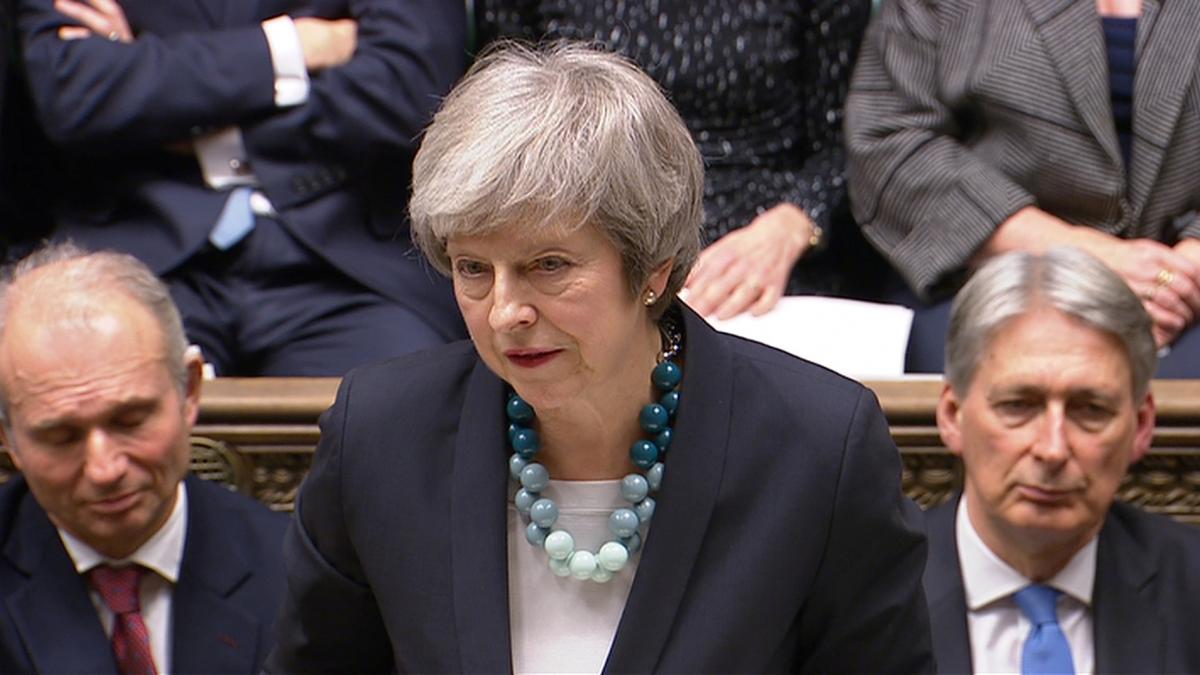 LONDON (Reuters) – British Prime Minister Theresa May abruptly postponed a parliamentary vote on her Brexit deal on Monday, throwing Britain’s plan to leave the European Union into chaos after admitting that she faced a rout.

May’s move on the eve of the scheduled parliamentary vote opens up an array of possible outcomes ranging from a disorderly Brexit without a deal, a last-minute deal clinched just weeks before Britain’s March 29 exit, or another EU referendum.

Announcing the delay, May was laughed at by some lawmakers when she said there was broad support for her deal reached with the EU last month, the result of 18 months of tortuous negotiations, and that she had listened carefully to different views over it.

With her position at home in open jeopardy, May said she would go back to the EU and seek reassurances over the so-called Irish backstop, aimed at ensuring there will be no return to a hard border on the island of Ireland as a result of Brexit.

“If we went ahead and held the vote tomorrow the deal would be rejected by a significant margin,” May told parliament, adding that she was confident it was the right deal.

“We will therefore defer the vote scheduled for tomorrow and not proceed to divide the House at this time,” May said. The United Kingdom would meanwhile step up contingency planning for a no-deal Brexit when it is due to leave on March 29.

The vote postponement marks what many lawmakers cast as the collapse of May’s two-year attempt to forge a compromise under which the United Kingdom would exit the EU while staying largely within its economic orbit.

It was not immediately clear whether the EU’s 27 other members, which have a combined economic might six times that of the United Kingdom, would countenance changes which would convince her domestic opponents to support a deal.

The leader of the opposition Labour Party, Jeremy Corbyn, said Britain no longer had “a functioning government” and called on May to “make way” for a Labour government.

Other smaller parties, such as the Scottish nationalists and the Liberal Democrats, said they would support a vote of no confidence in May’s government.

May indicated she was seeking further assurances from the EU on the working of the backstop – an insurance policy to avoid a return to border checks between the British province of Northern Ireland and the EU-member Irish Republic, and would seek to give the British parliament more power over its application.

May said that other EU leaders were open to a discussion about the backstop, though Germany’s foreign minister said he could not see what could be changed in the 585-page deal.

“Please, prime minister, really do start listening and come back with changes to the withdrawal agreement or it will be voted down,” said Nigel Dodds, deputy leader of the Northern Irish party which props up May’s minority government.

The Democratic Unionist Party are upset as the backstop could align Northern Ireland more closely with the EU than the rest of the United Kingdom. 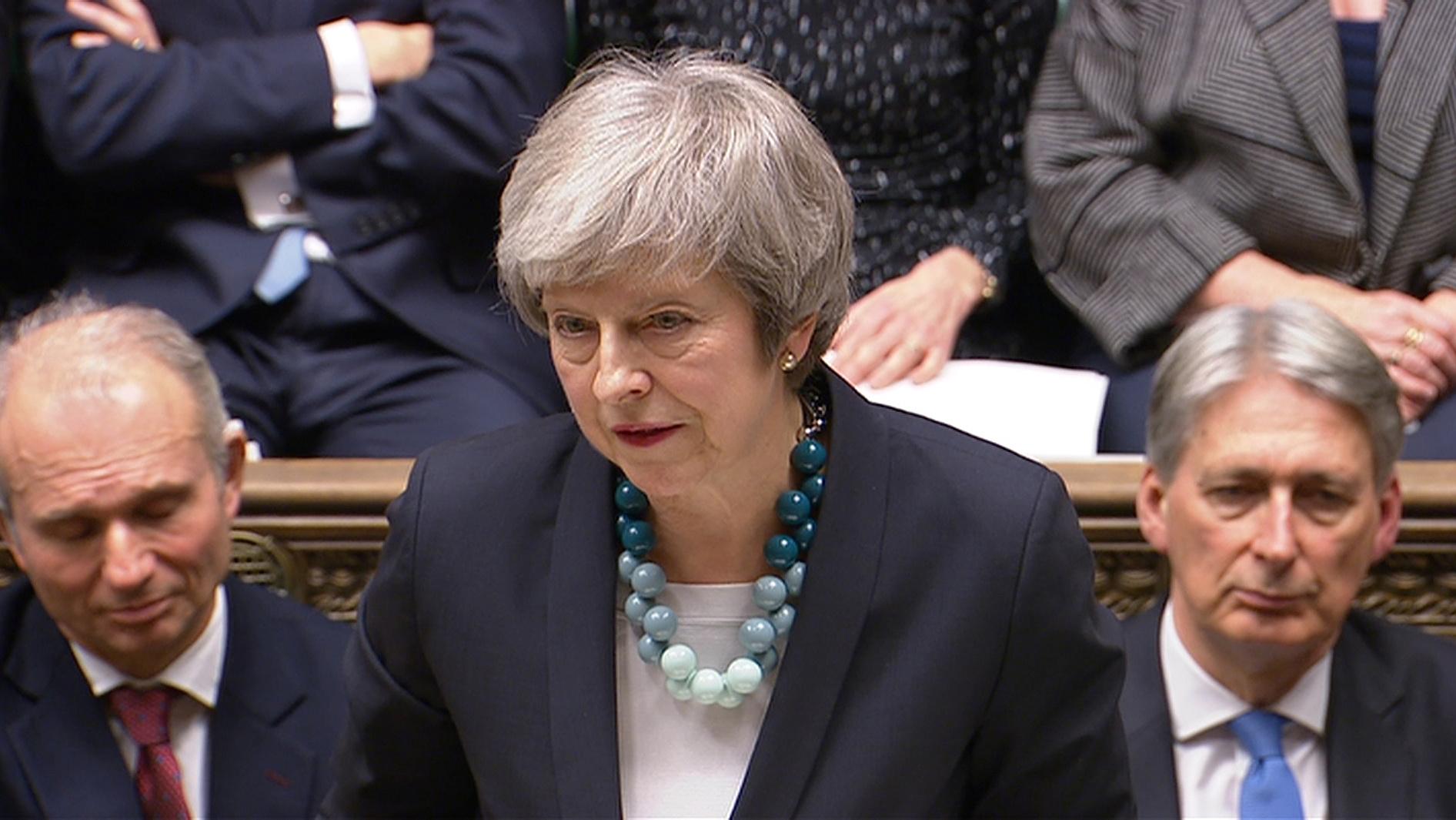 May said the deeper question was whether parliament wanted to deliver on the will of the people for Brexit, or open up the divisions in the world’s fifth largest economy with another referendum.

“If you take a step back, it is clear that this house faces a much more fundamental question: does this house want to deliver Brexit?” May asked.

Her decision to halt the vote came just hours after the EU’s top court, the Court of Justice, said in an emergency judgment that London could revoke its Article 50 formal divorce notice with no penalty. [nL8N1YF1JY]

“The United Kingdom is free to revoke unilaterally the notification of its intention to withdraw from the EU,” the court said.

The timing of the ruling on the eve of the British parliamentary vote was no coincidence – the court said it had ruled with unprecedented haste to ensure that British lawmakers would understand their options.

May said the result of the 2016 referendum, in which 17.4 million voters, or 52 percent, backed Brexit while 16.1 million, or 48 percent, backed staying in the EU, should be honored. The United Kingdom will leave as planned on March 29, she said.

John Bercow, speaker of the lower house of parliament, called for lawmakers to be given a vote on the decision to defer the vote on the deal itself. 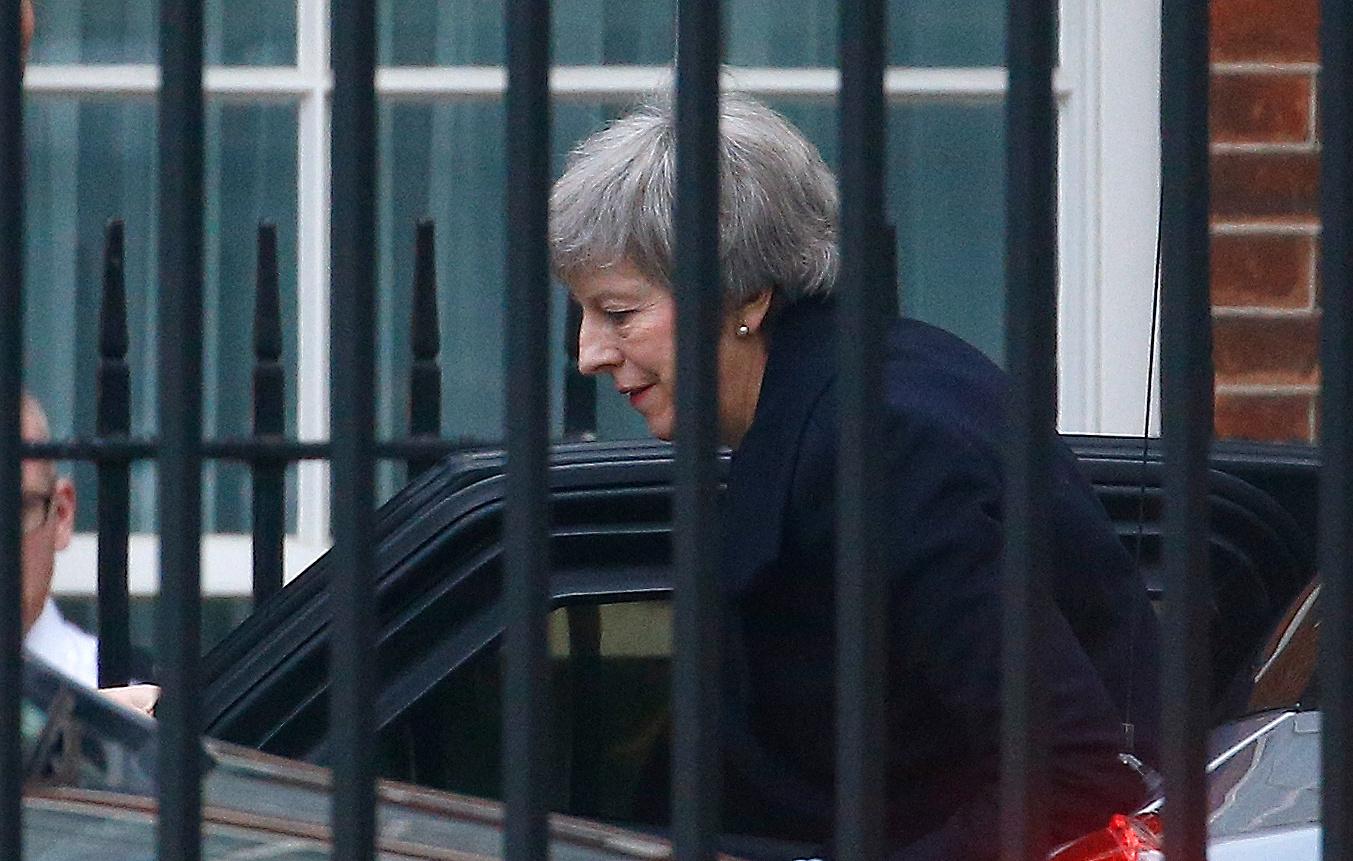 “I politely suggest that in any courteous, respectful and mature environment, allowing the house to have a say would be the right and, dare I say it, the obvious course to take,” Bercow said.

A spokesman for May said no vote was required to delay the Brexit vote and that a new date would depend on when her government got the assurances it needs to satisfy parliament.

Kansas takes over at No. 1 in USA TODAY Sports men’s basketball coaches poll