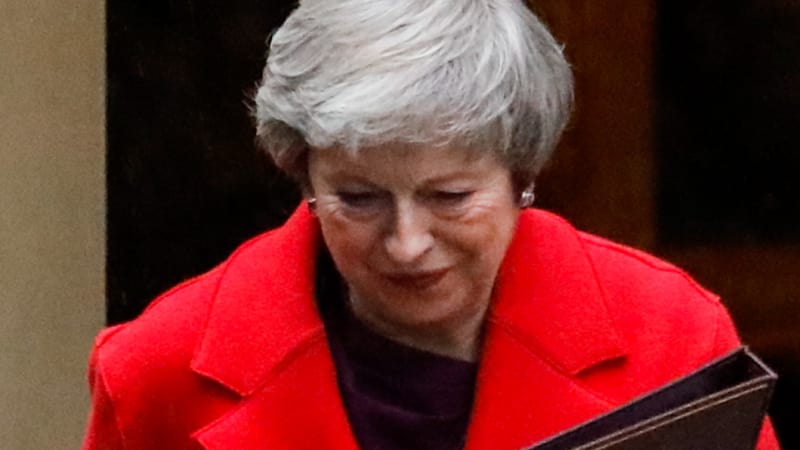 London: The British government may have sparked a constitutional crisis over Brexit, by refusing to publish legal advice it received on the deal it has struck to exit the European Union.

MPs said they suspected the government was hiding bad news, either on the length of time that the UK must submit to EU laws after Brexit in March, or on legal restrictions to its ability to strike future independent trade deals with countries like Australia. 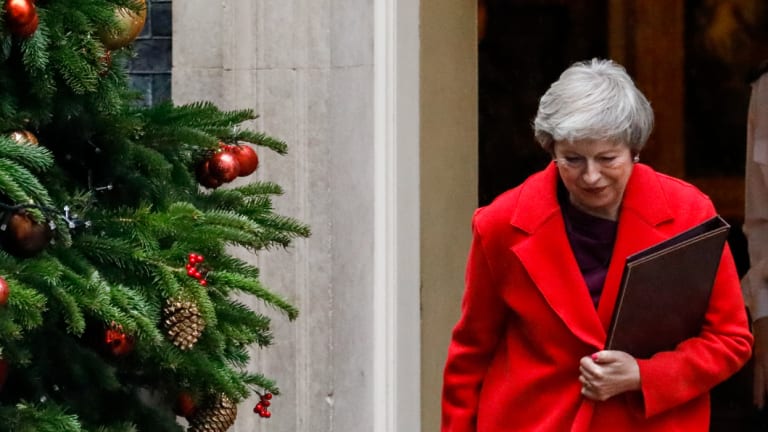 Theresa May is facing a steep uphill slog trying to get her Brexit deal through a hostile ParliamentCredit:Bloomberg

They cited a previous case in which the Blair government refused to release its advice on the legality of the Iraq War. That advice was only published years later, revealing the then attorney-general’s original opinion that the invasion was unlawful.

MPs will hold an emergency debate on Tuesday, after the House of Commons speaker John Bercow ruled there was an “arguable case” the government had committed a contempt of Parliament by withholding the Brexit opinion.

Tuesday was to have seen the start of the debate proper on the exit deal, which is due to culminate in a vote early next week. 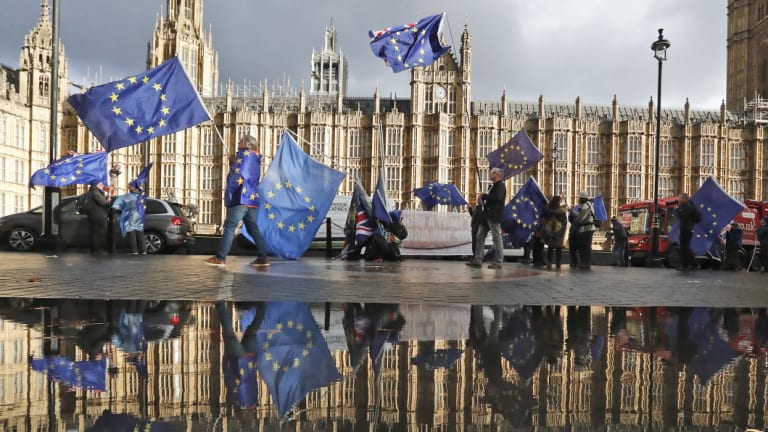 are reflected in a puddle as Protesters they wave European flags to demonstrate against Brexit in front of the Parliament in London on Monday.Credit:AP

The British Attorney-General faced a long grilling by MPs on Monday, repeatedly refusing to release the advice he had given the government despite a previous binding resolution passed by Parliament that he must do so.

The refusal was a decision of the whole government, not just Attorney-General Geoffrey Cox.

Cox said publishing the advice would be “fundamentally contrary to the interests of this country… in the course of a [Brexit] negotiation that might involve discussions about strengths, weaknesses and future strategies”. 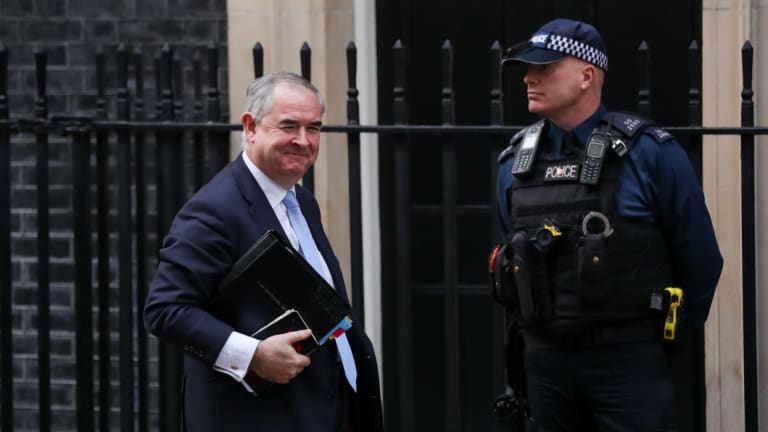 Though the exit deal was done, the UK needed to keep its cards close to its chest for next year’s opening of negotiations on the country’s future trade and customs relationships with the EU.

“I cannot take a step that I believe in conscience would be against the public interest and potentially seriously harmful to a fundamental constitutional principle and the temporal interests of this country in the midst of a negotiation,” Cox said.

Labour's shadow Brexit Secretary Sir Keir Starmer said he backed the contempt motion because it was “about parliamentary democracy and guaranteeing that MPs have the information they need to know – precisely what the government has negotiated with the European Union”.

Cox said he would “do everything I can” to answer MPs questions, and submitted to two hours of debate.

He said there were “unattractive and unsatisfactory elements” in the deal, particularly in the so-called “backstop” that comes into force at the end of the two-year post-Brexit transition period, if the UK and EU have not yet agreed on a future relationship.

That backstop would “continue to apply in international law” until it was superseded by a new deal, Cox said. The UK had no right to terminate it without the EU’s consent.

However he said the backstop could not last forever, as the longer it ran the more vulnerable it would be to a legal challenge,

On trade, Cox said the UK could not have an independent trade policy at the same time as it belonged to a “conventional customs union”.

It will remain in such a union at least until the Brexit transition period and backstop are ended.

Earlier, Prime Minister Theresa May had promised that “once we leave the EU we can and we will strike ambitious trade deals” and the UK would have an independent trade policy.

She said she had discussed future trade deals at the G20 meeting in Argentina with the hosts country as well as Canada, Australia, Chile, and Japan.

“Prime Minister Abe of Japan made it very clear that he looked forward to being able to discuss the United Kingdom’s possible membership of the Comprehensive and Progressive Agreement for Trans-Pacific Partnership, and, indeed, that was echoed by others with whom I spoke at the G20 summit,” May said.

She said during the Brexit implementation period the UK could negotiate, sign and ratify trade deals, and even bring some aspects of them into practice.

Last month a legal note prepared by the House of Commons EU legislation team concluded that the UK-EU customs union which would come into effect if the backstop was triggered “would be a practical barrier to the UK entering separate trade agreements on goods with third countries”.