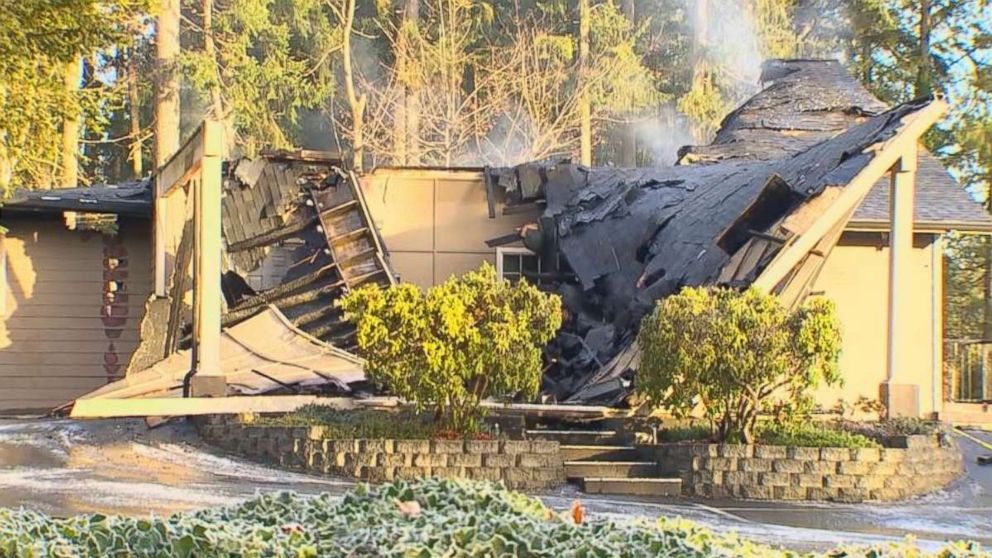 A string of attacks on houses of worship used by Jehovah’s Witnesses in Washington state are under investigation.

There have been four instances of arson and one shooting — spanning nine months and four locations — that investigators believe are connected to one another.

“As these incidents were located in close proximity to each other, it is believed that they are related,” said Jason Chudy, the public information officer for the Bureau of Alcohol, Tobacco, Firearms and Explosives’ Seattle division.

Chudy said that the investigation is ongoing and they are not publicly discussing “any suspects, if any, that we’ve identified.” 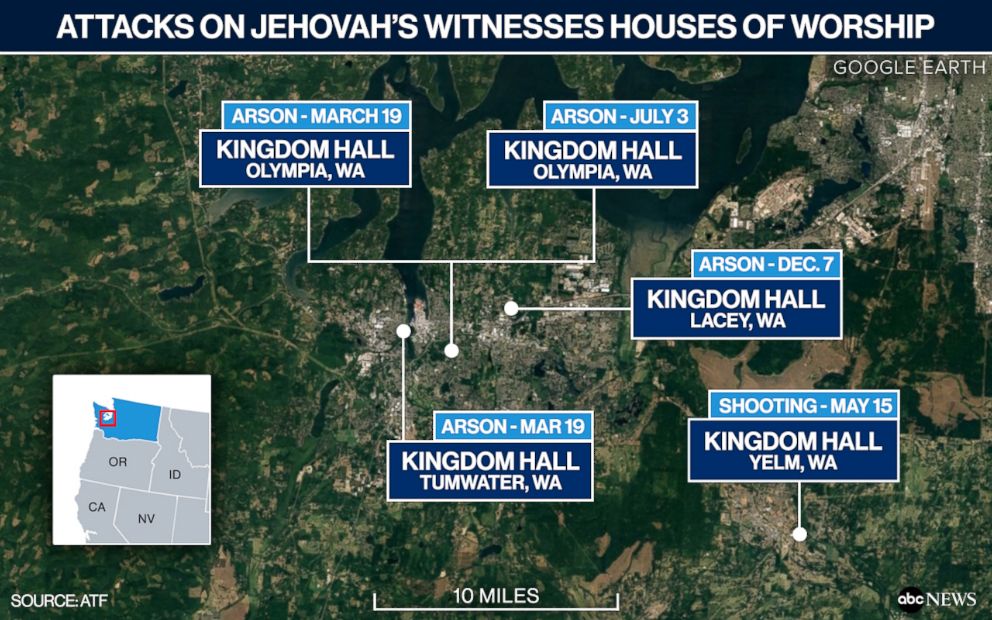 Two different houses of worship, referred to as Kingdom Halls, were targeted on the same day.

The two houses of worship, one in Tumwater, the other three miles away in Olympia, were set on fire.

“Damage to both was minor, limited to the exterior structures,” Chudy said.

Tumwater Fire Chief Scott LaVielle said that the Tumwater building sustained about $15,000 worth of damage, according to ABC affiliate KOMO-TV.

A little under two months later, another house of worship was attacked in the town of Yelm.

In this case, a suspect or suspects fired 35 rifle rounds at the Kingdom Hall.

Chudy said the shooting caused more than $10,000 in damage.

The fourth attack revisited one of the earlier targets, as the Kingdom Hall on Cain Road in the town of Olympia was lit on fire once again.

On July 18, Thurston County Sheriff John Snaza said that the four attacks up to this point are considered hate crimes, according to KOMO-TV.

After a five-month break, another attack was reported at the Kingdom Hall in the town of Lacey, closer to the first two targets. The building was “completely destroyed.”

Snaza expressed frustration at the series of attacks.

“It makes you feel really ill about somebody who has some sort of animosity towards any religion, yet alone a Jehovah’s Witness of Kingdom Hall,” Snaza said, according to KOMO. “So how frustrating is it that people who find a solemn place of worship, and now it’s being destroyed?”

Viral blanket search has mobilized Twitter for boy with disabilities

The Oilers Suddenly Have Everything They Could Want
World News