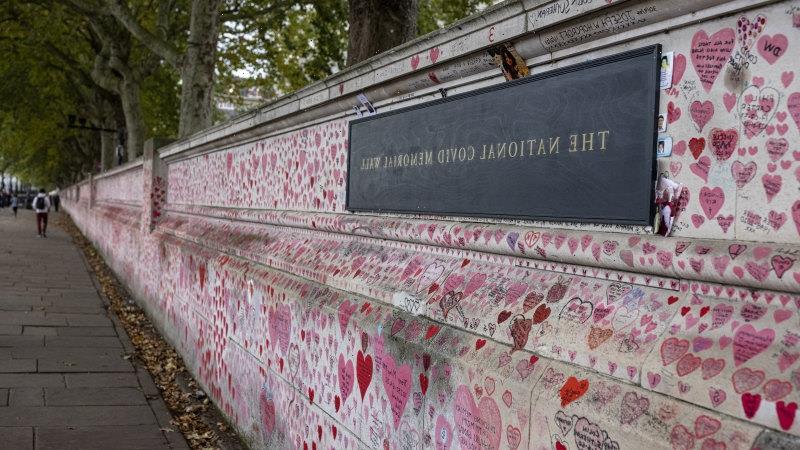 Brave or premature? Britain divided over end of COVID isolation

London: When British Prime Minister Boris Johnson ended the legal requirement to self-isolate after a positive COVID-19 test seven months ago, about 3.3 million people – almost one in 19 – in the United Kingdom were infected with the virus.

In early February, some cynics, with the memory of Johnson’s shambolic early handling of the crisis fresh in their minds, described the move as an attempted distraction from his own political scandals. 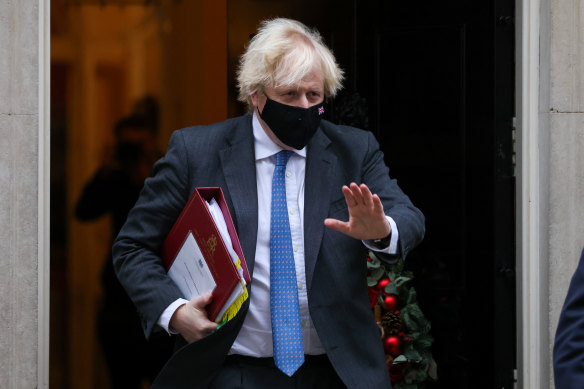 Boris Johnson’s bold move to end mandated isolation periods after a positive COVD test is still being debated in Britain.Credit:Bloomberg

Downing Street stressed the decision was not a recommendation that people should go to work if they had coronavirus, adding that “guidance” on appropriate behaviour would remain in place.

“Obviously in the same way that someone with flu, we wouldn’t recommend they go to work; we would never recommend anyone goes to work when they have an infectious disease,” it said, wary of a backlash from an anxious public.

It was, at the time, considered somewhat of a gamble and Johnson was condemned in some quarters as reckless and, as one union leader said, “going too far, way too soon”. Life, however, slowly returned to normal in London and major cities throughout the country. 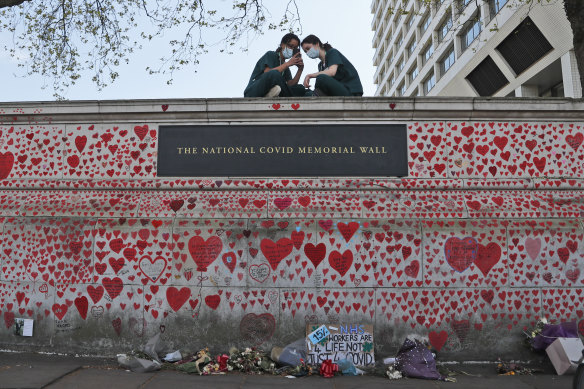 Nurses from the nearby St Thomas’ Hospital take a break atop the National COVID Memorial Wall in London.Credit:AP

As Australia and other nations emerge from a third long, cold COVID winter, Johnson’s bold move is being examined closely to determine if it was brave or indeed premature.

In Britain, some are warning that cases will most likely increase in autumn and winter as people spend less time in the open air, that disruption to school and university life will continue, and young people will once again be a vector of transmission to older generations.

“No longer mandating isolation periods isn’t going to make a big difference,” he said then. But he stressed the need to continue with “strong public health messaging”, adding that the government “must not pretend it’s over”.

Authorities held their nerves as a new variant appeared and, by the end of March, infection numbers hit a record 4.9 million at the peak of the Omicron BA.2 wave before falling again. Infections jumped again by a fifth in early June after Jubilee celebrations amid increased socialising, waning immunity and a drop-off in preventative measures helped spread the virus. 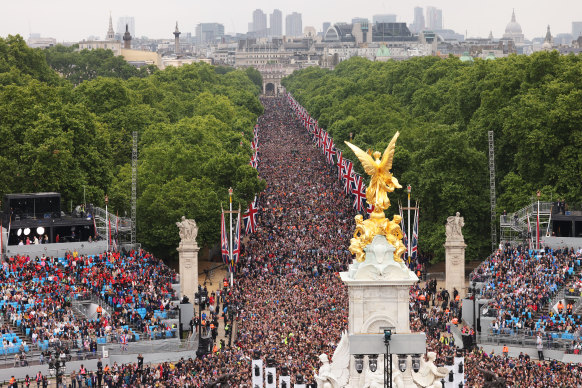 Crowds gather on The Mall in London to celebrate the Queen’s Platinum Jubilee in June.Credit:Getty Images

In the months since, case numbers have largely stabilised, not only because of a long, hot summer where windows are open and people have spent hours outside, but because of a dramatic fall in testing after the government scrapped free kits in April. Many people now have COVID without even knowing it.

The government took a calculated risk in lifting restrictions before all the data was in, and, most now agree the decision was justified. Politicians have to lead, after all, and the Band-Aid needed to be ripped off.

While more than 200,000 Britons have now died with COVID mentioned on their death certificates, the virus is not the killer it once was. At the start of the pandemic, one in 100 people who caught it died. Now, that figure is as low as one in 3000.

On Thursday, the last coronavirus requirements in England will be scrapped when even hospital patients and care home residents will no longer be tested for COVID-19 unless they have symptoms.

In the latest estimates of infections, released last week, cases fell by 16 per cent from the previous week. One in every 45 people were believed to be infected – about 2.2 per cent of the population.

The government said it expected prevalence to remain low following the most recent wave, caused by the BA.4 and BA.5 variants of Omicron. The authorities now intend to protect individuals through vaccination and antiviral treatments, instead of isolation and testing.

“This reflects the fact case rates have fallen and the risk of transmission has reduced, though we will continue to closely monitor the situation and work with sectors to resume testing should it be needed,” he said.

Barclay said the upcoming autumn booster program would offer jabs to protect those at greatest risk from severe COVID-19.

In an editorial last month, The Times declared: “Draconian restrictions on the model of 2020 are not necessary or desirable but modest measures to arrest the spread of infection, including a return to mask-wearing on public transport and encouraging social distancing, would be prudent.”

Ending mandatory isolation for positive cases relegated COVID from the front pages of newspapers and TV news bulletins, but the move did not result in a massive uptick in economic activity.

Gross domestic product, the measure of the quantity of goods and services produced, fell 0.1 per cent in the second quarter this year after rising 0.7 per cent in the previous quarter, as households cut spending when the cost of living crisis began to bite and health sector output fell as cases and testing declined.

Warning that a new wave could put added pressure on the stretched public hospital system, a think tank headed by former prime minister Tony Blair has called for the government to adapt to the changing circumstance and make face masks compulsory on trains and buses.

The National Health Service (NHS) is struggling, though not directly because of the virus. Of the 92,000 general acute beds that are open in England, fewer than 5000 are occupied by patients who are there because of COVID.

The proportion of people being treated for very severe infections and needing intensive care remains lower than earlier in the pandemic, as vaccinations continue to protect people from severe disease.

But the system is facing a record backlog of patients waiting for treatment following more than two years of disruption.

The number of people waiting more than 12 hours in emergency departments rose 33 per cent in July from the previous month, according to data from NHS England, a record high that underscores the intense pressure facing the health system. 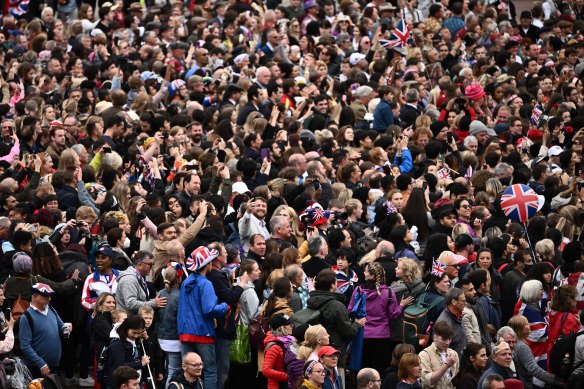 People on The Mall cheer Queen Elizabeth on the last of four days of celebrations to mark her Platinum Jubilee.Credit:AP

Face coverings have not been in force since July last year, but Blair’s institute said, “the strategic implementation of mask mandates should be considered for this autumn and winter” on public transport.

It also suggested masks should be brought back for indoor events if a new variant emerges that causes a surge in hospitalisations. Blair has also called for the COVID booster vaccination campaign to be expanded to include all adults.

Current guidance from the Joint Committee on Vaccination and Immunisation says that over-50s, the clinically vulnerable and frontline health and social care workers can get a booster, with all expected to get an upgraded, Omicron-specific jab.

“This winter will bring a perfect storm, resulting in unprecedented demand and reduced capacity, which will combine to create the worst winter crisis in the NHS’s history,” the report from the Tony Blair Institute for Global Change warned.

“The government must do whatever it takes to support the NHS through this period and act immediately to avert an unmitigated disaster.”

While official health guidance in the UK remains “try to stay at home and avoid contact with other people for five days” after they start feeling unwell, a new study by Imperial College London, released last week, now suggests this five-day period is not long enough to cut transmission.

In the first real-world study of its kind, experts monitored 57 people at home after they were exposed to the coronavirus to test how long they remained infectious. The participants completed questionnaires about their symptoms and had daily tests looking at how much virus they were shedding each day.

Only one in five was infectious before their symptoms developed, but two-thirds of cases were still infectious five days after first reporting symptoms.

Professor Ajit Lalvani, the lead author, said that, under a crude five-day self-isolation period, two-thirds of cases released into the community would still be infectious – though their level of infectiousness would have reduced substantially.

He said that people should isolate for five days and not leave isolation until they had tested negative twice on rapid tests.

“We recommend that anyone who has been exposed to the virus and has symptoms isolates for five days, then uses daily lateral flow tests to safely leave isolation when two consecutive daily tests are negative.”

Adam Finn, a professor of paediatrics at the University of Bristol and a member of the Joint Committee on Vaccination and Immunisation, said the fact that the booster program was now focused entirely on people at enhanced risk of serious illness might help this winter. Eight out of 10 of those aged 75 and over had the spring booster.

He stressed the need for clear communication over the booster program.

“We’ve got a tool that is really good at stopping the old folks from dying,” he said. “We’ve more or less given up on the idea of mass immunisation to control the spread of infection. Vaccinating everyone every three months is just not feasible.”