BARONESS Michelle Mone has had the Tory whip removed amid a crime probe into £200m worth of PPE contracts.

The bra tycoon is being investigated by the House of Lords sleaze watchdog over claims she pressured ministers during the pandemic to award government contracts to PPE Medpro, a firm she allegedly has links to. 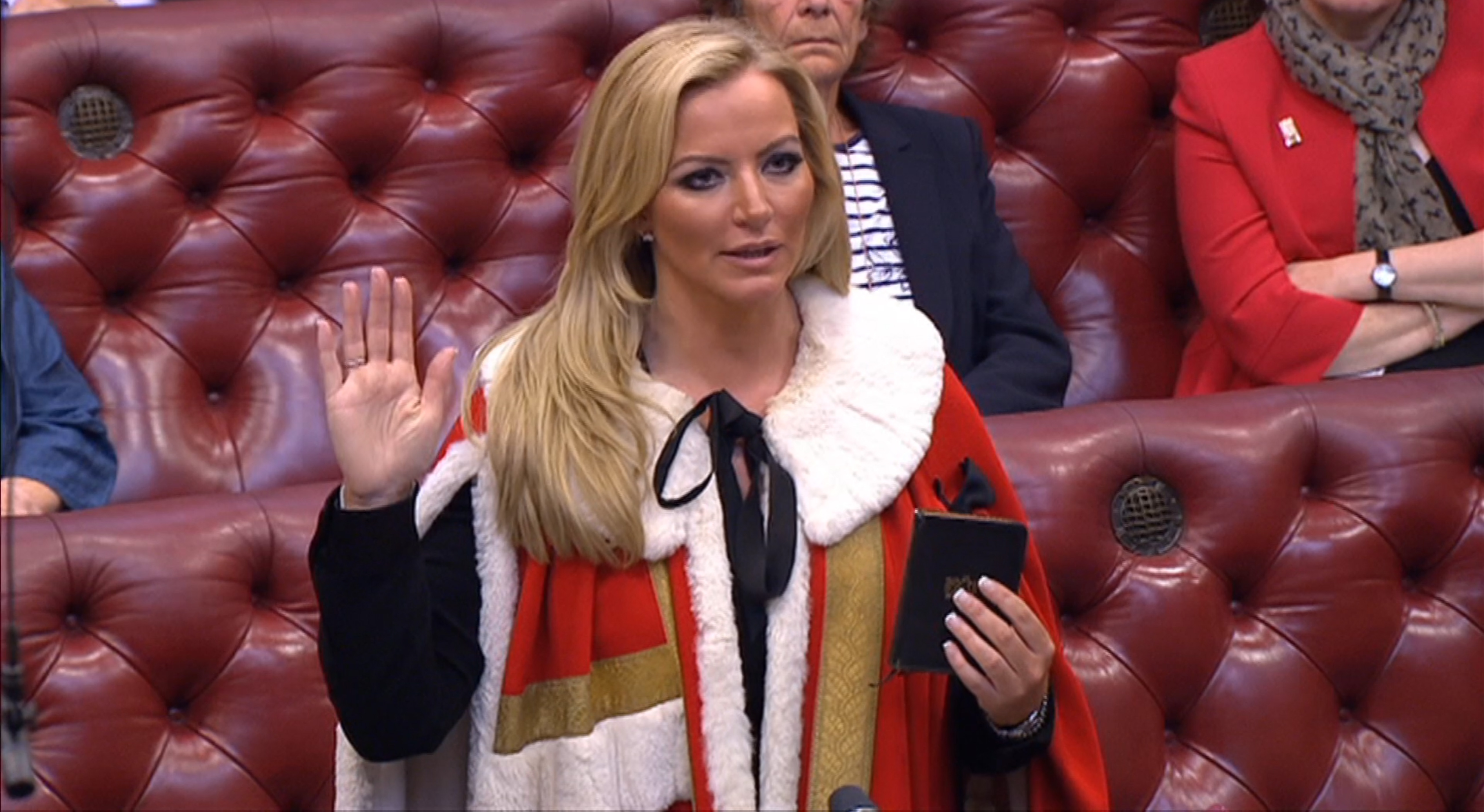 Meanwhile, the UK's National Crime Agency has launched a potential fraud investigation into the company.

Yesterday, Baroness Mone announced she's taken a leave of absence from the House of Lords while the two probes are ongoing.

He told MPs: "Let me say, like everyone else I was absolutely shocked to read about the allegations.

"It is absolutely right that she is no longer attending the House of Lords and therefore no longer has the Conservative whip."

MPs and peers are not allowed to use their political positions to Lobby on behalf of private companies who they receive money from.

Lawyers for Baroness Mone say she's "not connected to PPE Medpro in any capacity" and deny accusations she profited from the pandemic contracts. 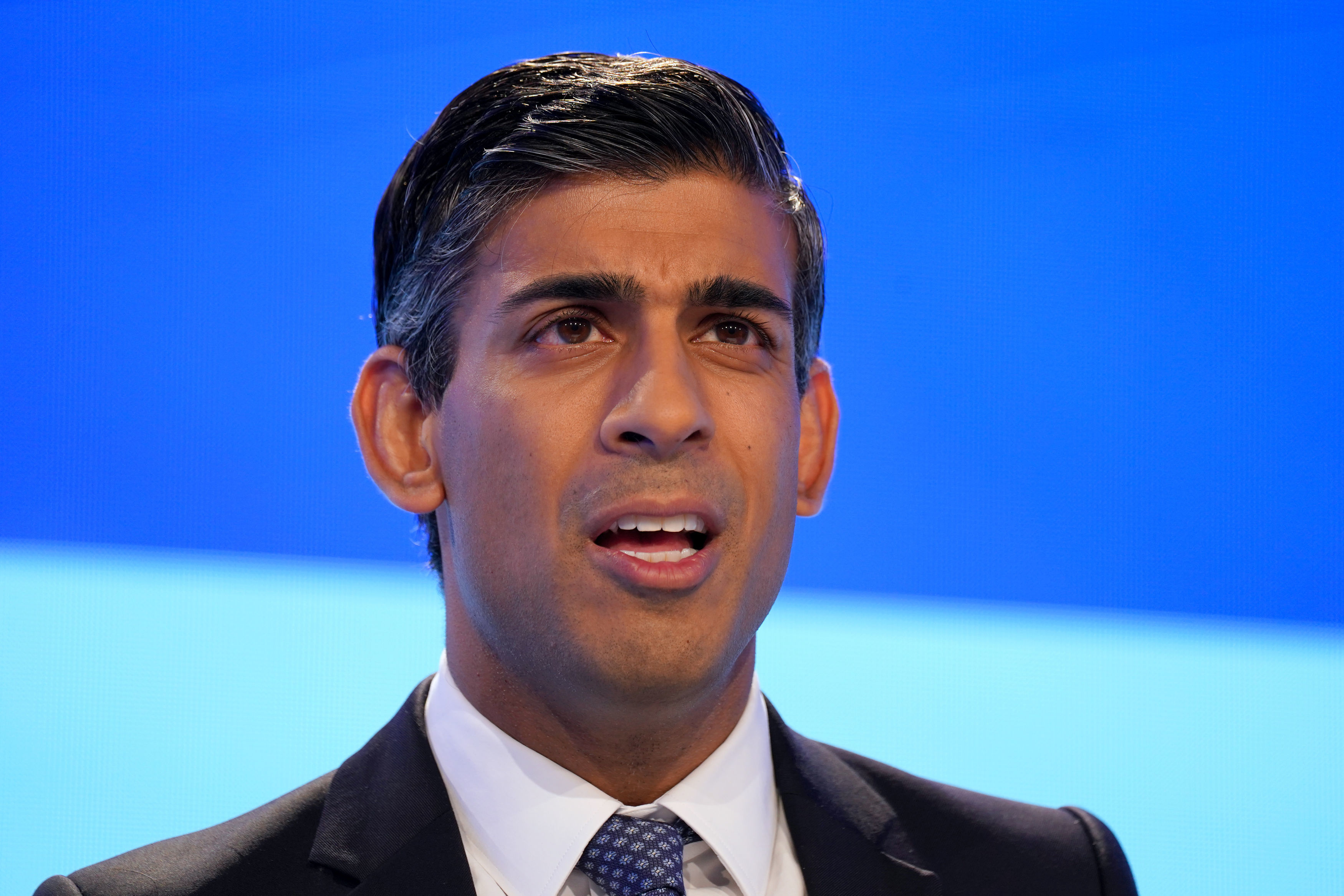 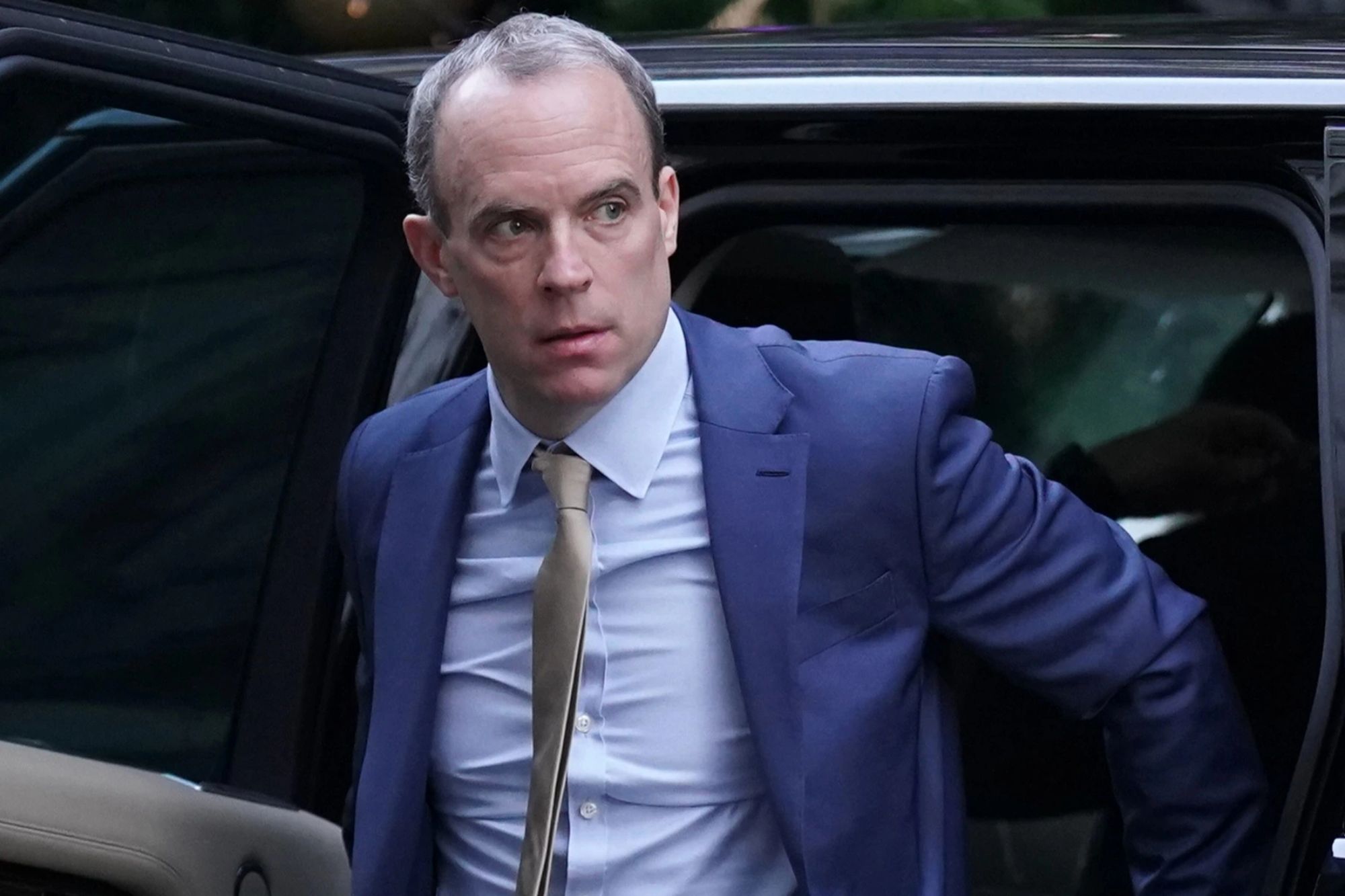 Rapists will not be let out early to solve prison overcrowding, insists Raab 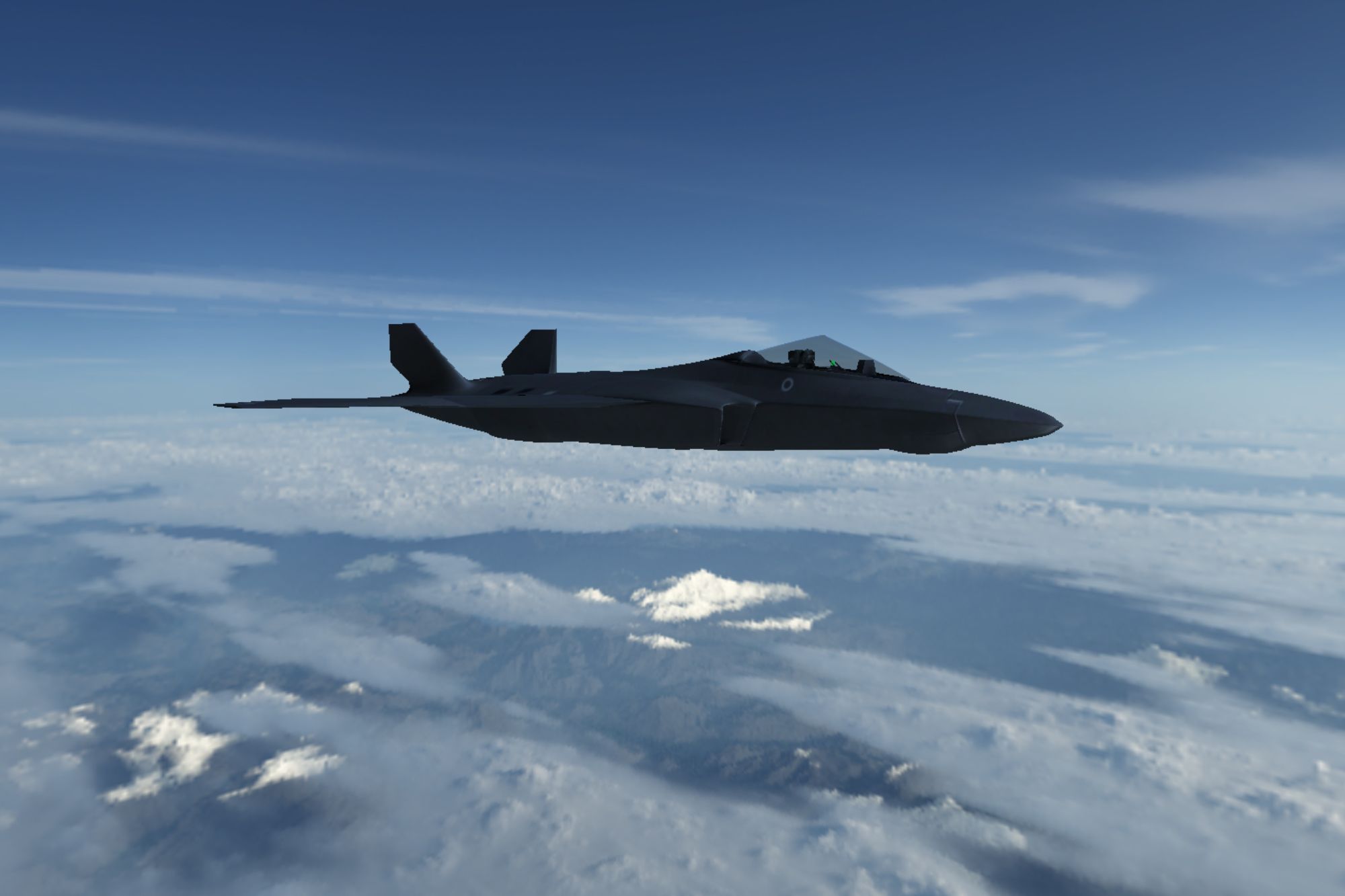 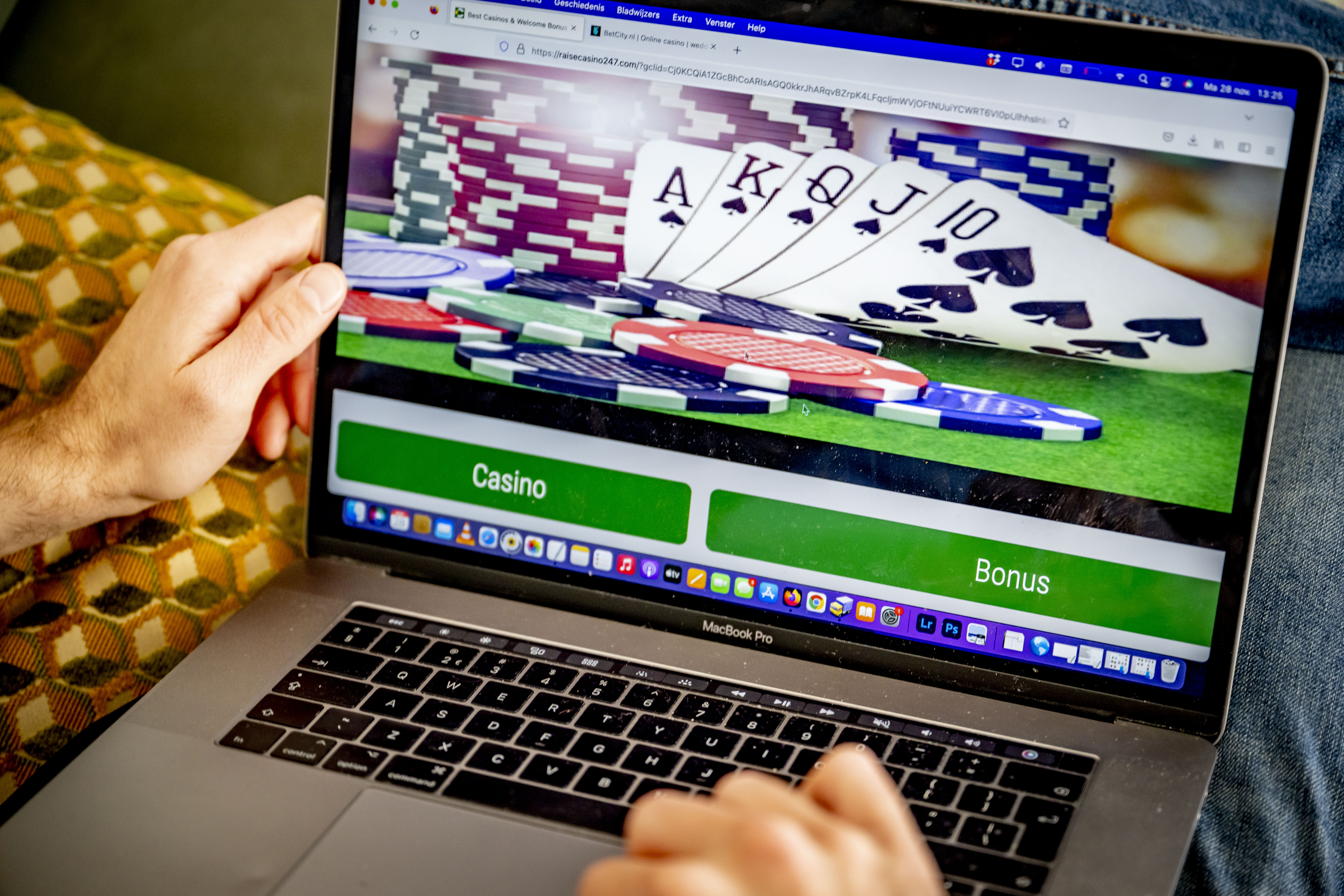 A spokesman for the peer said: "With immediate effect, Baroness Mone will be taking a leave of absence from the House of Lords in order to clear her name of the allegations that have been unjustly levelled against her."

Isle of Man-based PPE Medpro and a UK subsidiary were formed in May 2020, weeks before being awarded contracts to supply 25 million sterile gowns and masks.

The Guardian revealed earlier this year how gowns bought by the government for £122million had been purchased from a Chinese manufacturer for £46million.

But the gowns were never used by the NHS after being rejected following an inspection.

Rapists will not be let out early to solve prison overcrowding, insists Raab

But she has made clear she had no role or function in the company.

During the pandemic Lady Mone referred PPE Medpro to the office of fellow Tory peer Theodore Agnew, then a Cabinet Office minister responsible for procurement.

The company was added by Lord Agnew’s office to the Government’s “VIP lane,” which is said to have given companies a ten times greater chance of being awarded a PPE deal.

Today Mr Sunak defended the fast-track lane, claiming it was necessary in order to urgently get PPE to hospital staff.

The PM said: "What everyone was doing at the time was working as hard and as quickly as they could to get the PPE needed for our frontline workers, including our nurses.

"There was an independent procurement process and ministers were not involved in the decision making. But it was right. It was right that people gave their ideas about where to get them from."

Yesterday, Labour brought forward a motion in the Commons forcing the government to publish documents relating to the contracts.

Tory MPs didn't oppose the move, so emails and texts between the Baroness and ministers relating to PPE will published.

A spokesperson for the Department of Health and Social Care said: "Due diligence was carried out on all companies that were referred to the department and every company was subjected to the same checks.

"We acted swiftly to procure PPE at the height of the pandemic, competing in an overheated global market where demand massively outstripped supply."