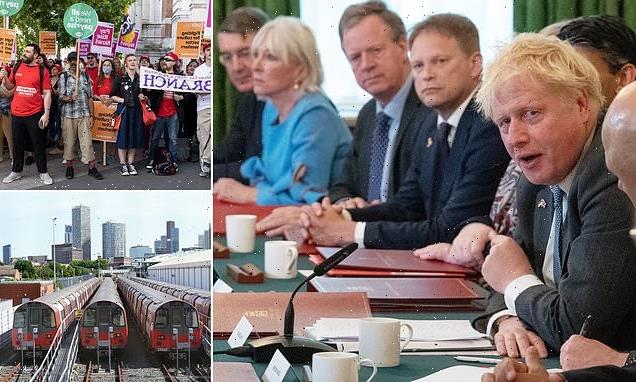 Boris Johnson yesterday vowed to ‘stay the course’ against union militants, amid fears the rail strikes could spread like wildfire throughout the public sector.

The Prime Minister told his Cabinet pay restraint was vital in the public sector, despite unions threatening walkouts in schools, hospitals and other services.

Downing Street said inflation-level pay rises would risk a wage-price spiral, fuelling even higher prices. The PM’s spokesman said: ‘The consensus view is that providing pay rises that chase inflation only adds to the problem. That would take the most money from people in the long term.’

Imminent public sector pay reviews are expected to recommend rises of around 3 per cent. The Communication Workers Union yesterday became the latest to push for strike action, with 115,000 postal workers balloted for strikes over a 2 per cent pay offer. 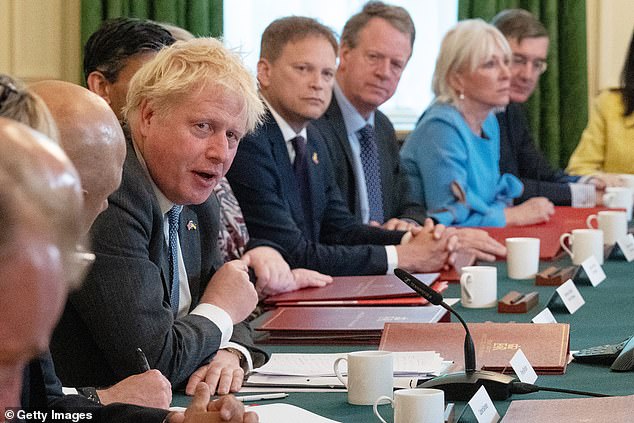 Britain’s Prime Minister, Boris Johnson, speaks at the start of a Cabinet meeting in Downing Street on June 21, 2022 in London, England 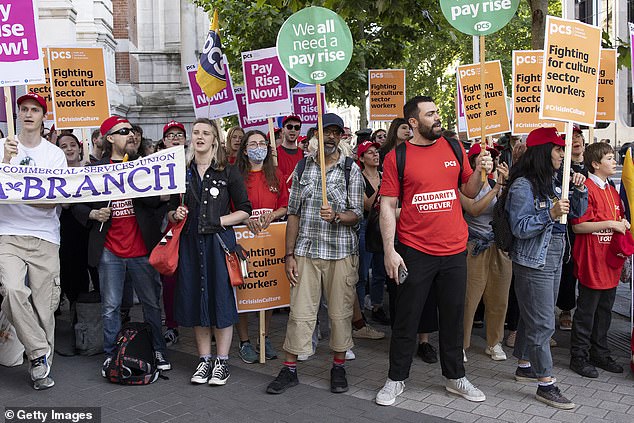 Members of the PCS Trade Union whom work in the culture sector protest at The V&A against the building being used for a Conservative Party fundraiser on June 20, 2022 in London, England 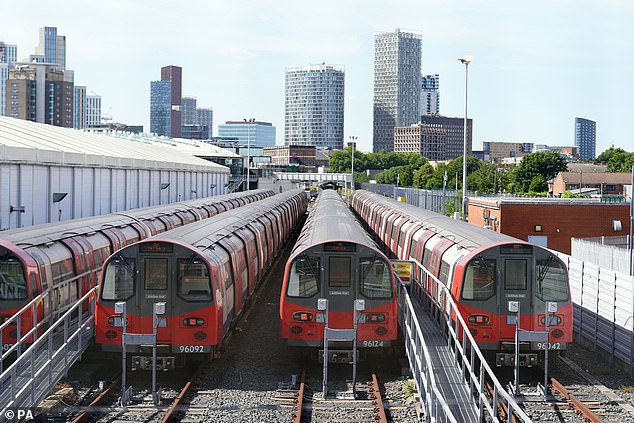 Jubilee line trains parked at the London Underground Stratford Market Depot in London, as London Underground workers joined members of the Rail, Maritime and Transport union in their nationwide strike in a bitter dispute over pay, jobs and conditions. Picture date: Tuesday June 21, 2022

Deputy general secretary Terry Pullinger described Royal Mail’s offer as ‘totally inadequate’ and demanded an ‘inflation-based, no strings’ rise. The National Education Union has warned it will ballot members today unless teachers are offered an inflation-level pay rise. General Secretary Mary Bousted acknowledged ‘a risk’ that the demand would fuel further price hikes, but said: ‘The risk if you don’t pay teachers properly is greater.’

Pat Cullen, general secretary of the Royal College of Nursing, has called for nurses to get a rise worth 5 per cent above inflation. The British Medical Association has said doctors deserve inflation plus 2 per cent.

No 10 warned that inflation-level pay rises were ‘not feasible across the board at the moment’. The PM’s spokesman said: ‘There is certainly a great deal of work going on across Government to mitigate any disruption that we might see from strike action.’

Ministers will press on this week with plans to end a 50-year-old ban on using agency workers to break strikes. Transport Secretary Grant Shapps confirmed that the Government will also bring forward legislation to require unions to provide ‘minimum service levels’ during strikes in essential services.

Addressing yesterday’s rail strike – the biggest for 30 years – Mr Johnson called for the ‘union barons to sit down with Network Rail and the train companies’ and agree to reforms including the end of dozens of outdated practices that have plagued the industry for years. 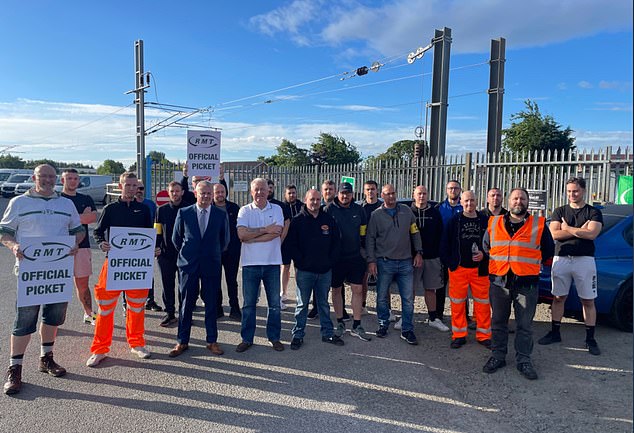 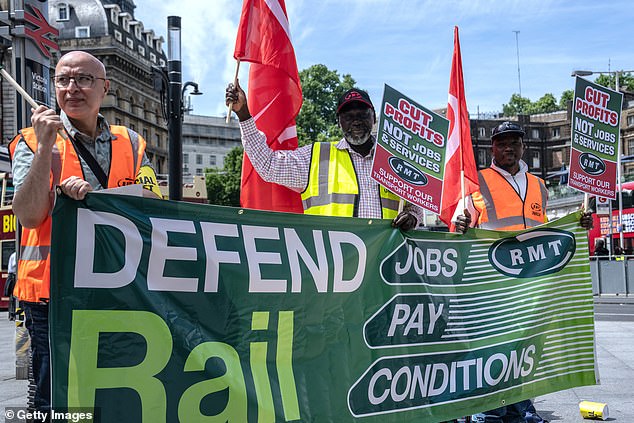 He said the ‘wrong and unnecessary’ strikes caused ‘significant disruption and inconvenience up and down the country’, adding: ‘We need, I’m afraid, everybody – and I say this to the country as a whole – we need to get ready to stay the course.

‘Because these reforms, these improvements in the way we run our railways are in the interests of the travelling public, they will help to cut costs for fare-payers up and down the country.’

Chancellor Rishi Sunak told the Cabinet that wider spending must be constrained to curb inflation.

A source said he also warned against immediate tax cuts, saying the Government should ‘not take any action that would feed into inflationary pressures, or reduce the Government’s ability to lower taxes in the future’.

Downing Street said its spending would not be increased to reflect the surge in inflation, meaning many areas would face a real-terms cut in the coming years. The PM’s spokesman said the last spending review was ‘relatively generous’, adding: ‘The public would expect us to work within that.’