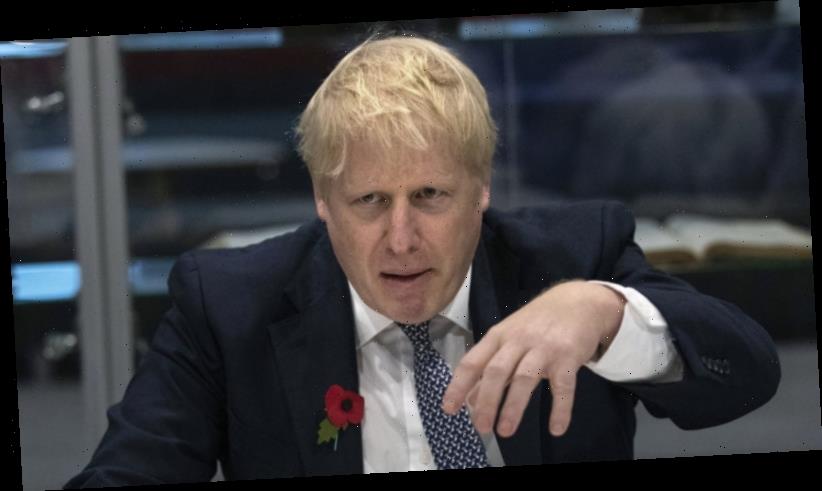 London: Boris Johnson has stumbled out of the starting blocks in his bid for reelection, with a senior minister forced to resign from the government just hours before the Conservatives’ official campaign launch.

Johnson urged voters to “come with us” and vote for an “oven-ready” Brexit deal, saying he had “got to the stage I wanted to chew my own tie in frustration” at Parliament’s insistence on delaying Brexit. 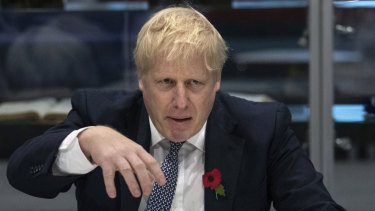 He promised billions of pounds for schools and a new “Australian-style” immigration system.

And he warned that under Labour 2020 would be a "horror-show of dither and delay" on Brexit.

But Johnson's speech outside 10 Downing St after visiting the Queen to ask her to dissolve parliament was immediately criticised for stretching the truth. 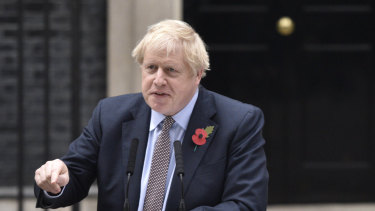 Fact checkers questioned several claims including that his government was building “40 new hospitals” (including unfunded or yet-unscheduled projects), and that he had not wanted an election (he tried four times to force an election, even after parliament had shown signs it would pass his Brexit deal).

The speech came an hour after the resignation of Welsh Secretary Alun Cairns over allegations he had lied about not knowing a key aide had been accused of sabotaging a rape trial.

And it followed a series of missteps by senior Conservative figures and outrage over a “doctored” campaign video put out by party headquarters.

Business minister Nadhim Zahawi admitted to the BBC it had been "a difficult 24 hours" for the Conservative Party. 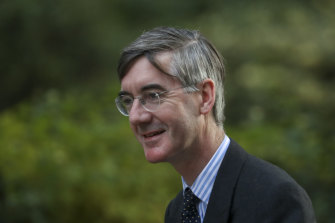 Apologised for his comments on the victims of a tragic fire: Jacob Rees-Mogg, leader of the House of Commons. Credit:Bloomberg

Prominent Brexiteer Jacob Rees-Mogg, the government’s leader in the House of Commons, had apologised after suggesting victims of the Grenfell Tower inferno lacked “common sense” in following firefighters’ advice to stay in the building.

Backbencher Andrew Bridgen initially defended Rees-Mogg by saying “we want clever people running the country” before offering his own “unreserved” apology saying “I realise what I said was wrong and caused a great deal of distress and offence”.

And Conservative party chairman James Cleverly was on the back foot defending as “light-hearted and satirical” a Tory election ad on social media. The ad used doctored footage of a TV interview with Labour Brexit spokesman Kier Starmer to make him appear speechless defending his party’s Brexit policy – when in fact he had responded without hesitation.

Starmer called the ad an “act of desperation” by the Conservatives.

Johnson himself courted controversy on Wednesday with a column for the Daily Telegraph, his former employer, in which he likened Labour leader Jeremy Corbyn to Soviet dictator Joseph Stalin in his attitude to rich people. 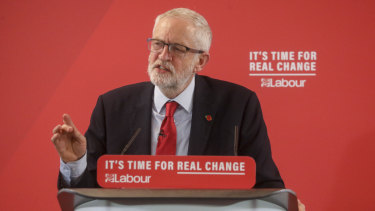 Johnson compared Jeremy Corbyn, leader of the Labour party, to Josef Stalin, the former leader of the Soviet Union.Credit:Bloomberg

In his speech outside 10 Downing St Johnson accused Corbyn of having “sided with [Russian president Vladimir] Putin when Russia ordered a poisoning on the streets of Salisbury”, a reference to Corbyn’s early uncertainty over whether the Kremlin was behind the 2018 Novichok nerve agent assassination attempt.

Opinion polls give Johnson a comfortable lead and put him firmly on track to majority government.

In an effort to clear the decks for his campaign, which was due to be launched officially on Wednesday evening, he accepted the resignation of Cairns, who will still seek reelection as an MP.

An aide to Cairns was accused by a judge of having deliberately sabotaged a rape trial by giving evidence in front of a jury the judge had warned was inadmissable.

Cairns had initially denied knowing the aide had done this, but the BBC reported he had in fact been told about it.

In his resignation letter Cairns said he would cooperate in full with an investigation into whether he had breached the Ministerial Code “and I am confident I will be cleared of any breach or wrongdoing”.

Wales is seen as a crucial election battleground where the Conservatives expect to offset potential losses in Scotland and the south.

Meanwhile, Jeremy Corbyn set out a list of ten commitments for Labour’s first term in government, including ending the use of food banks, ending rough sleeping and building a million new homes.

He promised to be a “a very different kind of prime minister” who “only seeks power in order to share power”.