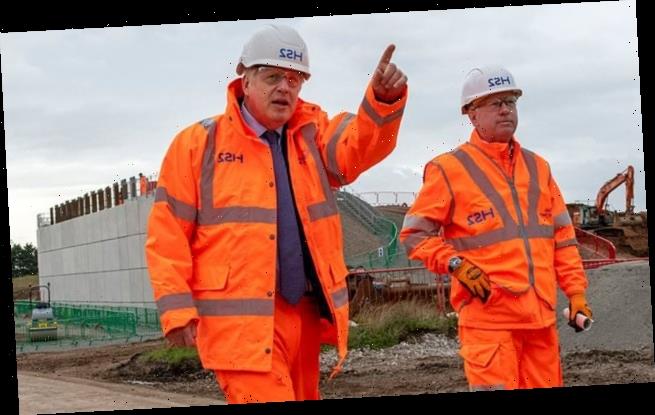 Boris Johnson today faced accusations of breaking his own social distancing rules after it was claimed he addressed a roomful of Tory MPs who were packed in ‘cheek by jowl’.

The Prime Minister spoke to the 1922 Committee of Conservative backbenchers on Wednesday afternoon in Parliament.

The room was marked as having a maximum capacity of 29 people in order to prevent the spread of coronavirus.

But reports have suggested there were at least 50 Tories present to listen to the premier’s address.

The official 10 Downing Street Twitter account tweeted a warning to the general public not long after the meeting ended that ‘gatherings of more than 30 people are illegal’.

The tweet said: ‘Breaking the rules could cost you thousands. If you attend an illegal gathering, you could be fined £100, increasing on each offence up to £3,200.’ 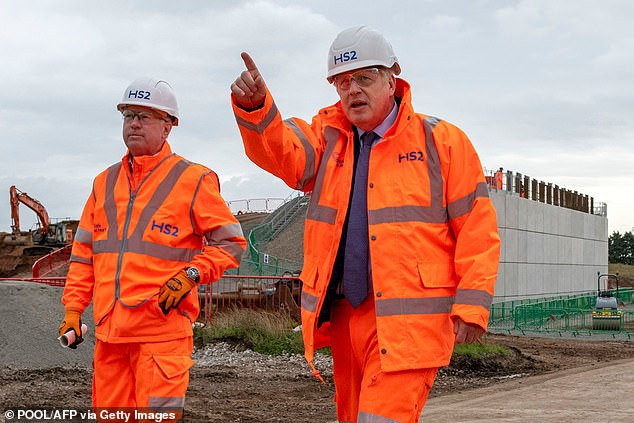 Boris Johnson, pictured during a visit to Solihull today, is under fire after it was claimed he addressed a meeting of 50 Tory MPs

Downing Street today did not deny concerns that social distancing rules may have been breached as critics demanded a parliamentary investigation into the gathering.

Mr Johnson had apparently remarked that his colleagues were packed in ‘cheek by jowl’ as he gave the speech to the 1922 Committee, according to the Bloomberg news agency.

He is also said to have commented that he wanted members of the public to be meeting together in a similar way by Christmas.

The Prime Minister’s deputy official spokesman repeatedly refused to clarify the circumstances surrounding the meeting when pressed on whether rules had been broken, or why Mr Johnson had not left the room if it was too full.

‘I’m not privy to the detail, it’s a political event,’ the spokesman said.

Sir Graham Brady, the chairman of the influential committee of backbenchers, insisted ‘social distancing of one metre plus was maintained’.

But the Liberal Democrats have demanded a formal probe into what happened as Commons Leader Jacob Rees-Mogg was asked to carry out a ‘full investigation’.

The Lib Dems warned that the meeting could ‘undermine faith’ in the Government during a time of crisis as the party suggested the Tories were guilty of ‘hypocrisy’. 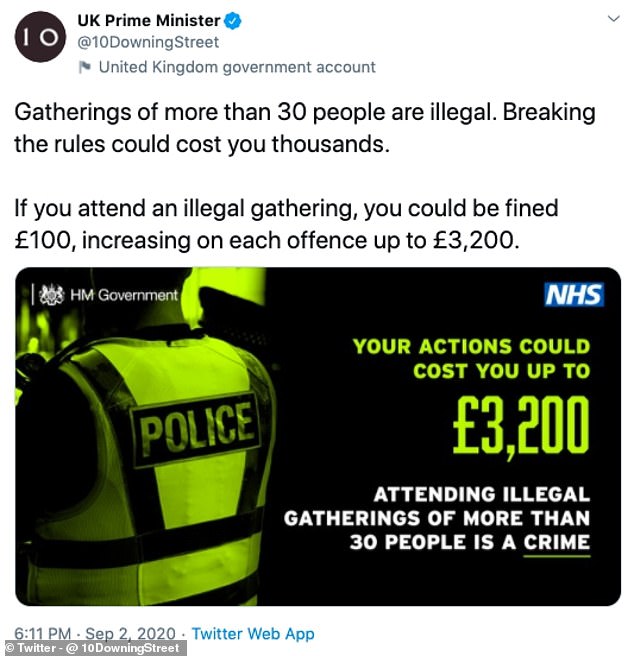 The party’s shadow Commons leader Wera Hobhouse said: ‘Reports such as those of the 1922 Committee undermine faith in government and ultimately impact the effectiveness of government public health messaging.

‘We cannot allow it to look as though there is one rule for Conservative MPs and another for the rest of the country.’

In a message, Sir Graham said: ‘The committee room is a workplace and social distancing of one metre plus was maintained as per Government guidance for other workplaces.

‘Obviously it is important that the democratic process is not interrupted.’