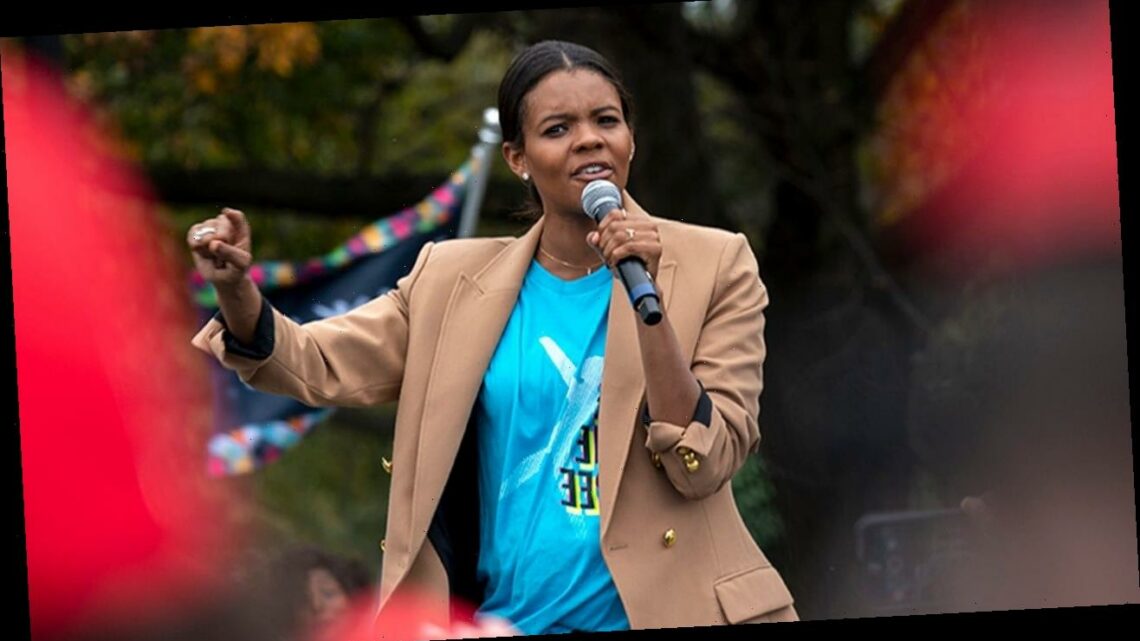 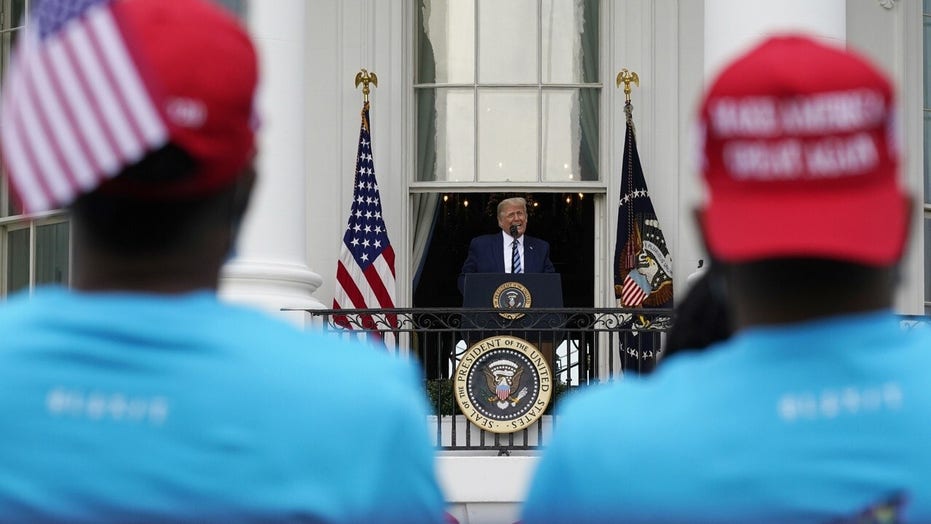 Matt Bennett and Brad Blakeman react to President Trump’s first event since being diagnosed with the coronavirus on ‘America’s News HQ.’

"Black and Latinos Americans do not support the Marxist, anti-police rhetoric that has become fashionable in the media," Owens tweeted Saturday. "Today, thousands of us have descended upon Washington D.C to [back the blue]. Minorities do not belong to the Left."

TRUMP WARNS US WILL BE 'SOCIALIST NATION' IF DEMS WIN, IN 1ST EVENT SINCE RETURN TO WHITE HOUSE

Owens created BLEXIT, a combination of "Black" and "exit," in 2018 to encourage Black Americans to leave the Democratic Party.

Only 8% of Black Americans supported President Trump in 2016, and his 2020 campaign has made a push to attract more minority voters.

"Every day, more Black and Latino Americans are leaving behind left wing politicians and their failed ideology," the president said in his speech at the White House Saturday. "What they are, they failed for many years and many, many decades. Democrats have run nearly every inner city in America."

BIDEN HAS THE EDGE ON RACE RELATIONS: POLL

But roughly three weeks out from the election, there doesn't appear to be much evidence that the Trump 2020 campaign has made inroads with Black voters.

A Pew Research poll released this week found Black support for the president is unchanged from 2016, as just 8% of Black Americans support the Trump, while 89% support Biden. 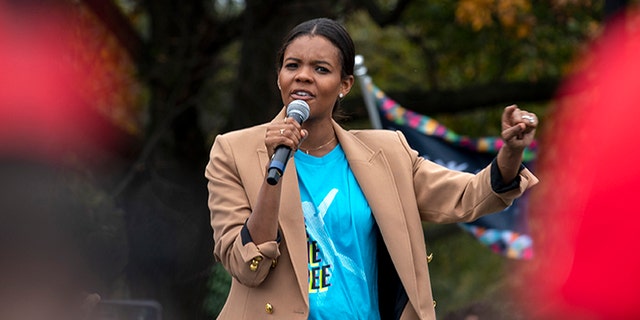 Conservative commentator and political activist Candace Owens speaks during a rally at The Ellipse, before entering to the White House, where President Donald Trump will hold an event on the South lawn on Oct. 10, in Washington. (AP Photo/Jose Luis Magana)

Despite that, Owens is betting that Trump's law and order message will ultimately push more minority voters over to his side.

"There are people all around the country that support this president because he supports law and order. It's that simple," Owens told supporters before they marched to the White House Saturday. "Law and order should be what you want no matter what color you are. If you are an American, you should want law and you should want order. That is the way forward."

Owens responded to the story on Twitter, saying that they "had a small group of attendees who asked for financial help to make the event so we secured travel stipends for them."

When she announced the event on Sept. 30, she said that BLEXIT would be giving away a limited number of travel stipends.

"Time to do a BLEXIT event. If you are a minority in America and you are actually bored with the fake blm narrative and the fake white supremacy narrative, we have just decided that we are going to host a massive demonstration against the media narrative," Owens wrote on Instagram. "We are giving away a limited amount of travel stipends to those that really them."

Owens did not respond to a request for comment Saturday.

The conservative activist has been a magnet for controversy in the Trump era.

In June, she told Glenn Beck it "sickens" her that George Floyd, who died while in the custody of Minneapolis police, is being held up as a "martyr." His death sparked protests against police brutality worldwide, and the cop who is accused of killing him, Derek Chauvin, has been charged with second-degree murder, third-degree murder, and manslaughter.

She also repeatedly downplayed the coronavirus pandemic, which has killed more than 214,000 Americans, calling it a "#Scamdemic" in July.

Despite that, she has won praise from top conservatives, evident Saturday at the White House.