Rabbi Abraham Cooper explains why he does not believe the apology issues by the new Twitter Middle East director over history of anti-Israel tweets and explains the ongoing history of antisemitism.

The Black Eyed Peas’ will.i.am said Monday that politics don’t dictate his actions, with pressure from pro-Palestinian activists unable to deter him from performing in Israel and maintaining ties to the country’s high-tech scene.

A Palestinian-led movement has for years urged artists to boycott Israel over its treatment of the Palestinians. Major performers including Lorde and Lana Del Ray have canceled appearances under pressure while other stars including Madonna and Bob Dylan have defied it. The movement is known as BDS for its calls for boycotts, divestment and sanctions against Israel.

The Grammy-winning group was performing in Jerusalem on Monday. Speaking to The Associated Press ahead of the concert, which was taking place on the U.N.’s international day of solidarity with the Palestinian people, will.i.am said that personal and business ties keep him performing and investing in the country.

“I’m a musician and a tech enthusiast and people like our music,” he said, flanked by two of the group’s other members, Taboo and Apl.de.ap. “Do I turn my back on people that live here because of politics? No, that’s not the way we were built. So, you know, there’s beautiful people here as well as beautiful people in Palestine. And one day we want to go there too.”

The BDS movement says it is a nonviolent campaign against Israeli abuses against Palestinians — both Arab citizens of Israel and Palestinians who have lived under Israeli military occupation for more than half a century. Israel says the campaign is an effort to delegitimize and even destroy the country. 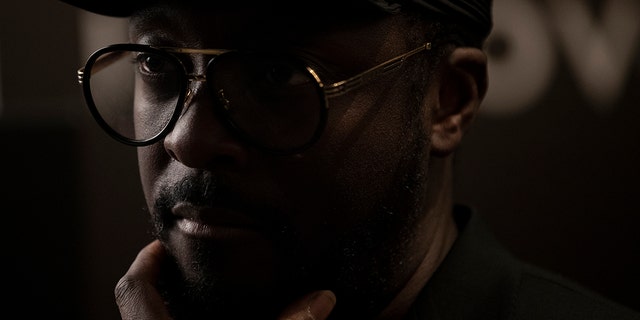 American musician will.i.am, front man for Black Eyed Peas listens during an interview in Jerusalem, where he spoke at an innovation conference held by Improvate, Monday, Nov. 29, 2021.
(AP Photo/Maya Alleruzzo)

A statement on the BDS France website said the concert was “even more scandalous” because it was taking place on the international day of solidarity with the Palestinian people. It urged supporters to use the hashtag #WhereIsTheLoveforPalestinians — a nod to the group’s hit “Where is The Love” — to call for the group to cancel its performance.

Will.i.am pointed to his many personal connections to Israelis as a reason why he couldn’t boycott the country. He said his first girlfriend was Israeli and that at its beginnings in Los Angeles, the group met to make music in an Israeli friend’s bedroom and would enjoy Sabbath dinners at his home.

One of the group’s major hits, “I Gotta Feeling,” is laced with Hebrew and the Black Eyed Peas recently collaborated on a song with Israeli pop duo Static and Ben El.

Resisting the boycott calls over the years, will.i.am has deepened his ties to the country with his “core passion” — technology. His i.am+ tech firm acquired an Israeli start-up in 2016 and he has made repeated visits to the country to connect with its vibrant tech scene.

Will.i.am was in Israel to take part in an innovation conference held by Improvate, an Israeli organization that works to advance Israeli technology. 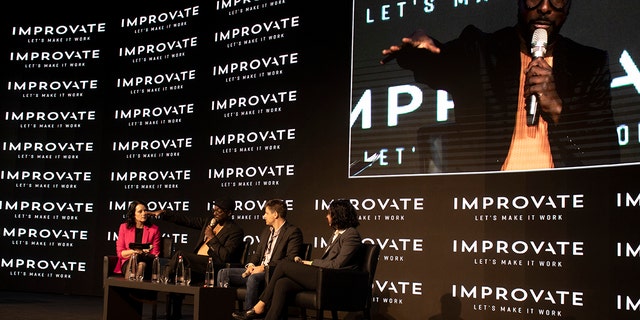 In recent years, the musician-turned-innovator created a series of wearable devices, including a smartwatch and earphones, which haven’t entirely taken off. But he said he measures his success not by the amount of sales but rather by how much he learns from the experience.

“I’m blessed to be able to, you know, go up to bat, you know, and get up from a stumble and pick myself up with the same enthusiasm and try to solve another problem,” he said.

With the pandemic in mind and with no end to it in sight, will.i.am has developed a smart face mask that combines a level of protection from coronavirus droplets with Bluetooth, noise-cancelling audio and LED lights. The chargeable mask is selling for $299.

Some 8,000 people were expected to attend the Jerusalem concert, which was being held under the country’s “green pass,” which requires attendees to be fully vaccinated with a booster shoot or else present a negative COVID-19 test.

It comes as Israel is once again imposing restrictions in light of the omicron variant, closing air travel to international visitors and imposing quarantine on Israelis returning from abroad, even those who are vaccinated. The country was among the first to seal its border in the face of the new variant.

With Israelis expected to attend plays and shows during the current weeklong Hanukkah holiday, Israel is allowing live performances to go ahead. 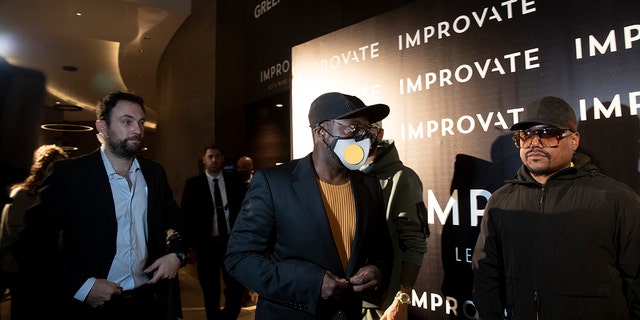 Will.i.am, Taboo and Apl.de.ap said their experience traveling to Israel during the pandemic, where vaccinated travelers must be tested before departure and upon arrival, put them more at ease than visits to other countries. The country was among the first to begin administering booster shots and more than 43% of Israelis have received three vaccine doses.

But the group said performing amid the new variant posed certain risks.

“Is it wise? No,” he said. “Hopefully, everyone is vaxxed and wearing a mask in the audience, and thank God we’re in Israel, where a lot of people are triple vaxxed.”

Like other artists, the group had to adapt when the pandemic hit. They held virtual shows amid the first lockdowns and collaborated online when in-person meetings were unsafe. 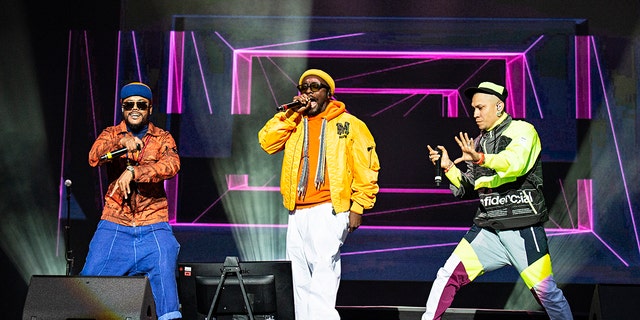 FILE – Apl.de.ap, from left, Will.i.am, and Taboo of the Black Eyed Peas perform at KAABOO Texas on May 11, 2019, in Arlington, Texas.
(Photo by Amy Harris/Invision/AP, File)

Live shows under the shadow of a new variant are raising new questions. Will.i.am said the group is thinking twice about how to rile up crowds and whether it is safe to have them sing along with the possibility of spreading infection.

“Usually when we sing songs, we tell the crowd to sing the words. Is that safe?” he said. “You got to think about that.”

Despite the challenges of the pandemic — people close to him have died after being infected with the virus — will.i.am has a feeling things will get better.

DAILY MAIL COMMENT: Doom merchants who long to shut us down