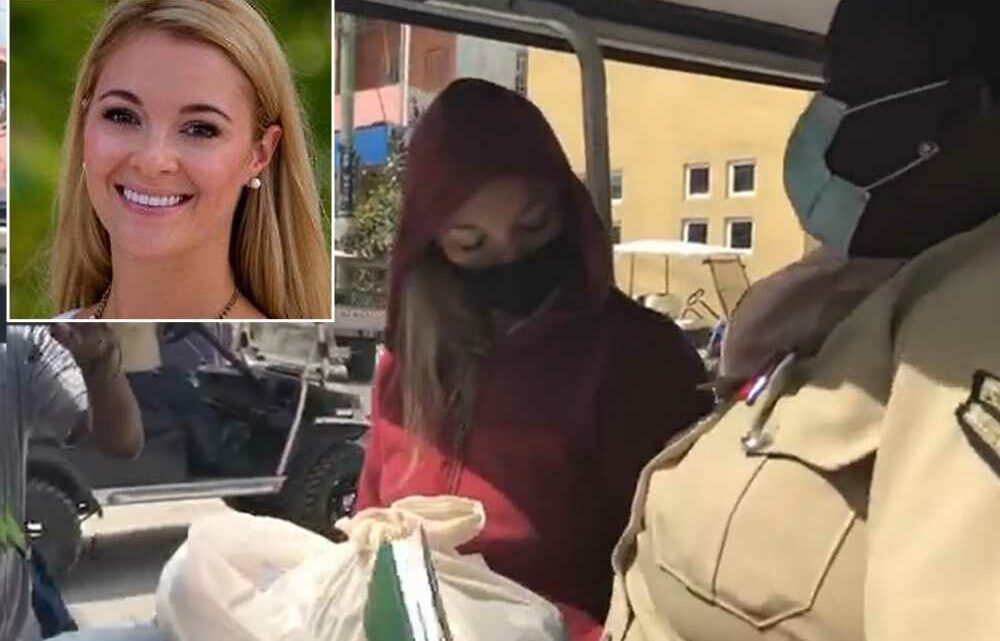 Billionaire’s relative admitted killing cop after she was threatened with coke charge: reports

Socialite Jasmine Hartin was transferred to the Belize Central Prison on Tuesday, after she was charged with accidentally shooting dead a prominent local police officer.

Images published by The Daily Mail show Hartin — the daughter-in-law of British billionaire Lord Michael Ashcroft — being led out of a stifling San Pedro police station.

She had been held at the station — in a tiny concrete cell which a local described as “hell on earth” — since first being brought in for questioning after Friday’s fatal shooting of San Pedro Superintendent Henry Jemmott.

Hartin, 32, was denied bail at her arraignment on Monday evening on a charge of manslaughter by negligence.

Her lawyers were unable to successfully appeal the decision of a local magistrate, who ruled the mom of two was a flight risk.

Wearing jeans, a red hoodie, flip flops and a black face mask, the petite blonde carried a plastic bag that obscured her handcuffs, according to the outlet.

She kept her head bowed and stayed silent as reporters yelled out questions, in footage of her transfer posted by 7 News Belize.

Hartin was placed on a golf cart to be brought to the Hattieville prison, the sole correctional facility in the small Central American nation.

The prison, which holds roughly 1,150 inmates, is run by the Kolbe Foundation, a Catholic-oriented non-governmental organization.

In the hours before Hartin was transferred, officer put up a memorial for Jemmott, a 42-year-old dad of five and 24-year police veteran, the Daily Mail reported.

“We made sure she was in handcuffs,” a source told the outlet. “There was no special treatment. He was our friend.”

The charge Hartin faces — manslaughter by negligence — reportedly rarely carries a prison sentence and is more likely to end in a fine if she pleads guilty.