A billionaire couple have donated £550,000 to restore the iconic Harry Potter cloisters at Gloucester Cathedral which became synonymous with Hogwarts.

Hans and Julia Rausing donated the money to preserve the historic cloisters which featured in three of the Harry Potter films including the Philosopher’s Stone (2001), Chamber of Secrets (2002) and the Half-Blood Prince (2009).

Fan vaults, which appear in Gothic style buildings, are lines spaced equidistantly from one another and curve inwards to resemble a fan on a wall or ceiling.

The ribbed vaults are a quintessential part of British architecture and were first recorded in England in the 14th Century in Gloucester Cathedral.

But in 2019 a report stated that they were at risk and in dire need of conservation. 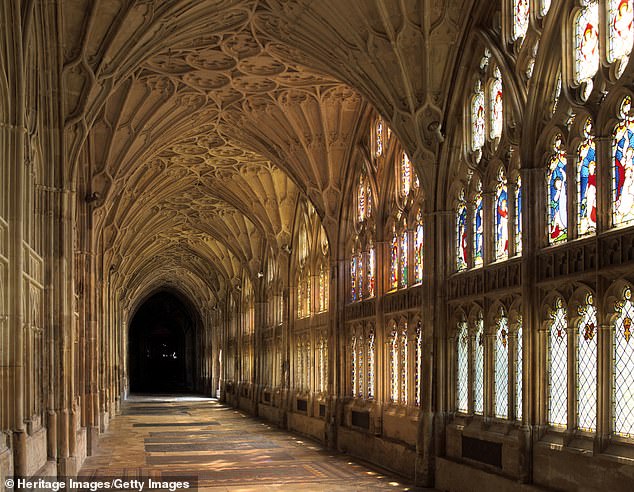 Gloucester Cathedral was built in the 14th Century. It is the first example of elaborate fan vaulting in Britain

Couple Julia and Hans Rausing, who injected the restoration funds said: ‘No one who walks through the cloister at Gloucester Cathedral can fail to be struck by its overwhelming beauty.

‘The intricate design of the stonemasonry, particularly the fan vaulted ceiling, is remarkable and its visual impact touches the many thousands of visitors to the Cathedral each year.

‘We are delighted to help ensure that this magnificent feat of medieval architecture is preserved so that visitors and worshippers can continue to enjoy it for hundreds of years to come.’

Interim Dean of Gloucester Canon Dr Andrew Braddock said: ‘The cloisters, with its amazing ‘fan-vaulted’ ceiling, is one of Gloucester Cathedral’s most iconic and beautiful spaces.

‘Sitting at the heart of the cathedral’s buildings, it is a place of encounter, meeting, reflection and wonder, attracting thousands of visitors every year.

‘This project will ensure the cloisters remains open for everyone and will be at the very heart of the cathedral’s daily rhythm of life for generations to come.’

Fan vaults were badly damaged in the Victoria era after workers used cement to mend them which led to cracks and water damage.

To revive the breathtaking structural forms tradesmen will have to carefully remove the cement used by the Victorians 200 years ago. 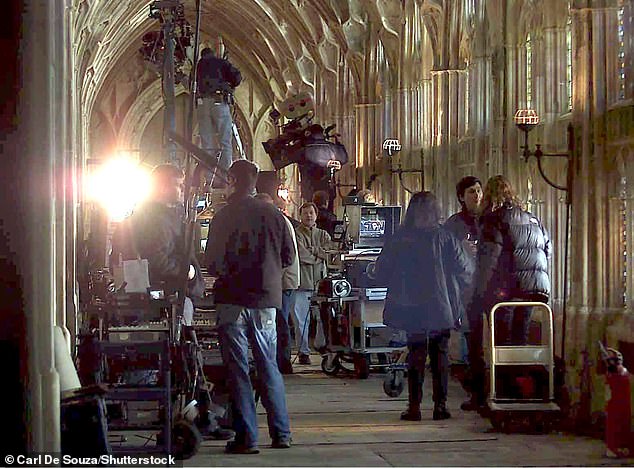 Filming of Harry Potter and the Philosophers Stone in 2001. The fan vaults were featured in two other Harry Potter films including the Chamber of Secrets (2002) and the Half-Blood Prince (2009) 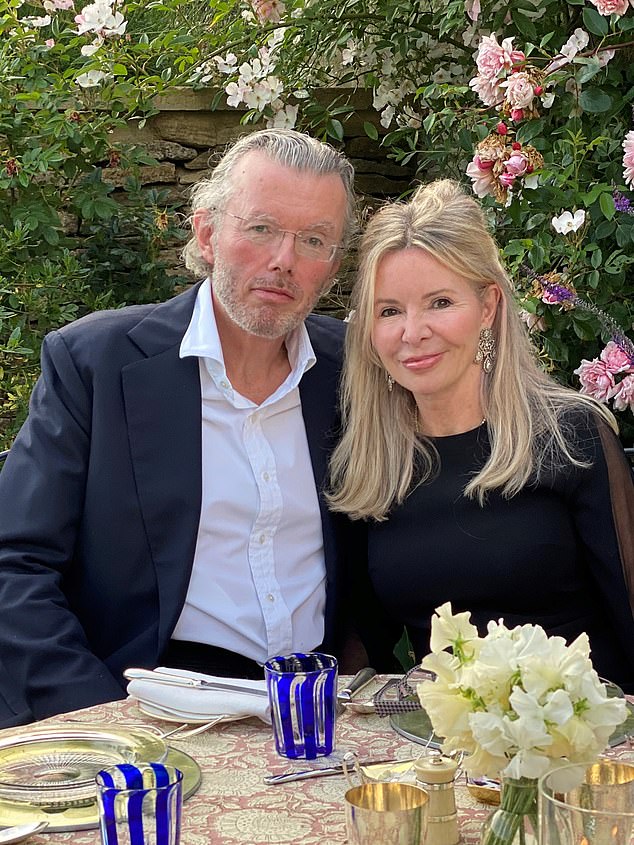 Hans and Julia Rausing (pictured) donated £550,000 into the restoration project. They said ‘No one who walks through the cloister at Gloucester Cathedral can fail to be struck by its overwhelming beauty’

Experts said the cement is preventing the stones from breathing which subsequently caused the walls to rot and mold.

When Gloucester Cathedral was completed in 1412, the Cloister formed a central part of daily life for the monks who ate, slept, studied and exercised there.

The place is now used for prayer and reflection as well as a space for art exhibitions and community events.