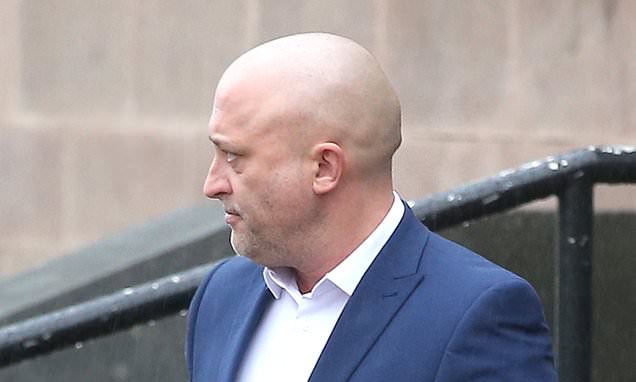 Bigamist, 45, was caught out when his second wife who he wed in Las Vegas saw Facebook photo of his third wedding while they were still married 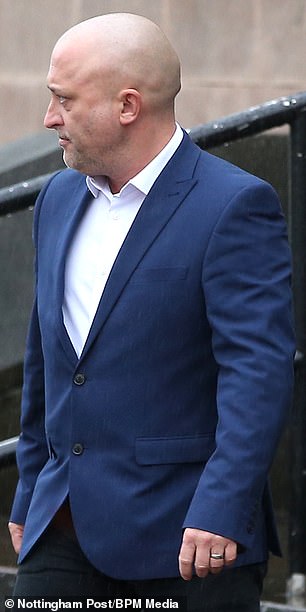 Convicted fraudster Daniel Glasby, 45, lied on the marriage certificate for his second wedding, in Las Vegas. Then he married his third wife last year in Nottingham without divorcing his second

A bigamist appeared in court to ‘face the music’ after ‘burying his face in the sand’ over a Las Vegas marriage.

Daniel Glasby was given a suspended jail sentence after the judge ruled against his claim that the Nevada wedding was always ‘null and void’ because he lied on the paperwork.

The father of Daniel Glasby’s second wife, whom he married in Vegas, contacted police after she saw a photo of his third wedding, which took place in Nottingham last year while the pair were still married – although the couple had split up.

That led to 45-year-old Glasby, of West Bridgford, just outside Nottingham, being quizzed by police and being charged with bigamy.

Glasby’s complicated love life was laid bare at Nottingham Crown Court after he pleaded guilty to bigamy on September 30, 2017.

He received a four-month prison sentence, suspended for 18 months, and 100 hours of unpaid community work. He was also ordered to pay costs of £2,000.

Judge Jeremy Lea, sentencing, said: ‘Quite why you were not honest, I’m not entirely sure.’

He said it did not understand why he could not be honest to his second wife about his intended marriage to the third woman.

‘You may have felt a loss of pride or loss of face,’ he said. ‘Now you have to face the music.’

Glasby married his third wife on September 30 last year at The Walton Hotel, The Park.

‘The only problem, of course, he now accepts he was already married at the time,’ said Alan Murphy, prosecuting. 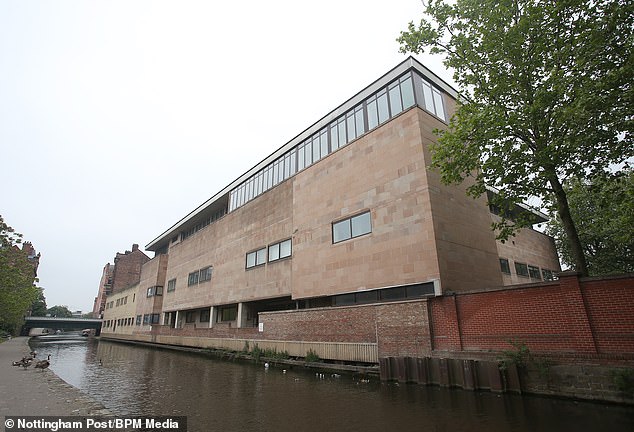 Glasby was divorced after his first marriage, then married his second wife in Las Vegas.

Glasby, a convicted fraudster, never told his second wife he was a divorcee, and ticked a box on the marriage licence stating he had never been married.

After that second marriage ran into difficulties, leading to a split in 2014, his wife left the marital home but the pair stayed in touch.

By 2017 he was in a relationship with his future third wife and arrangements were made for the wedding.

He told the registrar about his first marriage and divorce but failed to mention his second marriage.

Then his second wife was made aware of a Facebook photo showing he went through with the third marriage.

Glasby told police he had contacted a Nevada lawyer, who told him the Vegas marriage was ‘null and void’ due to his lie on the marriage certificate.

Glasby claimed the lawyer, whom he could not name, assured him he was legally free to marry his third wife.

‘We say he must always have known,’ said prosecutor Mr Murphy.

Mr Murphy referred to an alleged conversation Glasby had with his second wife, in which, Mr Murphy claimed, Mr Glasby had assured her he’d told his then third wife-to-be a formal marriage was not possible and they would instead have ‘some sort of celebration’.

‘He always knew and buried his head in the sand and went ahead with it anyway’, he added.

Family members plainly think he had done something rather stupid, the court heard.

‘In this case, it is plain they have a deal of affection for him,’ added Mr Murphy.

Daniel Church, mitigating, said it was not the most flagrant example of bigamy.

Glasby was given advice that he could go back to State of Navada and go to the courthouse, he explained. He was told there would be a $8,000 penalty – around £6,250.

His client currently lives with the third woman, who was in court to support him, and is a self-employed air conditioner and refrigeration engineer.

Glasby has a 2012 conviction for fraud, over a £28,000 scheme in which he invoiced multiple companies for air conditioning equipment and then sought to blame innocent people.