The January jobs report showed a 467,000-worker surge in U.S. hiring in January, a big surprise to economists.

Combined with upward revisions over the prior several months, the report seems to be leading economists and government officials to the conclusion that the employment picture is entering a new phase — one that’s finding stability amid the pandemic.

Walsh said he, along with most watching the numbers, was surprised by them and had spent some time mulling them over. He said one piece of evidence that companies are adapting to pandemic life is the quick switch many made to working remotely during the Omicron surge.

“So where in months past that might have been a layoff, that didn’t happen this month,” he said. The number of people who teleworked because of the pandemic in January rose to 15.4% from 11.1% in December.

Apollo Global Management Chief Economist Torsten Slok also said the report was encouraging: “The surprising thing really here is that Omicron had a relatively mild impact on the labor market… The conclusion, at least from everything in the report, suggests that the U.S. consumer is still doing pretty well.”

The Bureau of Labor Statistics’ annual revisions to employment reports for the past 12 months also gave Walsh and economists reasons for optimism. Those revisions brought up the level of job additions in November and December by 709,000.

Average hourly earnings also beat economists’ estimates, rising 5.7% on a year-over-year basis. Unlike a Bank of England governor who sparked controversy by saying in an interview that British workers shouldn’t ask for pay raises so as not to spur more inflation, Walsh sees the increase in pay as positive.

“We’re encouraged by seeing wage growth in the country. The president is supportive of it, I’m supportive of it, it helps families long-term,” he said. Nonetheless, that wage gain is still expected to be outstripped by consumer price inflation. That’s due to be reported next week, and economists project it to have risen 7.3% in January. Walsh said the administration is trying to tackle inflation through measures including increasing the number of long-haul truckers, unclogging ports, and in the longer-term, bringing manufacturing back to the U.S. 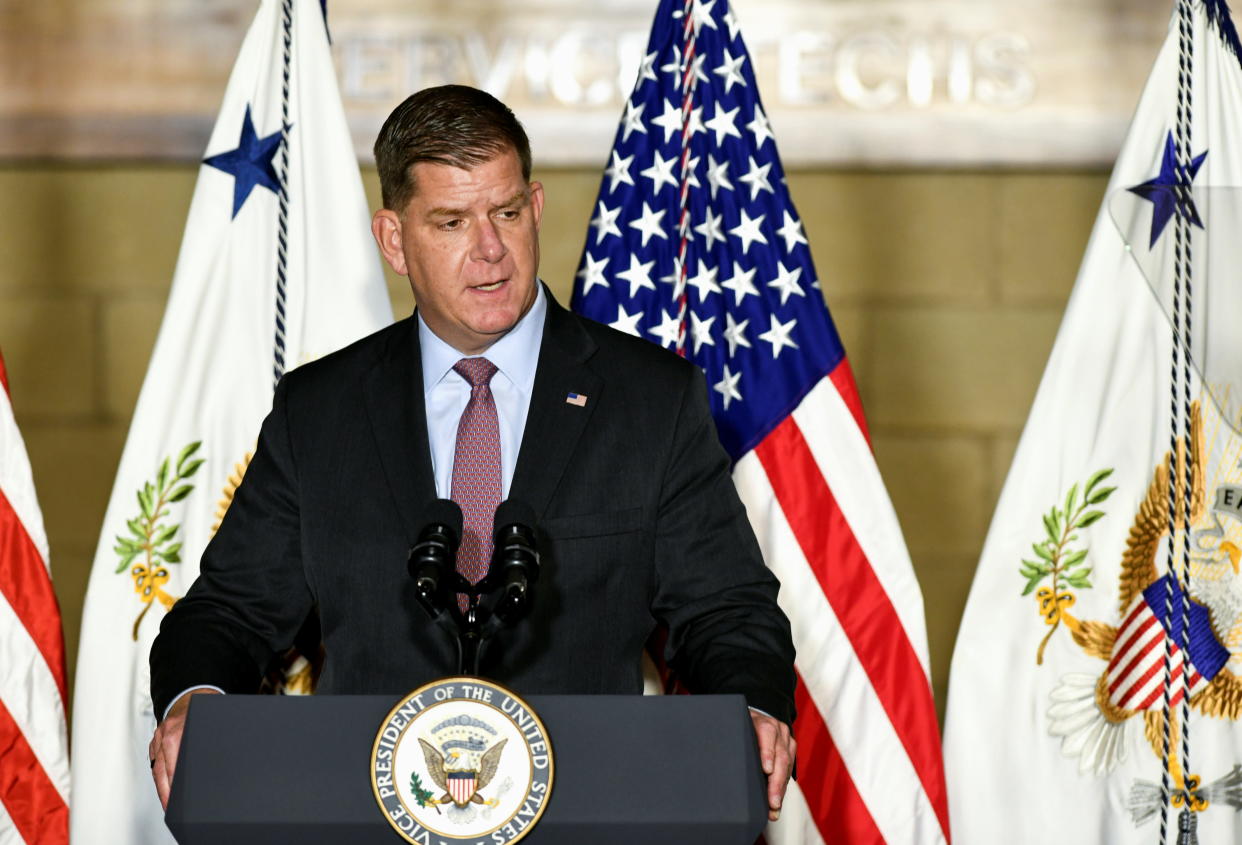 Walsh said there’s still progress to be made on the labor shortage and job market more broadly. “Many people left the workforce earlier than expected” as a result of the pandemic, he said “I think we have opportunities to get some of the folks back into the workforce. We have to be real intentional about job training, workforce development.”

U.S. employment remains 2.9 million jobs lower than it was in February 2020.

Julie Hyman is the co-anchor of Yahoo Finance Live, weekdays 9am-11am ET. Follow her on Twitter @juleshyman, and read her other stories.

Read and watch more analysis on the jobs report:
What economists are saying about the red-hot January jobs report
Why jobs reports revisions happen and what they mean
Jobs report reveals 'much stronger recovery than previously expected,’ economist says