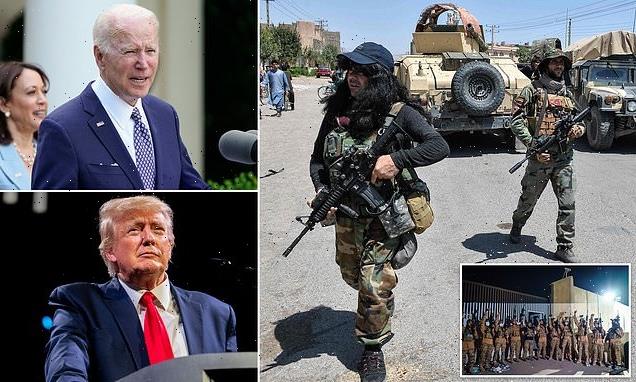 Trump’s deal with the Taliban and Biden’s catastrophic withdrawal from Afghanistan led to the swift collapse of the country’s military, the rapid takeover by extremists and the reduction of America’s capacity to monitor terrorists, scathing watchdog report finds 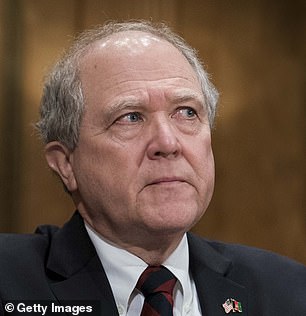 The biggest factors in the rapid collapse of Afghanistan’s armed forces were the Trump administration’s deal with the Taliban to withdraw U.S. troops and contractors from the country followed by Joe Biden’s announcement that he was pulling out all U.S. troops, according to a scathing watchdog report.

The Special Inspector General for Afghanistan Reconstruction (S.I.G.A.R) found that Afghan forces had been built to reply on U.S. air power as well as contractors to maintain sophisticated weaponry.

Doing a deal with the Taliban to pull out, wrote John Sopko, set in motion the collapse of the Afghan National Defense and Security Forces (A.N.D.S.F.).

‘The single most important near-term factor in the A.N.D.S.F.’s collapse was the U.S. decision to withdraw the U.S. military and contractors from Afghanistan through the U.S.-Taliban agreement in February 2020, signed under the Trump Administration and confirmed by President Biden in an April 2021 address to the nation,’ he wrote in a report published on Tuesday.

‘Many Afghans thought the U.S.-Taliban agreement was an act of bad faith and a signal that the U.S. was handing over Afghanistan to the enemy as it rushed to exit the country; its immediate effect was a dramatic loss in A.N.D.S.F. morale.’

President Biden announced in April last year that he was bringing U.S. troops home in time for the 20th anniversary of 9/11.

He said the war in Afghanistan needed to end after two decades of war that had cost American lives, drained resources and distracted from more important priorities. 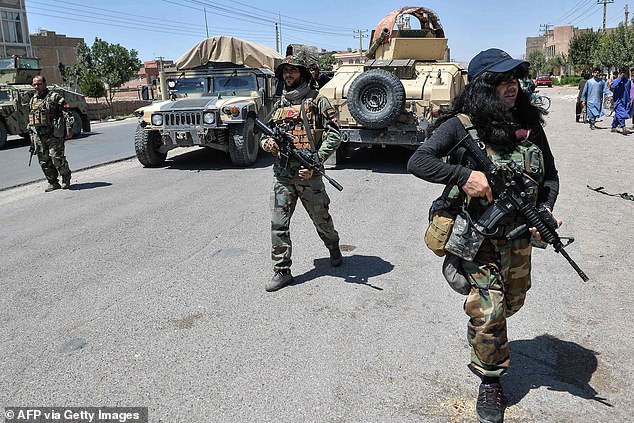 A new watchdog report offers a scathing account of how the actions of the Trump and Biden administrations triggered a collapse in morale in Afghan armed forces – like the ones seen here in Enjil district, Herat province, in August last year – and ultimately allowed a Taliban takeover 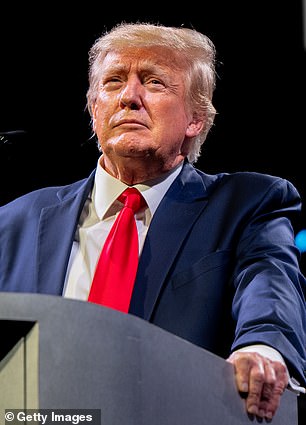 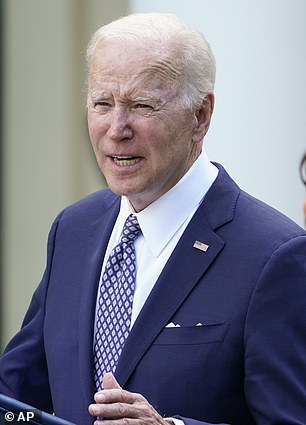 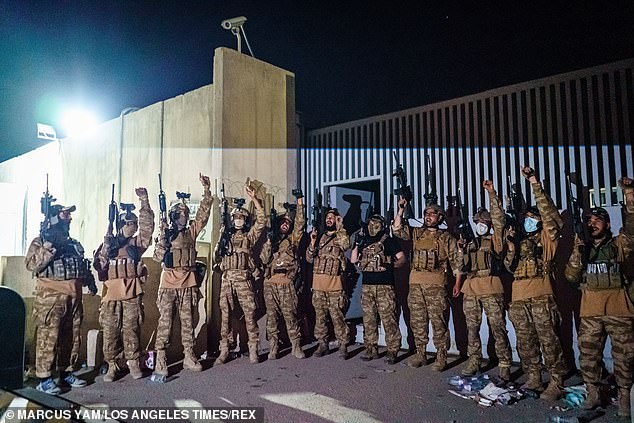 Taliban fighters from the Fateh Zwak unit celebrated before storming into the Kabul International Airport after U.S. troops had left, securing their hold on the country 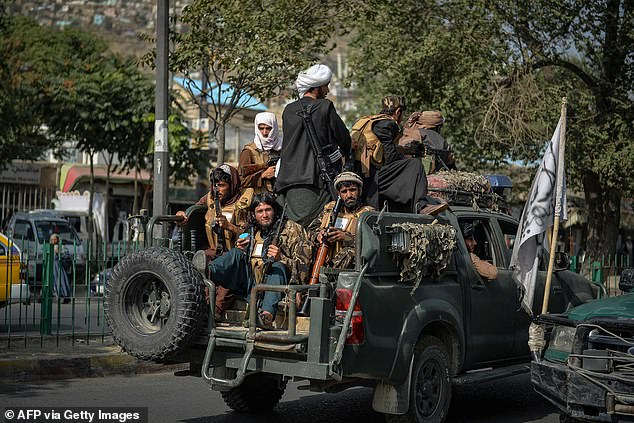 The rapid advance of Taliban fighters surprised the U.S. military and intelligence community. However, in his report the inspector general said the collapse of the Afghan armed forces should have been predicted once U.S. support was withdrawn

But by mid August the withdrawal was in disarray. Foreign nationals and Afghans mobbed Kabul’s airport as the Taliban moved in to retake the country.

Senior U.S. military and intelligence figures insisted they had no way of knowing that leaving the country would allow the Taliban to recapture the capital so swiftly.

‘Afghanistan political leaders gave up and fled the country. The Afghan military gave up, sometimes without trying to fight,’ he said in August as he tried to defend the chaotic withdrawal.

His comments angered American and allied military personnel who had trained and fought alongside Afghan troops.

And the new report puts the collapse of local troops – trained, funded and built with $90 billion of U.S. taxpayers’ money – in a very different light.

It suggests instead that the actions of two administrations created the conditions for collapse, beginning with President Donald Trump’s decision to make a deal with the Taliban in February 2020.

It started the process of U.S. withdrawal, but Sopko said it led ‘overnight’ to a reduction in U.S. military support to Afghan forces. That meant a drop in air strikes in 2020 after a record high level in the previous year. 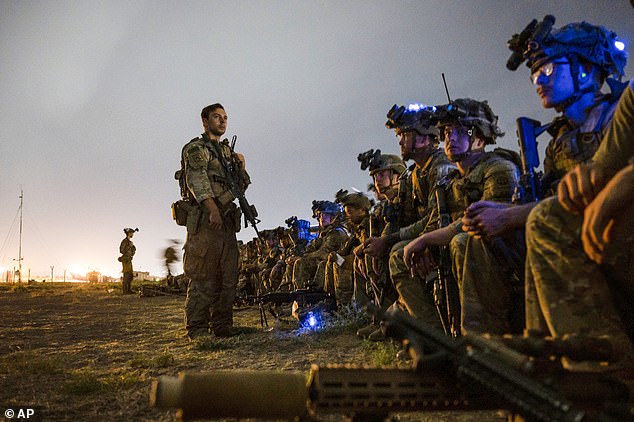 Soldiers assigned to the 82nd Airborne Division, prepared to board a U.S. Air Force C-17 Globemaster III in the final wave of departures from Kabul last year 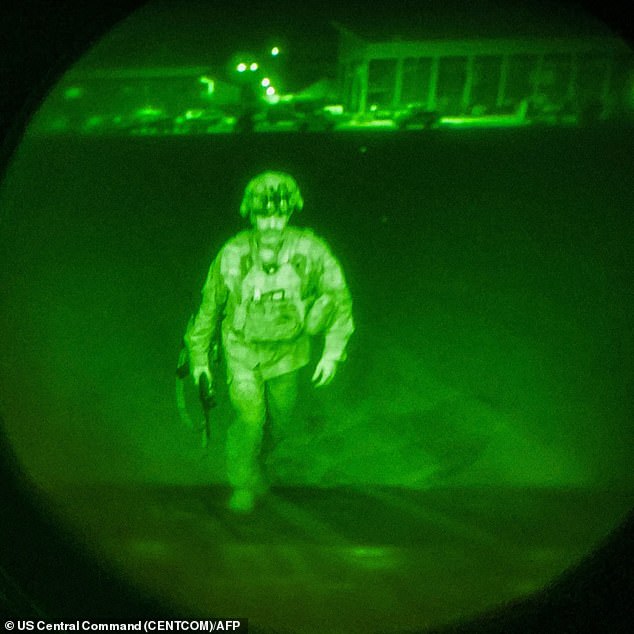 Major General Chris Donahue, commander of the US Army 82nd Airborne Division, was the last American soldier to leave Afghanistan on August 30 last year after a chaotic evacuation

‘Limiting airstrikes after the signing of the U.S.-Taliban agreement the following year left the A.N.D.S.F. without a key advantage in keeping the Taliban at bay,’ he wrote.

It also meant Afghan forces did not have the air transport needed to ferry key weapons and supplies. Their own air force was not designed to be self-sufficient until 2030.

‘As a result, A.N.D.S.F. units complained that they did not have enough ammunition, food, water, or other military equipment to sustain military engagements against the Taliban,’ wrote Sopko.

Moreover, elements of the deal remained secret or classified. Afghan commanders were left in the dark about U.S. rules of engagement.

And as the Taliban shifted their tactics to avoid anything that might trigger a U.S. air strike under the new terms – for example, by splitting their forces to attack in waves – Afghan commanders struggled to adapt.

‘Afghan troops had not only lost U.S. support for offensive operations, they no longer knew if or when U.S. forces would come to their defense,’ wrote Sopko.

‘U.S. inaction fueled mistrust among the ANDSF toward the United States and their own government.’

Ultimately, he concludes that the U.S. lacked the political will to find the resources needed to build ‘an entire security sector in a war-torn and impoverished country.’

Washington set goals that were unrealistic and used measures that delivered success on paper without actually addressing the challenges on the ground.

The collapse of the Afghan armed forces, he concluded, was ‘predictable.’

‘After 20 years of training and development, the ANDSF never became a cohesive, substantive force capable of operating on its own. The U.S. and Afghan governments share in the blame,’ the inspector general wrote.

‘Neither side appeared to have the political commitment to doing what it would take to address the challenges, including devoting the time and resources necessary to develop a professional ANDSF, a multi-generational process. I

‘In essence, U.S. and Afghan efforts to cultivate an effective and sustainable security sector were likely to fail from the beginning.

‘The February 2020 decision to commit to a rapid U.S. military withdrawal sealed the A.N.D.S.F.’s fate.’

DC 'wouldn't be surprised' if hard-up colleagues took back handers