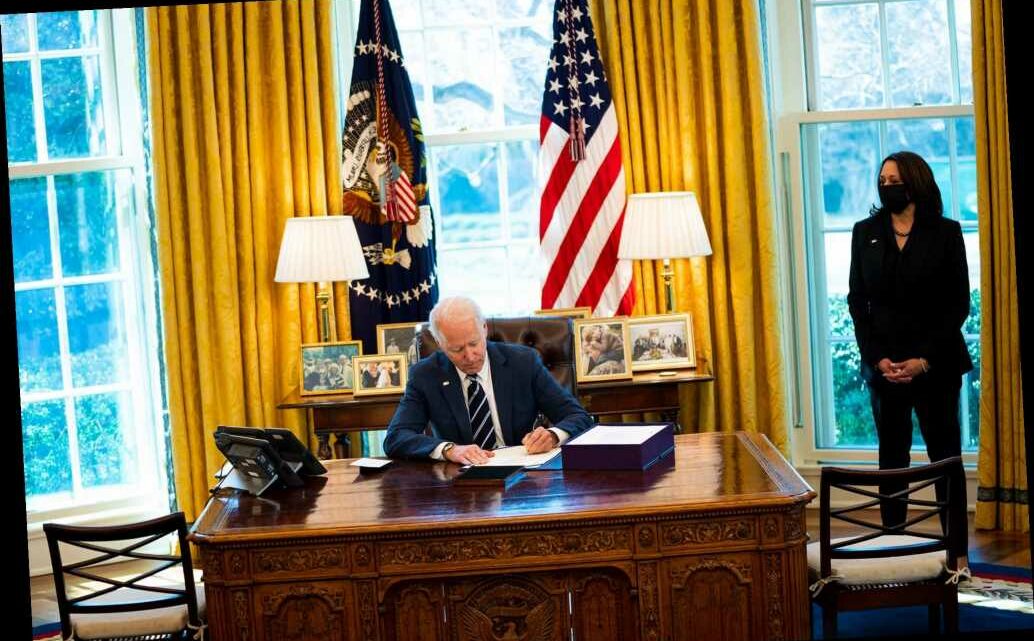 Biden wouldn’t survive his own rules for sexual misconduct accusations

On the heels of his $1.9 trillion coronavirus stimulus package, President Biden is planning the first major tax hike since 1993 to ​help pay for initiatives on infrastructure, climate and for continued assistance to America’s poor, according to a report on Monday.

The boost could include an increase in the corporate tax rate and the individual rate for individuals earning over $400,000 per year, among others, Bloomberg News reported.

The outlet also reported the Biden administration sees adjusting the tax rate not only as a means to pay for projects, but also as an opportunity to control inequities in the economic system.

According to Bloomberg, proposals currently under consideration by the White House include raising the corporate tax rate to 28 percent from 21 percent, reining in tax preferences for “pass-through businesses,” raising the income tax rate on individuals earning more than $400,000, broadening the estate tax, and a higher capital-gains tax rate for individuals earning at least $1 million per year.

Last month, Treasury Secretary Janet Yellen signaled that a tax increase could be in the cards later in the year as part of a legislative package.

She told CNBC that it would “involve spending and investments over a number of years” ​on measures like infrastructure and education. “And probably tax increases to pay for at least part of it that would probably phase in slowly over time.”​

While the COVID stimulus plan​ relied on increasing government debt as a funding source, any additional objectives won’t, the report said.

But any meddling is laden with political risk from lobbying groups and constituencies who guard against changing tax breaks or boosting tax rates and would meet fierce resistance from congressional Republicans.

“His whole outlook has always been that Americans believe tax policy needs to be fair, and he has viewed all of his policy options through that lens,” Sarah Bianchi, head of U.S. public policy at Evercore ISI and a former economic aide to Biden​, told Bloomberg​.

“That is why the focus is on addressing the unequal treatment between work and wealth.”

To get a bill through the 50-50 divided Senate, Democrats would need the votes of 10 Republicans under current rules – a heavy lift in the face of GOP resistance.

“We’ll have a big robust discussion about the appropriateness of a big tax increase,” Senate Minority Leader Mitch McConnell said last month​, predicting that Democrats would try to use reconciliation to pass any tax bills as they did with the coronavirus relief plan.

T​he Biden administration has ​rejected a 3 percent tax on incomes exceeding $1 billion as proposed by Sens. Elizabeth Warren and Bernie Sanders, but it still intends to target the wealthy.

A Tax Policy Center analysis of the Biden tax plan estimated that it would raise $2.1 trillion over the next 10 years, but is expected to be smaller.