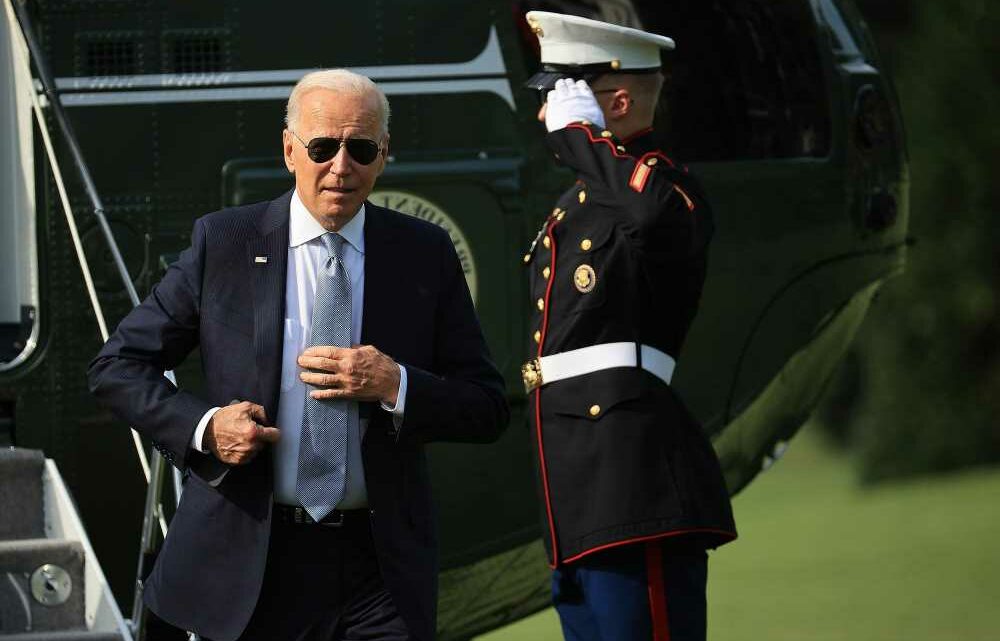 Biden meeting with host of lawmakers to push infrastructure proposal

Manchin says both infrastructure bills should be paid for

‘You are just being played’: Trump tells GOP to stop infrastructure talks

McConnell on infrastructure: ‘I think there’s a decent chance that may come together’

President Biden will meet with a host of lawmakers Wednesday as he works to guide multiple infrastructure proposals through Congress — gathering first for lunch with the Senate Democratic caucus on Capitol Hill before welcoming a bipartisan group of governors and mayors to the White House.

His meetings come after a group of Senate Democrats announced late Tuesday they had reached a tentative agreement on a massive spending plan worth $3.5 trillion over the next decade.

The budget resolution, which Democrats will attempt to ram through the Senate with 51 votes via the parliamentary maneuver of reconciliation, is expected to be paired with a bipartisan infrastructure bill worth $1.2 trillion over eight years.

Biden, who has not yet commented on Senate Democrats’ newly announced deal, has been vocal in his support for two packages, one that would be passed with bipartisan support and one that would pass through budget reconciliation.

Budget reconciliation allows the majority party to bypass the legislative filibuster, the Senate rule requiring 60 members to end debate on most topics and move forward to a vote.

The Senate is split 50-50 between Republicans and Democrats, though Vice President Kamala Harris, as Senate president, has a tie-breaking vote. Still, 51 votes are not enough under current rules to break through the filibuster.

Reconciliation would allow Democrats to pass spending for critical projects, but the process cannot be used to change or create laws.

Biden split the package, a centerpiece of his post-COVID agenda, into two packages for Congress to pass.

The first, the “American Jobs Plan,” focused on infrastructure, while the second, the “American Families Plan,” is aimed at funding Democrats’ domestic policy platform.

Republicans took issue with the second package, which they argued stretched the definition of “infrastructure.”

Biden announced a deal this month on hard infrastructure spending, made with a bipartisan group led by Sens. Rob Portman (R-Ohio) and Kyrsten Sinema (D-Ariz.).

That agreement, which is still up in the air as it has not yet been written or signed, could still fall through, leaving Democrats almost certain to return to the $2.3 trillion partisan reconciliation bill or something like it.

House Democrats have continued the process of writing the partisan legislation in the event that the Senate deal falls through.

For her part, House Speaker Nancy Pelosi (D-Calif.) has thrown cold water on the idea of the House passing the compromise package if the Senate does not take up the “Families Plan” legislation.

It remains to be seen how she will respond to Senate Democrats’ new budget agreement, which Biden will also discuss during his Senate caucus luncheon “to lead us on to getting this wonderful plan,” Senate Majority Leader Chuck Schumer (D-NY) said Tuesday.

After being briefed on the proposal by the senators, he will meet with a group of mayors and governors — including Democratic Govs. Phil Murphy of New Jersey and J.B. Pritzker of Illinois and Republican Vermont Gov. Phil Scott — to pitch the plans.

Mum, 30, found dead in river leaving behind three children under five she ‘idolised’