Home » World News » Biden is mortgaging our future with more spending, debt and taxes than ever before 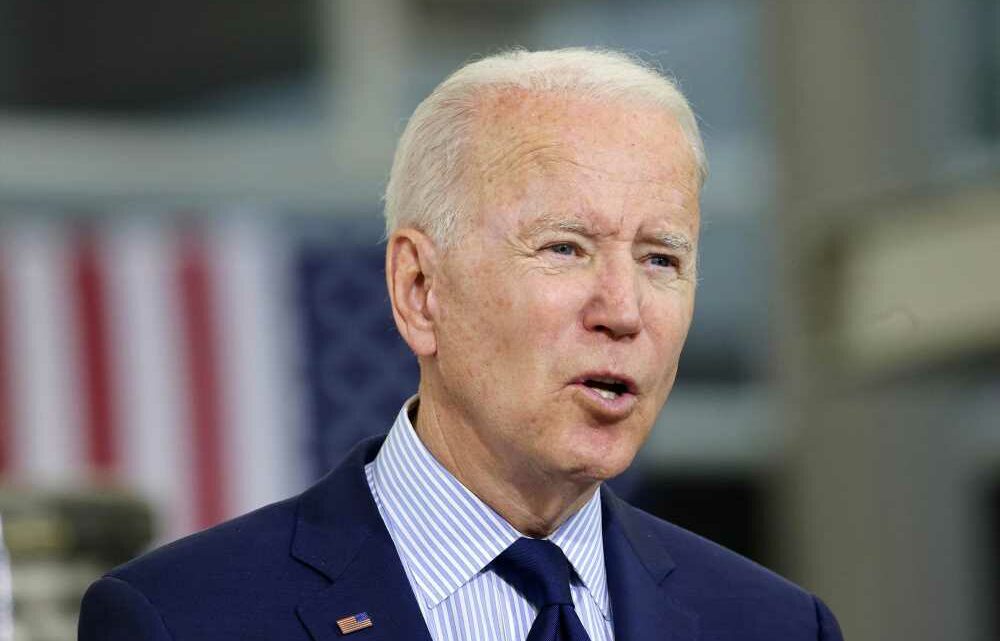 Biden is mortgaging our future with more spending, debt and taxes than ever before

Two distressing facts to remember about President Biden’s new 10-year budget proposal. First, his proposed spending spree would bring the largest federal debt in American history. Second, this budget does not even include additional spending and debt proposals that are coming later.

On that first point, President Biden proposes that Washington spend $6 trillion next year — even as the pandemic recedes and the economy moves back towards full employment. Just a few years after federal spending first passed the $4 trillion threshold, President Biden would quickly blow past $6 trillion next year on the way past $8 trillion within a decade. Federal spending next year would exceed $45,000 per household. Is anyone possibly getting their money’s worth?

And yet even the President’s $3 trillion in new taxes over the decade — the largest tax increase since World War II — could not keep up with all this spending. The budget deficit would reach $1.8 trillion next year, and these continued deficits would bring the total national debt to 117 percent of the economy within a decade. Not even the second world war brought this much debt.

On the second point, these staggering figures do not even represent the entire Biden agenda. They account only for the recently-enacted “stimulus,” a massive discretionary spending hike, and the trillions in (creatively-defined) “infrastructure” spending proposed by the President over the past two months. However, during last fall’s campaign, Biden also proposed trillions in new spending for health care, Social Security, Supplemental Security Income, climate change, college aid, and other priorities. The White House has signaled that these new spending initiatives are still in the pipeline.

Including these forthcoming proposals, the President would push spending and deficits far above any levels that have ever been sustained. The national debt — which was just under $17 trillion before the pandemic — would exceed $44 trillion a decade from now. That is more than $300,000 per household.

Such spending and tax levels are absolutely unsustainable. Washington has undertaken a historic spending and borrowing binge fueled by low interest rates. But rates have already begun rising, and the combination of an economic recovery, inflation, and baby boomer retirements will likely push interest rates closer to traditional levels. When that happens, each percentage point that interest rates exceed the projected levels of the Congressional Budget Office would add $30 trillion in government interest costs over the next three decades. In other words, the combination of soaring debt and rising interest rates could easily bring a debt crisis. And once that happens, the only policy options will be drastic inflation, massive new taxes, or an evisceration of federal benefits such as Social Security and Medicare.

Many progressives shrug off these concerns by promising that taxing the rich can pay for all this spending. The math says otherwise. Even if we combined virtually every progressive tax increase — including a 70 percent income tax bracket, higher capital gains taxes, Social Security taxes on all wages, an 8 percent wealth tax, a 77 percent estate tax, a carbon tax, and steep new taxes on Wall Street and corporations — they would not even balance the baseline budget over the next decade, much less finance any of President Biden’s spending spree. And even that assumes that combined marginal tax rates of nearly 100 percent do not devastate the economy.

This leaves the middle class to ultimately finance most of this new spending — just like they do in Europe. Social Security and Medicare are already facing shortfalls of $100 trillion over the next three decades, which would eventually require choosing between painful options such as raising the 15.3 percent payroll tax to 33 percent, instituting a 30 percent value-added tax (basically a national sales tax), or eliminating the majority of the remaining federal budget. President Biden’s spending spree would pour gasoline on this fire and raise your future taxes even higher.

And what are we getting for all this spending? The latest “stimulus” law gave $350 billion to state and local governments that are already facing budget surpluses, extended unemployment benefits that pay millions of individuals more to stay home than to work, and is driving new concerns of surging inflation. The President’s latest $4 trillion “infrastructure” initiative — the most expensive non-emergency legislation in more than half of a century — includes hundreds of billions in new corporate welfare subsidies and a grab-bag of items from the liberal wish list, all while shortchanging traditional infrastructure.

In fact, leading economic forecasters at the University of Pennsylvania have concluded that the President’s American Jobs Plan would actually reduce jobs, wages, and economic growth over the long-run. Yes, this infrastructure proposal is so poorly-designed that it would actually shrink the economy. As Ron Burgundy says in “Anchorman”: “Actually I’m not even mad. That’s amazing.”

President Biden is gambling America’s economy on the hopes that soaring deficits will not harm the economy, interest rates will stay low forever, and historic new taxes will be welcomed by the American people. Nothing less than the future of the U.S. economy is at stake.

Documentary looks back on the murder of Sarah Wellgreen
World News