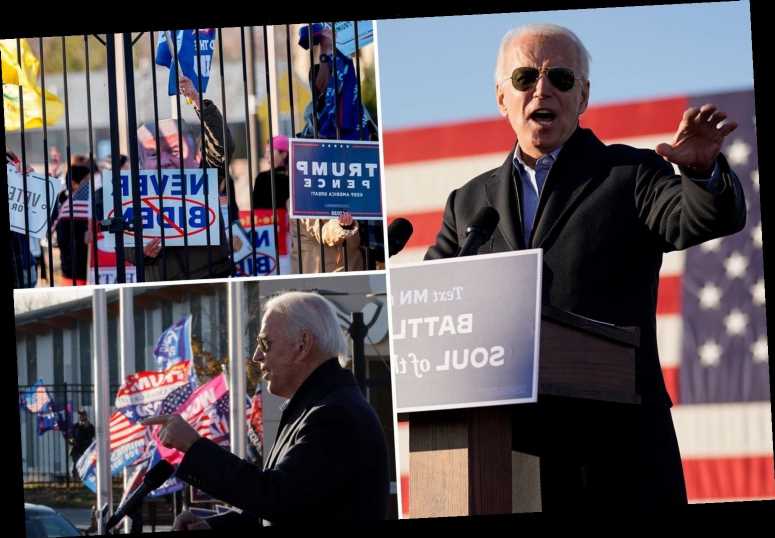 JOE Biden branded Trump fans "ugly folks" in a shocking outburst on Friday after they interrupted his drive-in rally in Minnesota.

The Democratic presidential nominee made the insult to Trump supporters at a campaign rally in St Paul just days before the November 3 election. 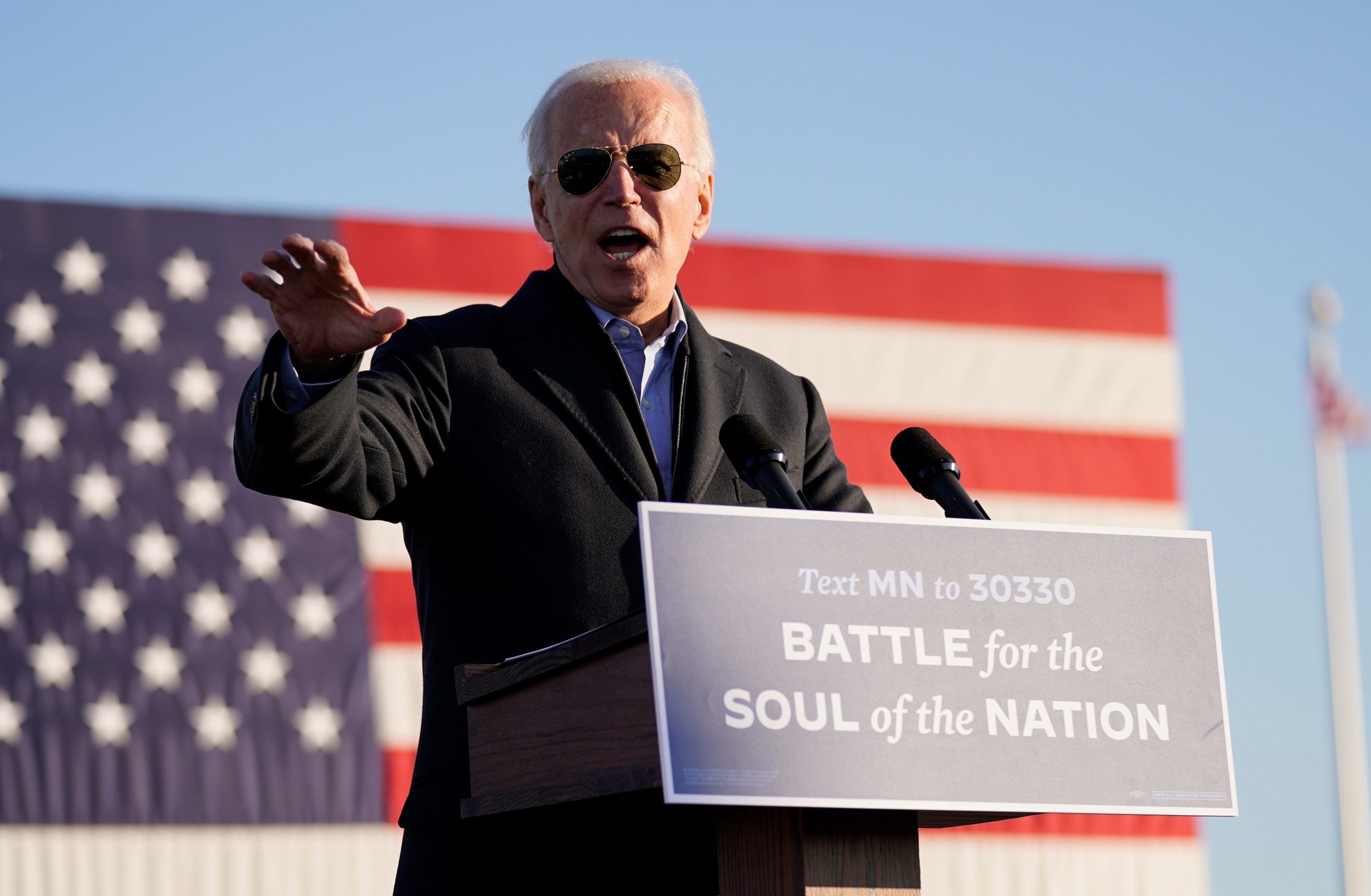 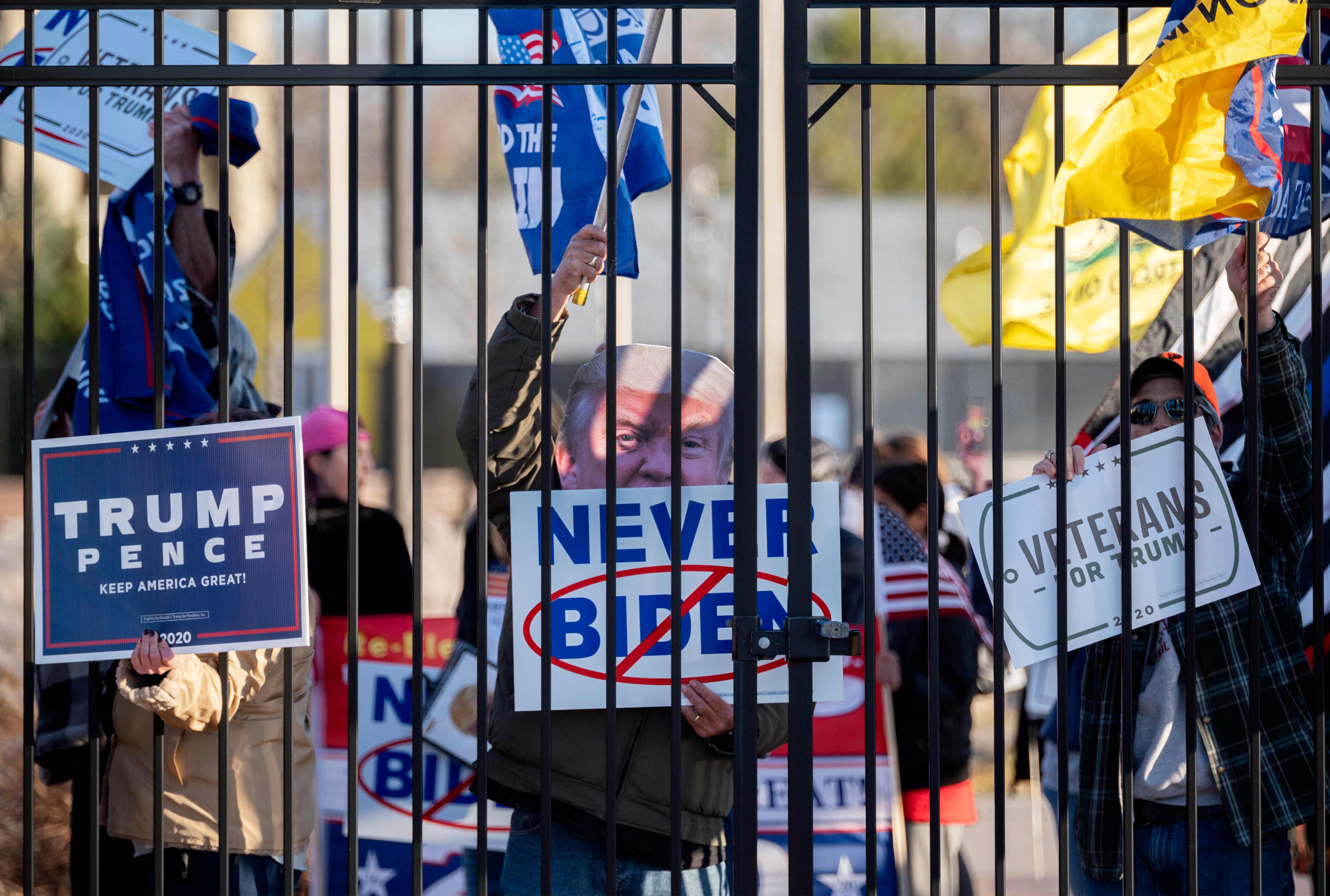 The noisy MAGA fans interrupted Biden by honking their horns as he discussed mask wearing – causing him to lose his cool and blast an angry response.

"Dr Fauci called for a mask mandate last week. This isn't a political statement like those ugly folks over there, beeping the horn," Biden said.

"This is a patriotic duty for God's sake!  Look, in his own words, as I said, the president knew back in January how extremely dangerous and communicable this disease was."

A furious Biden went on to address the noise two more times during his speech.

Biden's comment happened less than a minute after he said: "We need a president who will bring us together, not pull us apart."

Details for the invite-only drive-in rally were sent out to a shortlist of party activists.

Cars at the rally were socially distanced and parked about 10 to 20feet apart.

Outside the perimeter fence, a crowd of Trump supporters gathered to wave flags and brandish signs in support of the Republican president.

Biden also slammed Trump fans as "chumps" when they tried to crash his drive-by rally in Pennsylvania last weekend. 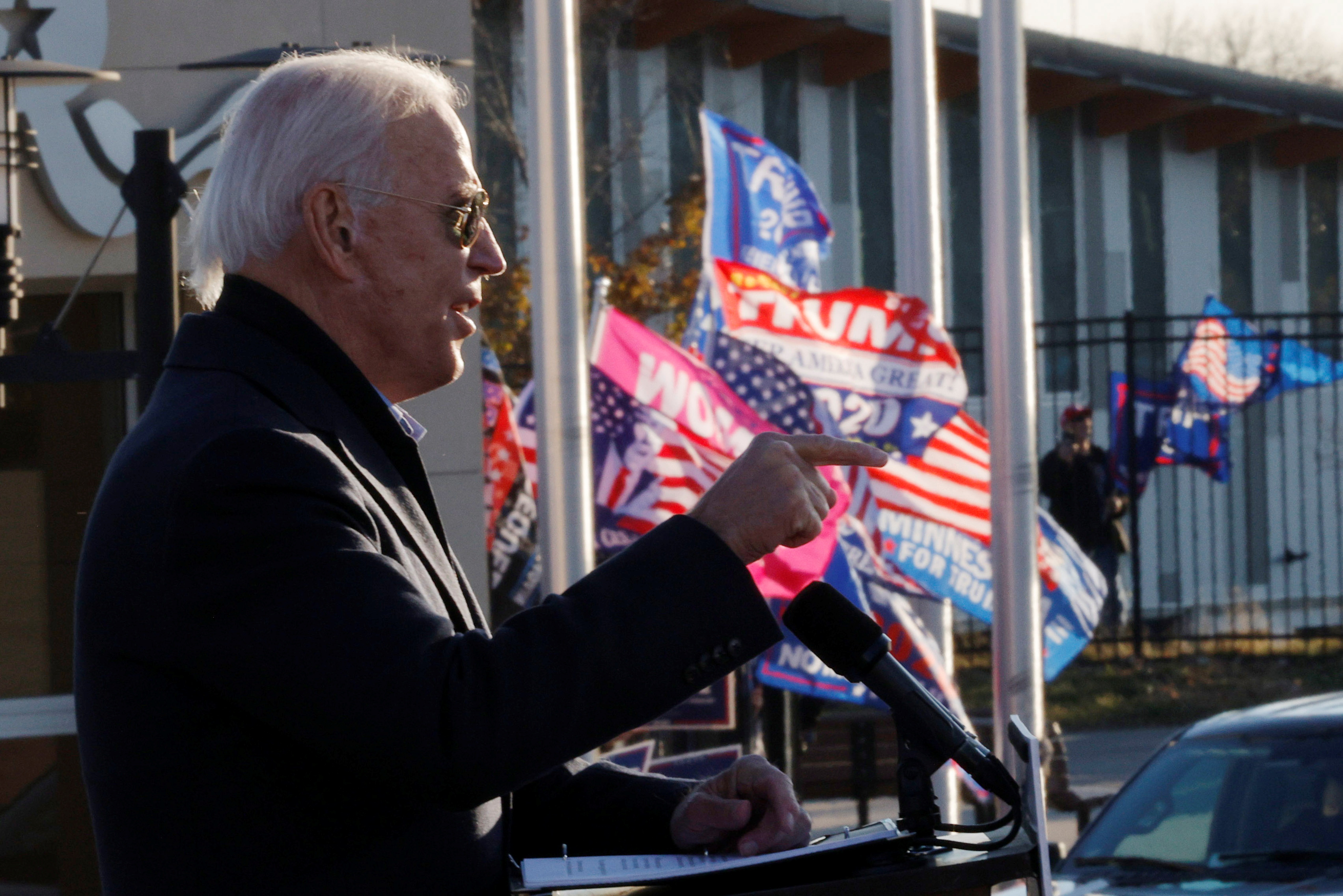 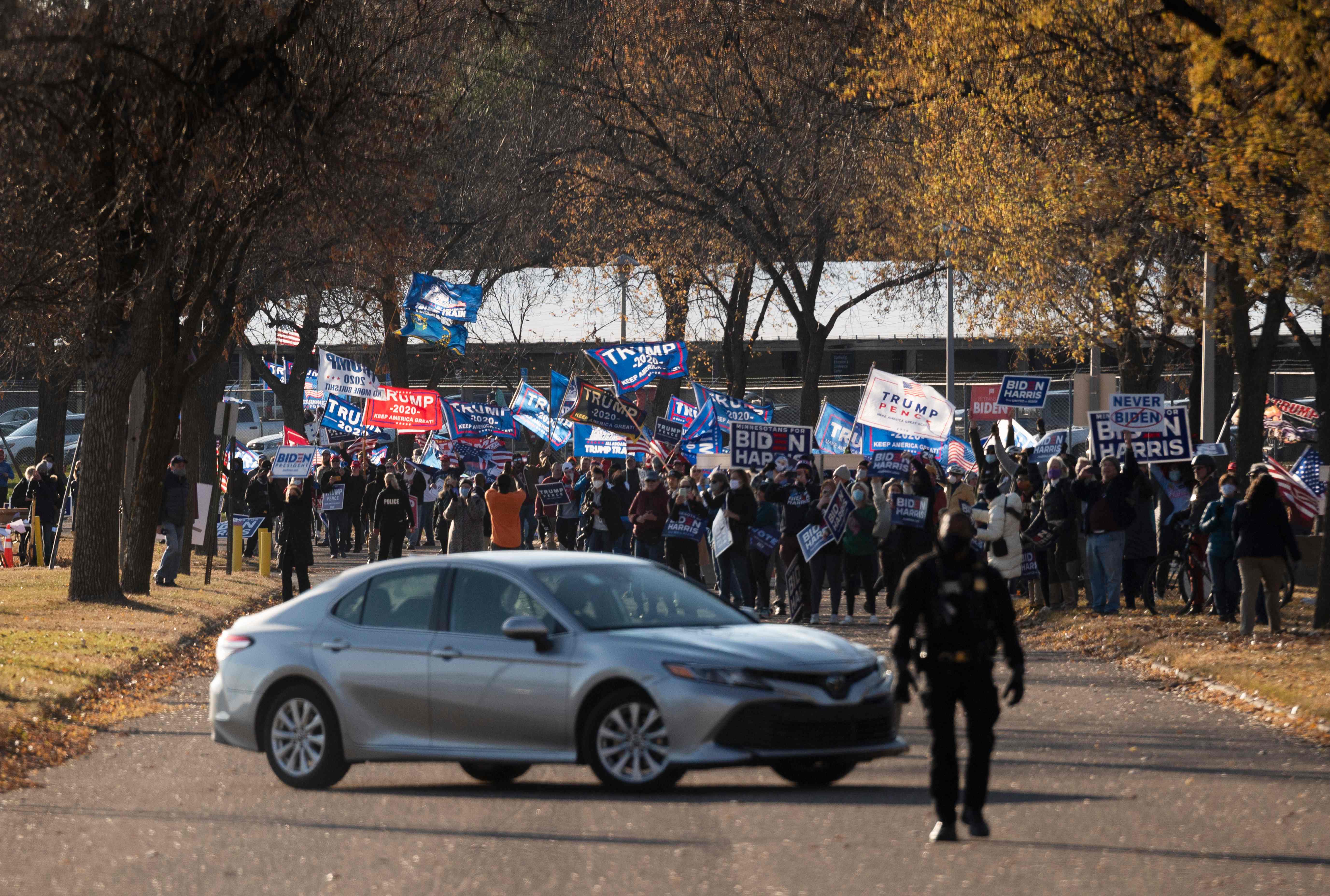 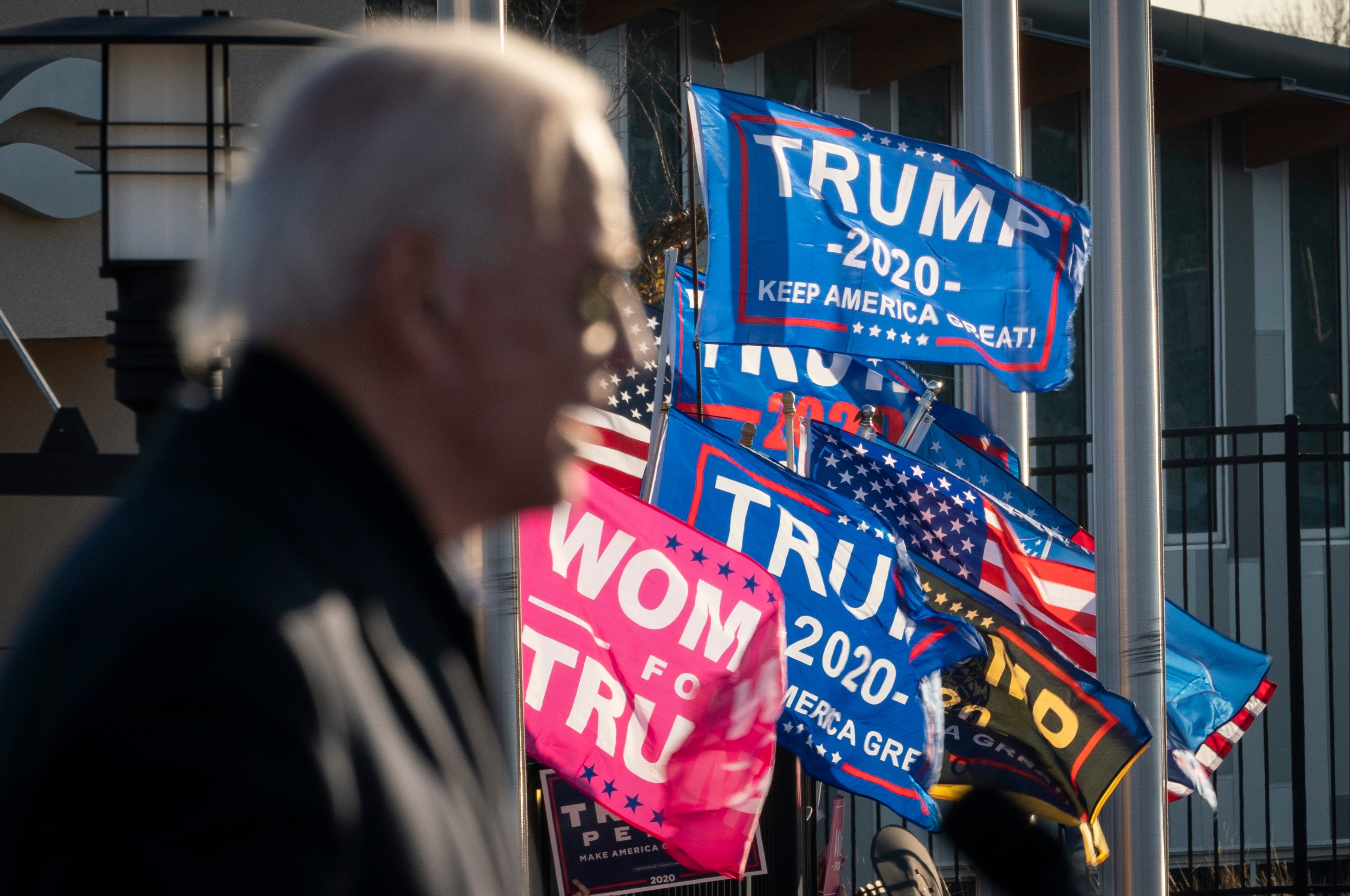 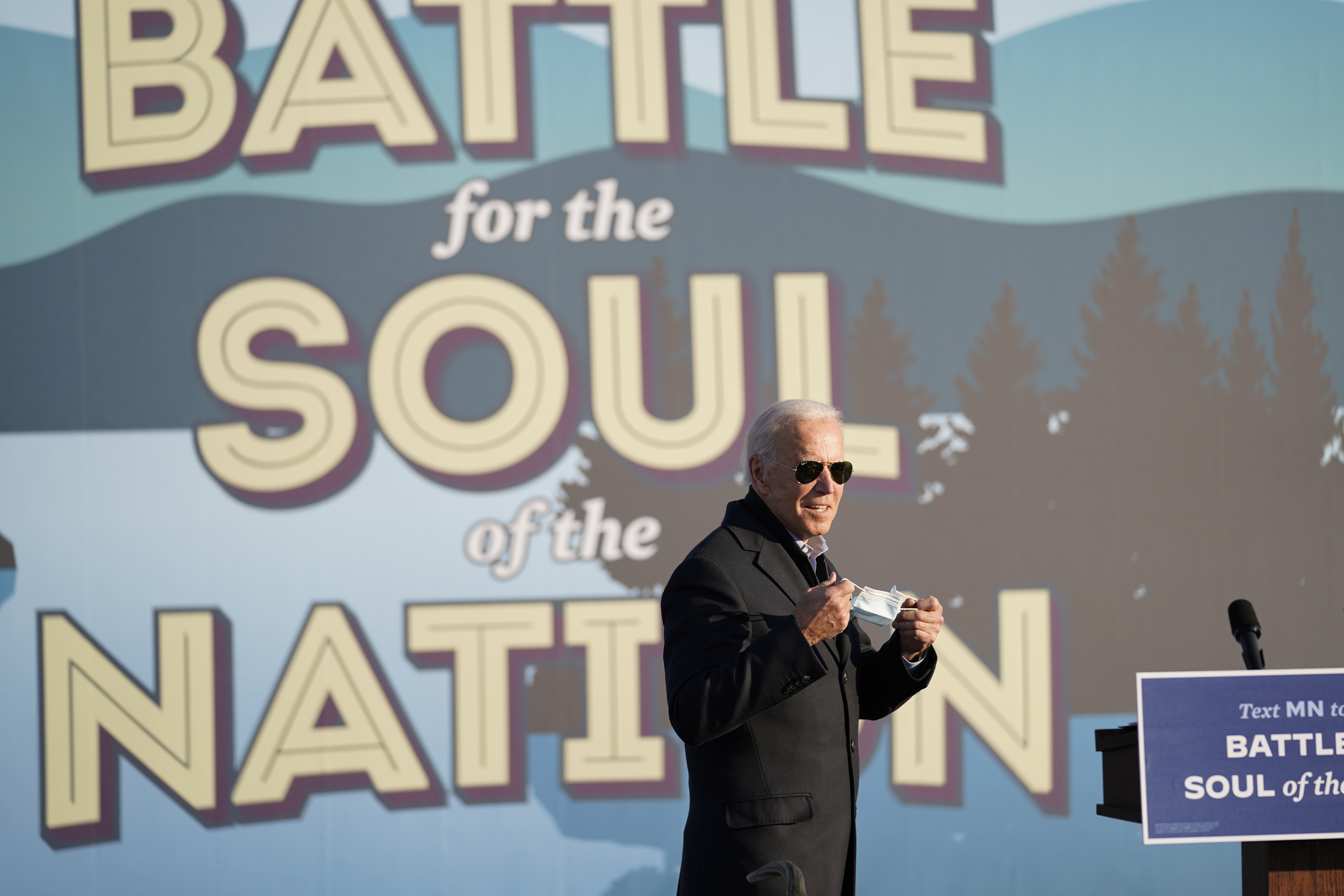 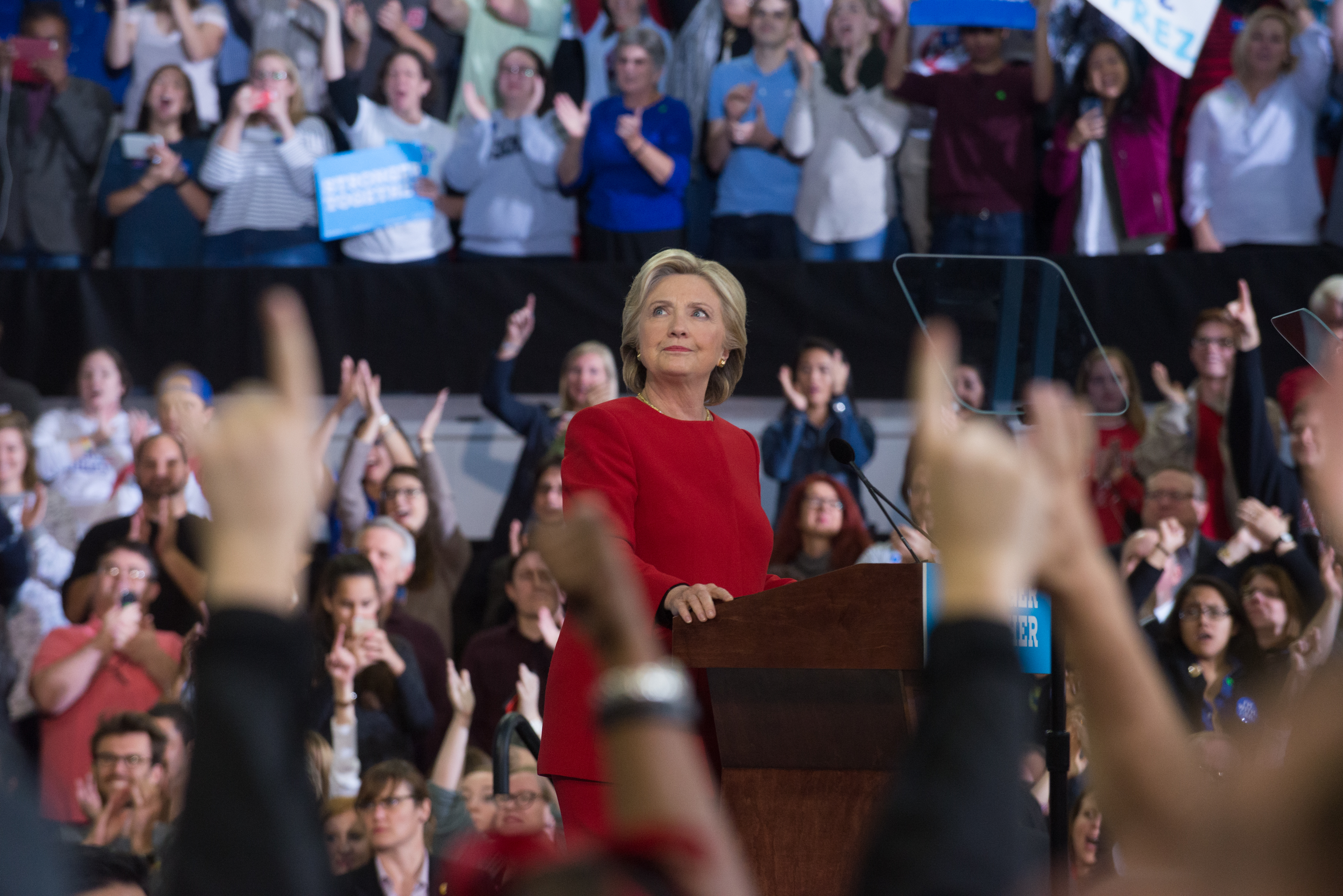 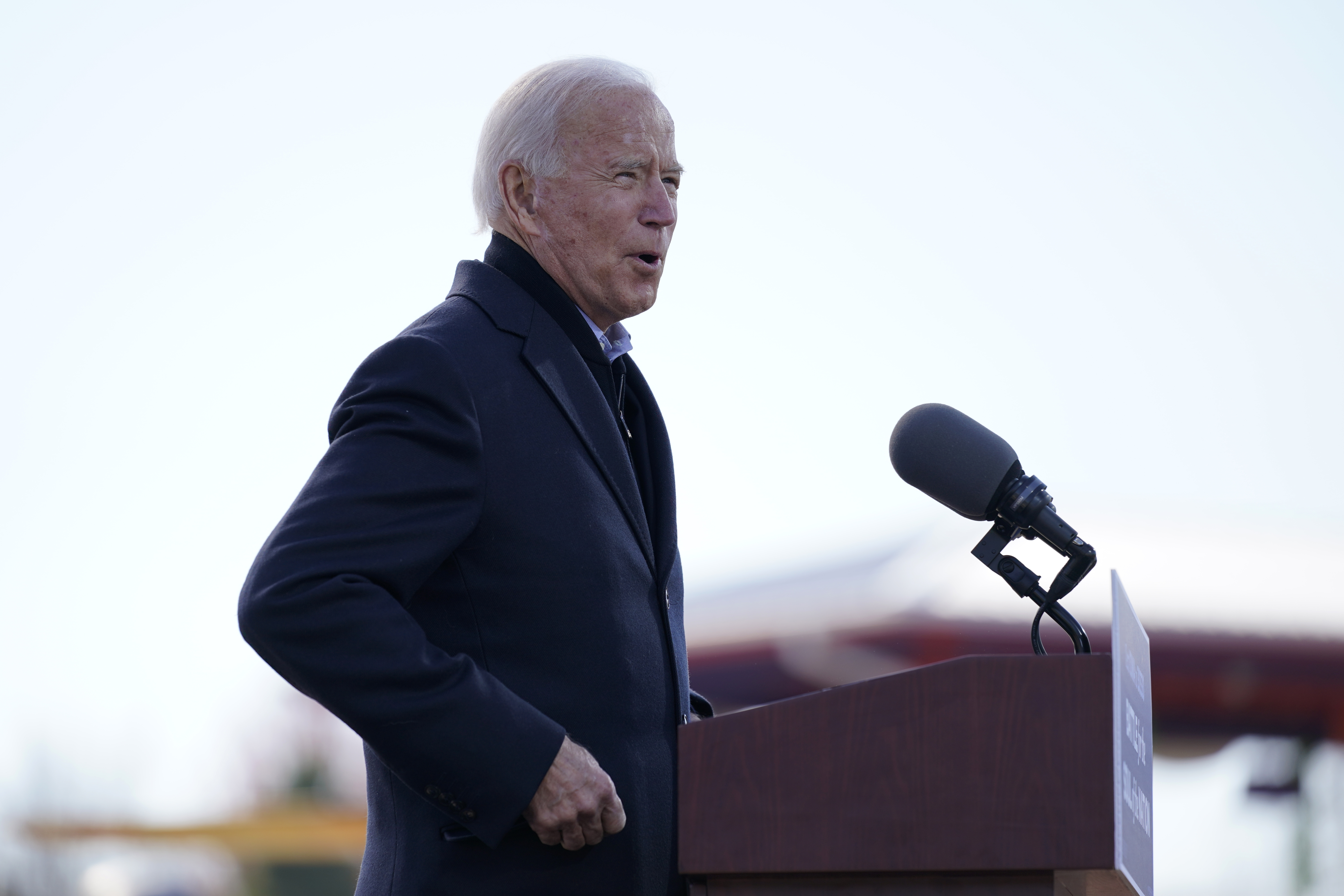 Critics of the former vice president accused him of echoingHillary Clinton's notorious "basket of deplorables" comment during her 2016 presidential campaign.

"I guess calling those who support a different political candidate ’chumps and ugly folks’ is a step up from ‘deplorables’," tweeted veteran T Lee Humphrey.

Podcaster Derek Hunter mocked Biden's comments in a tweet written in the candidate's "voice": "I will end the name-calling and bring the country together, unlike those ugly folks over there, those chumps who disagree with me.

"They probably work in the oil and gas industry and are whining that I'm going to put them out of work. Oh well, screw them," he tweeted.

Jason Lewis, a Republican running for the US Senate in Minnesota, expressed doubt about Biden's ability to unite the country after he insulted his opponents supporters. 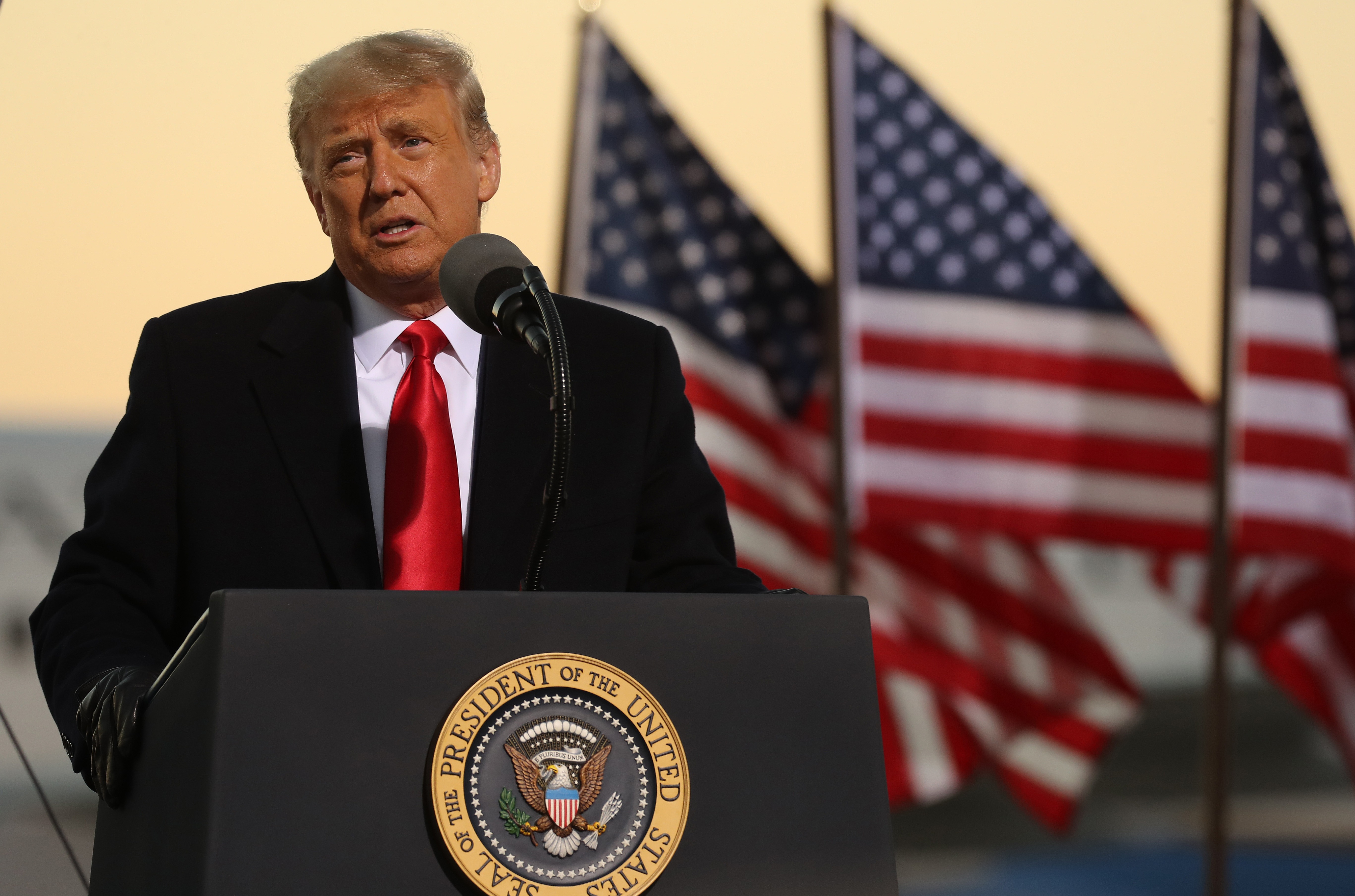 Trump claimed on Friday that only he could “protect America” from Joe Biden “surrendering to the radical left” in a closing pitch to voters.

In an op-ed published by Fox News, the president pleaded to voters with his record in the White House over the past four years.

“This country has seen politicians like Biden before. He will surrender U.S. jobs to foreign countries, surrender our future to the virus, and surrender our country to the radical, socialist left,” he claimed. 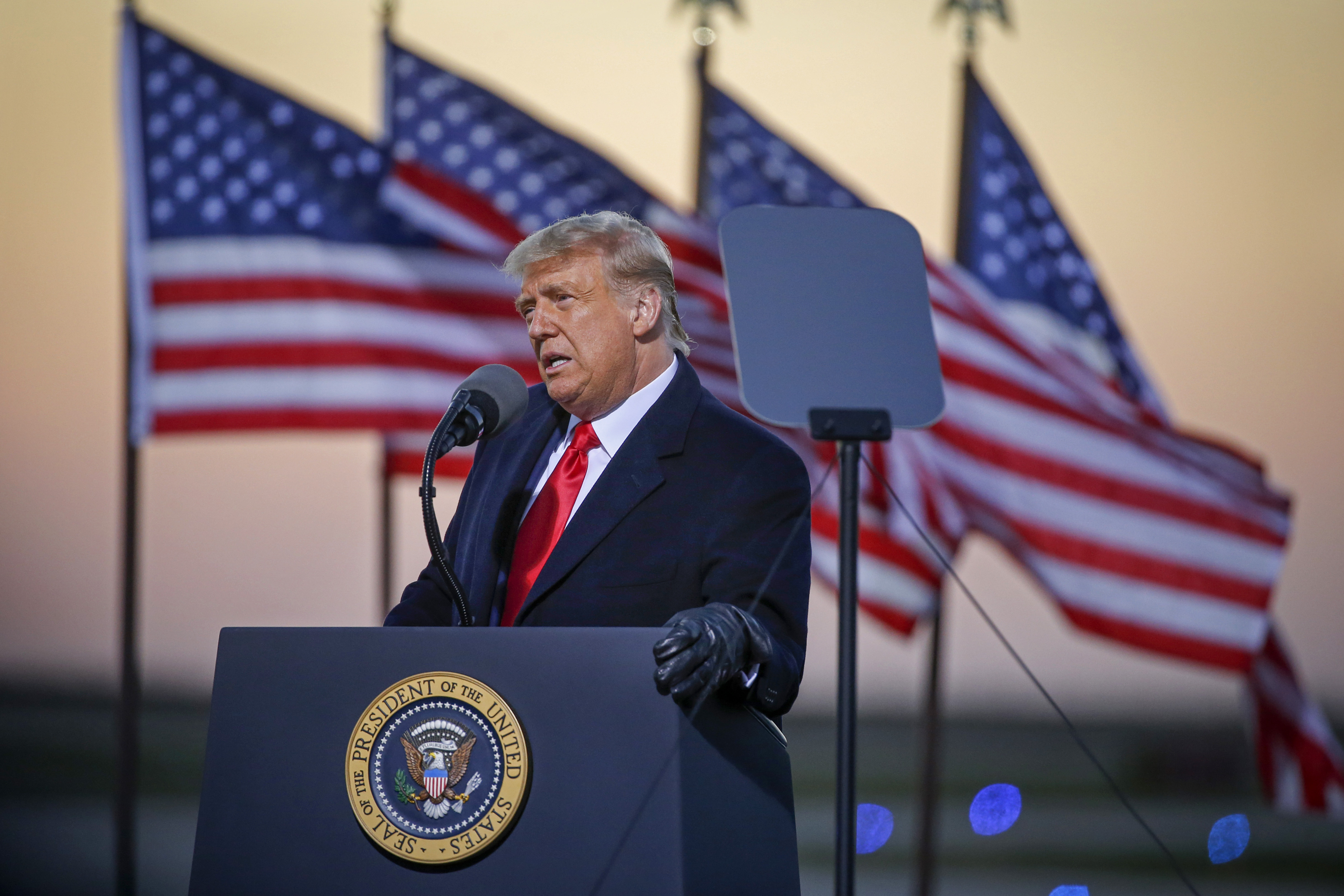