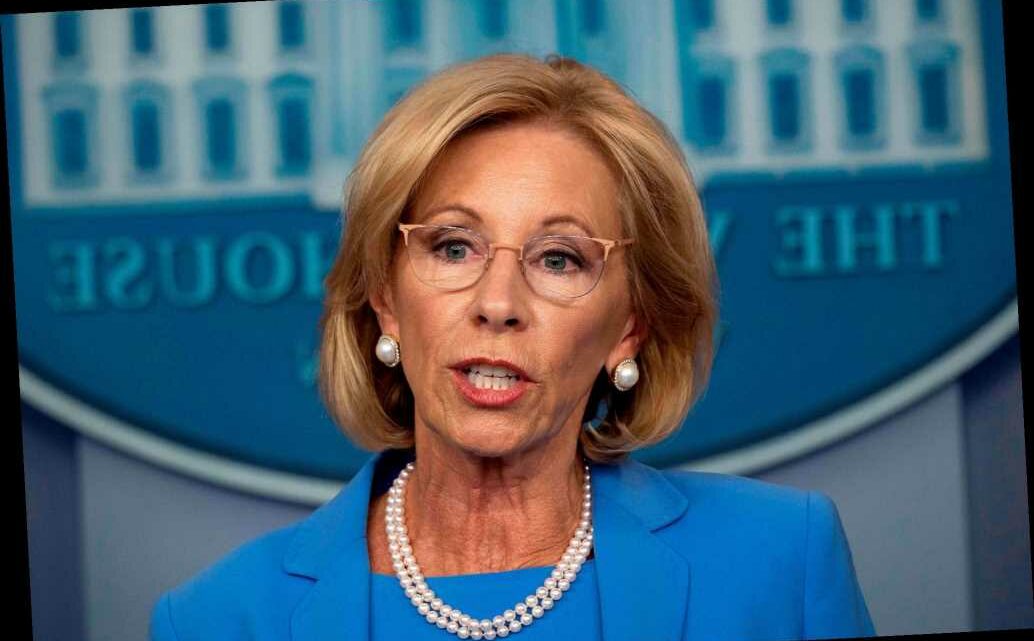 NYC must downsize its government and other commentary

Biden reportedly to be tough on charter schools

DeVos, who said the unrest was the tipping point, also blamed President Trump for contributing to Wednesday’s chaos.

“That behavior was unconscionable for our country. There is no mistaking the impact your rhetoric had on the situation, and it is the inflection point for me,” DeVos said in her resignation to President Trump Thursday night, which was obtained by the Wall Street Journal.

“Impressionable children are watching all this, and they are learning from us,” said DeVos.

She is the second cabinet secretary to resign over the mayhem. Earlier Thursday Transportation Secretary Elaine Chao said she was leaving her post, effective Jan. 11.

Four people died and dozens were injured Wednesday as Trump supporters smashed through doors and windows in the Capitol and battled police inside the Rotunda.

The violence did not prevent Congress from certifying Biden’s 306-232 Electoral College win, which was made official early Thursday.

Many Trump White House officials quit their jobs after the Capitol break-in — two weeks before the official handover on Jan. 20.

The stream of defections began with first lady Melania Trump’s chief of staff, Stephanie Grisham, who is a Trump White House “original” serving since 2017.