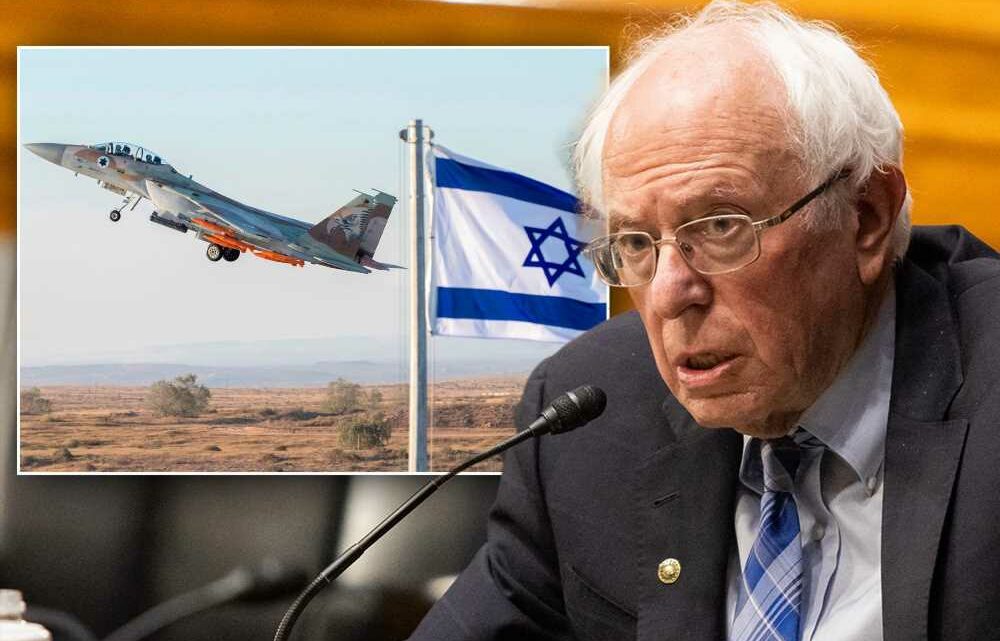 Sen. Bernie Sanders is taking a page out of Rep. Alexandria Ocasio-Cortez’s book — introducing a resolution Thursday to block the US sale of $735 million in weapons to Israel in the Senate.

A rep for Sanders (I-Vt.) confirmed his plans to The Post Thursday morning, which was first reported by the Washington Post.

“At a moment when US-made bombs are devastating Gaza, and killing women and children, we cannot simply let another huge arms sale go through without even a Congressional debate,” the Senate Budget Committee chairman said in a statement.

“I believe that the United States must help lead the way to a peaceful and prosperous future for both Israelis and Palestinians. We need to take a hard look at whether the sale of these weapons is actually helping do that, or whether it is simply fueling conflict.”

Congress was notified on May 5 that the Biden administration had approved the arms sale and that lawmakers would be given a deadline of May 20 to file a resolution objecting.

On Wednesday, group of House Democrats led by Rep. Alexandria Ocasio-Cortez (D-NY), a political ally of Sanders and a fellow progressive, introduced a similar measure to halt the sale.

Bush, who represents the St. Louis area, has been accused by a local Jewish newspaper of “refusing” to grant the outlet an interview last week.

The editorial board of the Jewish Light wrote in an op-ed, “The Light wishes to speak with Rep. Bush because we do our best to inform our local Jewish community about the issues they care about most. And Bush, during the campaign, took an unusual position for a Democratic or Republican candidate on one such topic: Israel.”

The paper did not provide evidence Bush outright “refusing” an interview, instead arguing her team had dodged efforts to set one up and had not responded to emails since late April.

A rep for Bush did not immediately respond to The Post’s request for comment on the matter.

Israel has come under attack by a barrage of rockets launched by Hamas from the Gaza Strip over the last week, sending residents fleeing for shelter as air raid sirens blare across Israel’s cities.

The Iron Dome defense system has been intercepting many of the rockets, with the streaks of multiple interceptor missiles lighting up the sky over Israel.

The spasm of violence has produced some of the worst fighting between Israel and the terror group since their 2014 war.

In line with progressive politicians, left-leaning organizations are also standing firmly with Palestinians.

Last Friday, a coalition of 140 progressive groups — including the Justice Democrats, MoveOn, the Working Families Party, CODEPINK and Democracy for America — released a joint statement condemning Israel for the bloodshed, which at the time had killed dozens.

“We are horrified by Israel’s use of disproportionate and deadly force against Palestinians in Gaza which have already resulted in the killings of dozens of Palestinians, including children.”

Black Lives Matter, which was not amongst the statement’s signatories, tweeted Monday that it was declaring “solidarity with Palestinians.”

“Black Lives Matter stands in solidarity with Palestinians,” the group tweeted. “We are a movement committed to ending settler colonialism in all forms and will continue to advocate for Palestinian liberation. ( always have. And always will be ). #freepalestine.”