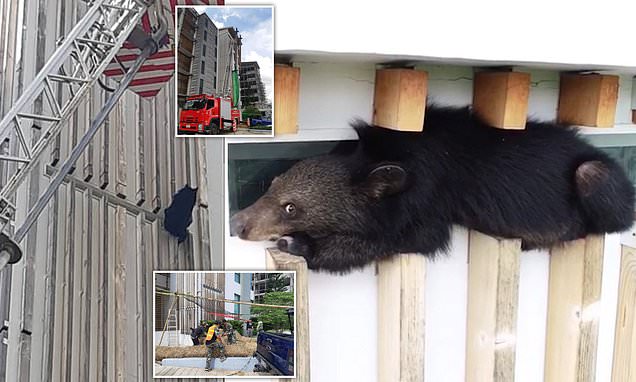 What are you doing up bear? Silly cub gets stuck on 60ft window ledge while searching for food in Thailand

A wild bear was rescued after spending two nights stuck on a 60ft high block of flats – which it climbed up looking for food.

The Asian black bear cub clambered up the side of the apartment building after being enticed by the smell of food coming from the sixth floor. 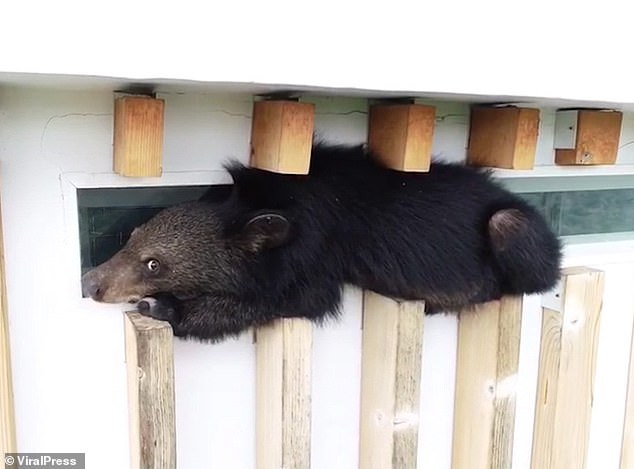 Wildlife workers arrived and spent the next two days trying to entice the cub into climbing down – but it remained laid out on the perilously thin bathroom window ledge.

The bear finally climbed back down on Sunday afternoon before running into another condominium.

Conservationists finally caught him using a large net and put him in a cage.

Department of National Parks officer Patpon Maneoon, who was involved in the rescue in the Pak Chong district, said: ‘This was a young bear so he was quite inexperienced. I don’t think an older bear would have tried to do this.

‘The youngster was probably trying to get inside one of the rooms looking for food. If there is a nice smell from food being cooked it can follow the scent. They are young. 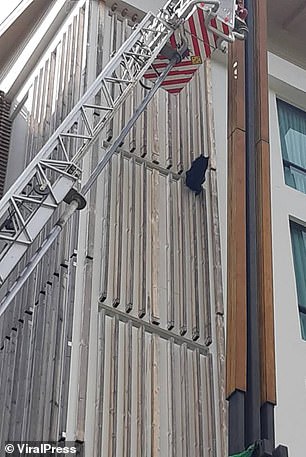 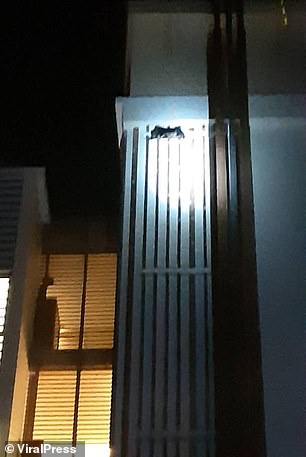 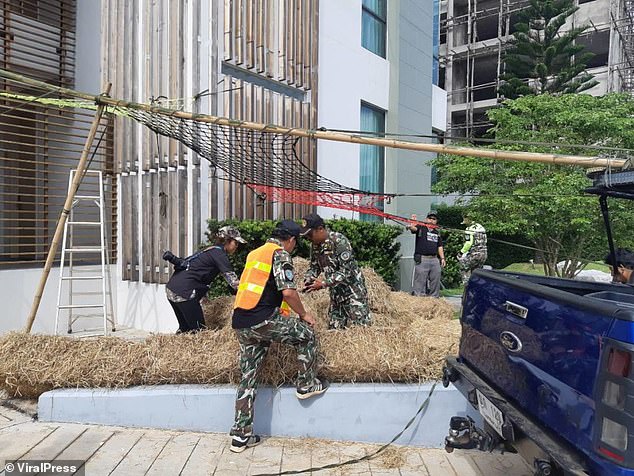 Patpon said that workers from the National Park Rescue Centre, local vets and staff from the Khao Yai National Park helped to bring the bear to safety.

They initially used a large crane to reach the animal and try to coax it down to the ground.

They even flew a drone close to it hoping that it would be pressured into scaling back down the edge of the building.

It eventually made the descent just after lunch time. Officials put the bear into a cage and it was driven back into the forest to be released.

Patpon Maneoon added: ‘People should not panic if a bear tries to get inside the building. But call straight away the emergency services for help.’ 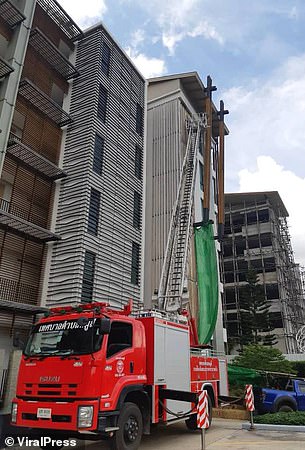 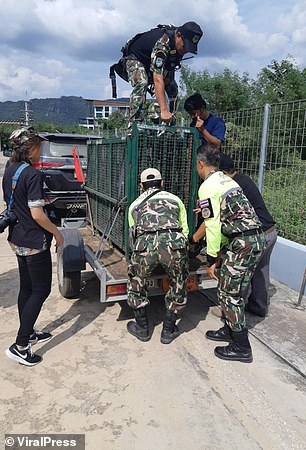 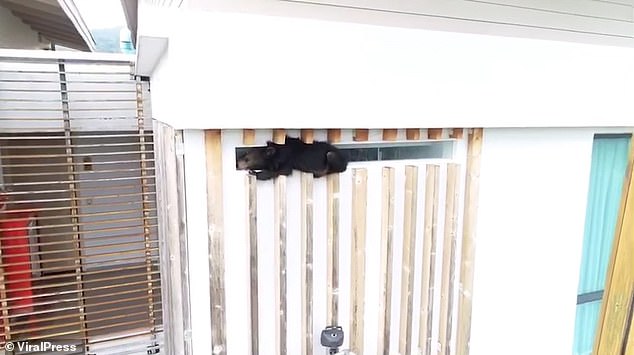 Tim McGraw To Open His First Gym In Nashville