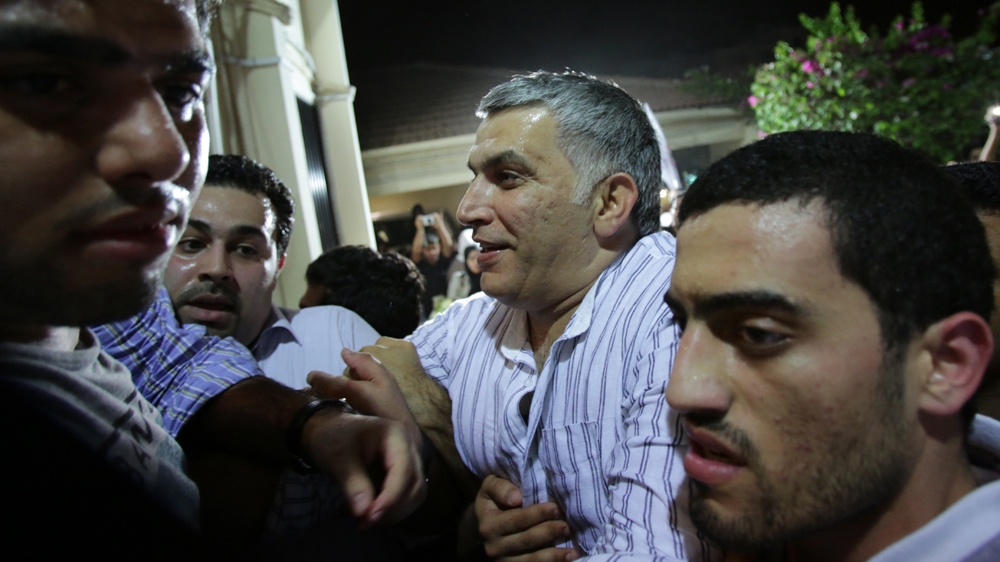 Rights groups warn ailing political activist, who has been in detention since 2016, could spend more years in jail. 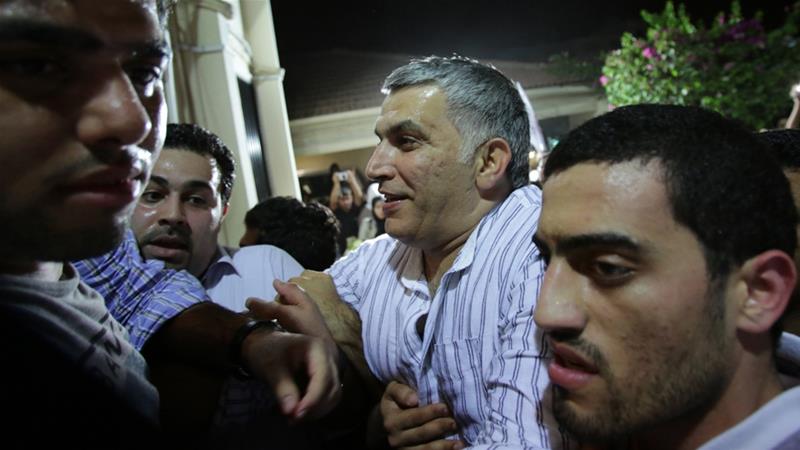 Human rights groups have roundly condemned a ruling by a Bahraini court to affirm a two-year jail sentence for activist Nabeel Rajab, saying the verdict “illustrates the corruption” of the kingdom’s justice system.

Rajab had been found guilty in July of “spreading rumours and untruthful information” against the government in TV interviews.

The verdict was upheld in November, following a legal challenge by Rajab. On Monday, an appeals court affirmed the lower court verdict, in a decision that was final.

The International Federation for Human Rights (FIDH) on Tuesday urged the Bahraini government to immediately release Rajab, saying he is a political prisoner who had “done nothing”.

“Nabeel is not only a human rights defender but also a man of intellectual value. He should not be in jail,” Dimitris Christopoulos, president of the Paris-based group, told Al Jazeera.

“I expect the Bahraini authorities to understand that violating the fundamental human rights of rights defenders is not the way to proceed,” he said, even as he warned that Rajab could face an even longer jail term for a separate case he faces.

Saeed al-Shehabi, leader of the opposition Bahrain Freedom Movement, called the ruling an “implementation of a state policy” and warned that the leadership in the capital, Manama, was determined to block any dissent.

“Yesterday’s decision was not just a gross violation of his human rights and the principles of fair trial,” al-Shehabi told Al Jazeera on Tuesday. 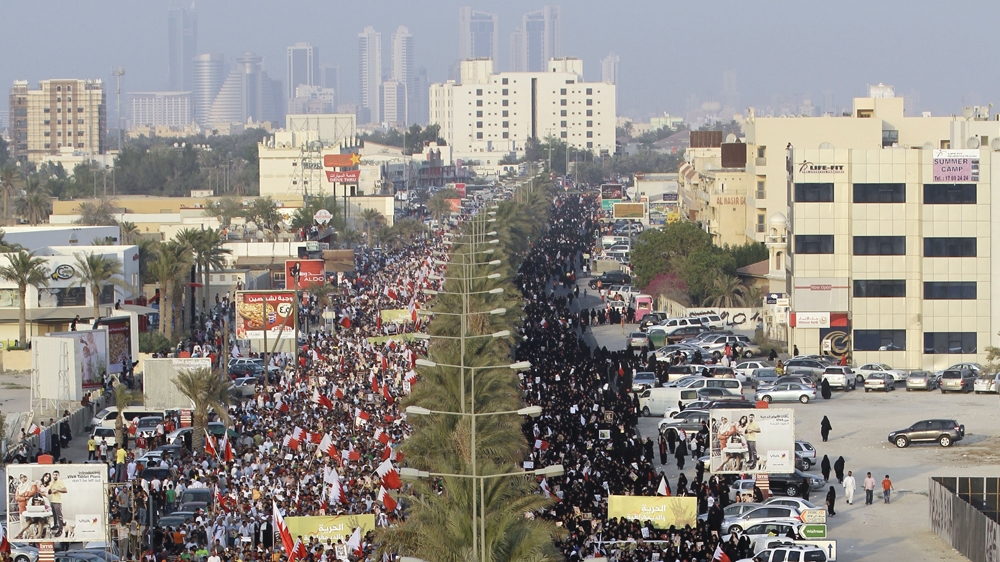 While already in jail, the government charged Rajab with more offences over his social media posts about torture in Bahrain’s Jau Prison – where he is held –  and his criticism of the Saudi-led war in Yemen, which his country’s rulers support.

Rajab had also written a letter published in the New York Times, criticising Bahrain’s treatment of its people and handling of dissent.

For those charges, Rajab faces a separate 15-year jail term, a prospect that Christopoulos, of FIDH, described as “outrageous” and “grotesque”.

The Bahrain Center for Human Rights, the rights watchdog which Rajab leads, said the kingdom “routinely misuses the courts” to target activists and opposition members.

“We are very worried about Nabeel’s safety and well-being,” the organisation said in a statement on Monday.

“Authorities should release him immediately, drop the charges against him and investigate thoroughly his possible ill-treatment in detention.”

Sayed Ahmed Alwadaei, director of the London-based Bahrain Institute for Rights and Democracy (BIRD), said that Rajab was denied “a fair trial at every stage”.

“This is a slap in the face of free expression and tragically illustrates the corruption of the justice system,” Alwadaei said in a statement.

“Bahrain’s rulers are fearful of the truth,” he said, adding that they have been “emboldened by the unconditional support” of the US and UK, both of which have existing or pending military bases in the tiny Gulf state.

Rajab, who had been previously jailed in 2012 and 2014, was re-arrested in July 2016. It took another six months for the prosecutor to investigate and file charges against him, and he later received the two-year sentence.

According to BIRD, the upholding of the sentence on Monday means Rajab will stay in jail at least until the end of 2018. Since his 2016 detention, he would have spent two years and six months in prison – six months beyond his sentence.

For Rajab’s second charge, which carries up to 15 years in prison, a decision is due in February.

At Jau Prison, BIRD said, Rajab had been subjected to “humiliating treatment”, including the forcible shaving of his hair, “degrading” search of his body and confiscation of his personal belongings.

He had been transferred to the facility in October 2017, after being hospitalised for six months because of the deterioration of his health.

Starting in 2011, Shia-led protests erupted across the country, forcing neighbouring Saudi Arabia to intervene on behalf of the Al Khalifa family, which has ruled the kingdom for 200 years.

Saudi Arabia has accused its regional rival, Iran, of encouraging its Shia-majority population to rise against Bahrain’s Sunni rulers, allegations that Tehran has denied.

This ‘Russian Doll’ Actor Was Raised on a Sailboat — Yes, Really
World News