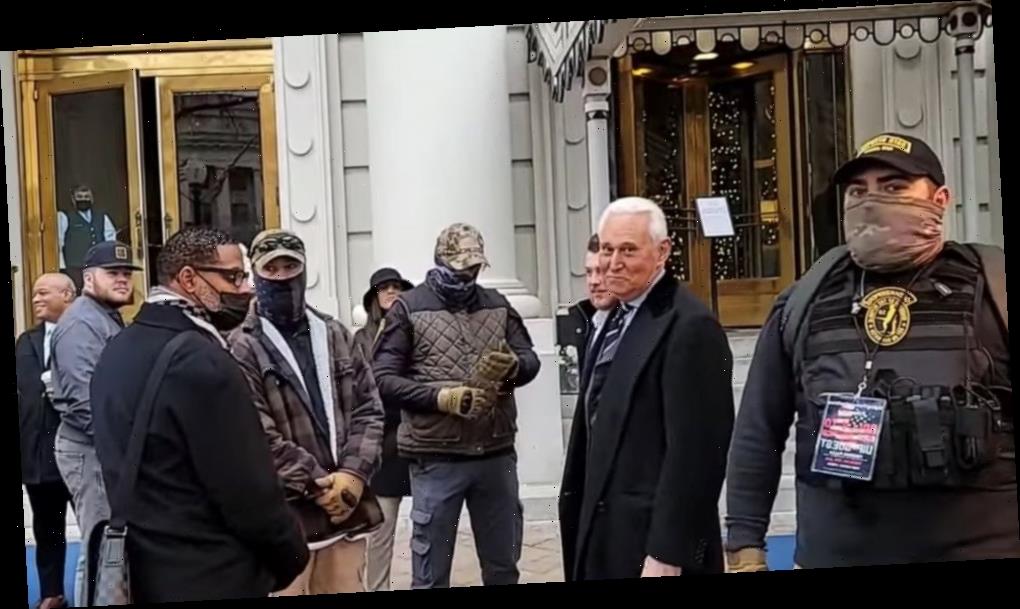 A New York man with ties to the Oath Keepers militia group and former President Donald Trump’s longtime adviser Roger Stone has been arrested in connection with the Jan. 6 Capitol riot, a law enforcement official told ABC News on Monday.

Roberto Minuta, of Newburgh, New York, was seen in a video first unearthed by ABC News flanking Roger Stone on the morning of Jan. 6 outside a Washington, D.C., hotel.

In the video, Minuta can be seen standing with Stone wearing a baseball hat and military-style vest branded with the Oath Keeper logo.

He was spotted on video later that day in the gathering crowd approaching the Capitol.

The charges have not yet been made public.

In February, Minuta’s wife confirmed to ABC News that her husband had gone to the Capitol on the day of the insurrection, but said that he never went inside the Capitol building.

He was “another patriot outside the Capitol Building … standing up for freedom,” she said.

Attempts to reach her Monday were unsuccessful.

The arrest comes as the Department of Justice continues to pursue individuals who participated in the Jan. 6 Capitol attack. Dozens of individuals with ties to extremist groups have been arrested for their role, including at least five people associated with the Oath Keepers — three of whom have been charged with conspiracy.

The FBI said in one court filing that some members of the Oath Keepers “took steps to plan an operation to stop, delay, and hinder Congress’ certification of the Electoral College vote.”

The longtime GOP operative has maintained that he played “no role whatsoever in the Jan. 6 events” and has repeatedly said that he “never left the site of my hotel until leaving for Dulles Airport” that afternoon. He has also decried attempts to ascribe to him the motives of the people around him.

“I had no advance knowledge of the riot at the Capitol,” Stone told ABC News about the video in February. “I could not even tell you the names of those who volunteered to provide security for me, required because of the many threats against me and my family.”

Oath Keepers were known to be providing security for Stone during his D.C. visit. Reports surfaced in January that militia members were traveling with Stone on the day before the Capitol assault as the Trump loyalist helped set the stage for the “Stop the Steal” events that were intended to give a forum to the president’s false claims that the 2020 election had been rigged.