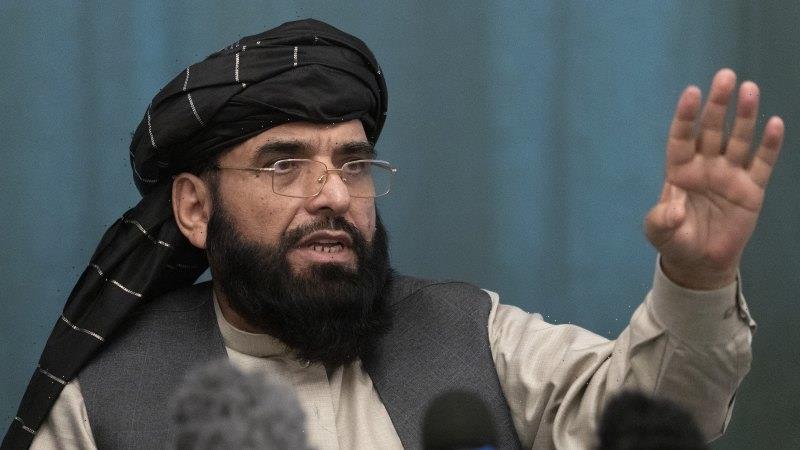 Muslim Australians have raised concerns about an online forum being promoted by the Australian Federation of Islamic Councils that will include two senior Taliban representatives.

The federation, which describes itself as the peak group representing Muslims in Australia, is holding the event on Saturday to discuss the “Islamic Emirate of Afghanistan” – the Taliban’s official name for their country – and the Muslim diaspora. 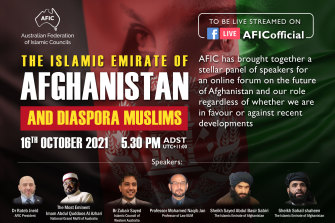 A post promoting the event with to Taliban representatives.

“AFIC has brought together a stellar panel of speakers for an online forum on the future of Afghanistan and our role regardless of whether we are in favour or against recent developments,” a promotional social media post for the event states.

The six speakers include Taliban spokesman Suhail Shaheen, who has previously been interviewed by Australian and international media, and Sayed Abdul Basir Sabiri, another senior figure in the hardline Islamic group that recently took power in Afghanistan amid the chaotic withdrawal of US-led forces.

Other speakers include AFIC’s president Rateb Jneid and Abdul Quddoos Al Azhari, declared by the organisation to be Australia’s grand mufti.

The event attracted immediate criticism from some members of the Muslim community, including comedian Nazeem Hussain. 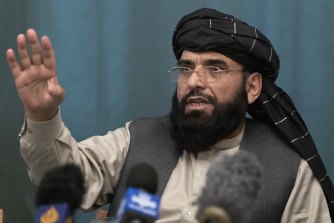 Taliban spokesman Suhail Shaheen is set to speak at the event. Credit:AP

One member of the public questioned why it was all “elder men on the panel and no women”, suggesting AFIC invite one of the “well-educated, strong Afghan women throughout Australia”.

A senior member of the Muslim community, who did not want to be named, told The Sydney Morning Herald and The Age the event “throws the whole Muslim community under the bus just to get some attention”. 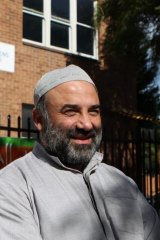 “We should care more about refugees coming into Australia, help settle them first. Having a forum with the Taliban, there is no purpose to be achieved. It is a disservice to the whole Muslim community,” the person said.

AFIC chief executive Keysar Trad defended the event, saying the Taliban was now “recognised as the government of Afghanistan” and official representatives had been invited to participate in the event.

“Our members have serious concerns about and for the future of Afghanistan. We have many members who are Afghan-Australians and they want to hear directly about what the future holds,” Mr Trad said.

He said AFIC was also seeking to deter young Australian Muslims from travelling to Afghanistan “for the wrong reasons” following the Taliban takeover, pointing to the previous example of people travelling to Iraq and Syria to join Islamist groups.

Mr Trad said AFIC wanted women’s rights to be protected in Afghanistan and this view would be conveyed to the Taliban representatives in the Saturday event.

“I am concerned that some members of the community are trying to censor this event however the vast majority of members have supported it and believe the only way to get our concerns across is to talk about them,” he said.

NSW Labor’s police and counter-terrorism spokesman Walt Secord said the “irresponsible” event should be shut down.

“This event looks like a road map to radicalisation,” Mr Secord said.

“I am absolutely disgusted that any organisation in Australia would provide a platform to the Taliban and their primitive views.”