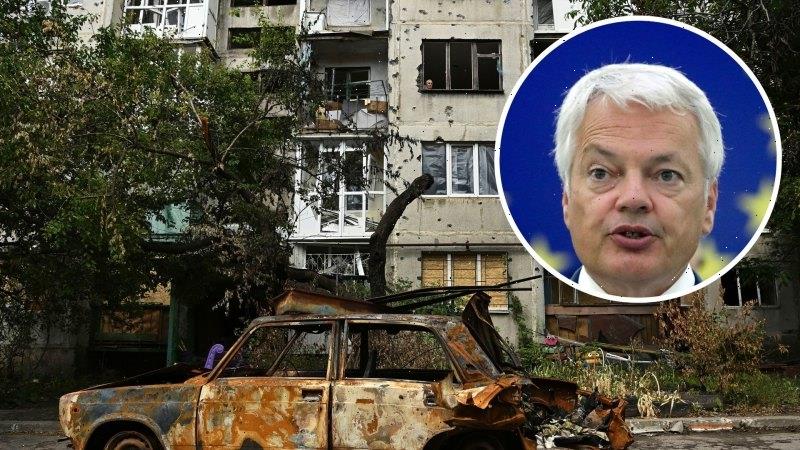 Brussels: Australia will gain access to evidence of alleged war crimes in Ukraine in an international effort to record the eyewitness accounts of thousands of victims and share their testimony between global prosecutors, even if it takes years to track down perpetrators.

The European Union wants to work with Australia and other countries to ensure evidence is gathered from around the world to form a single store of detailed facts to one day bring war criminals to justice. 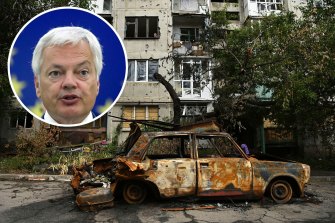 The initiative places a responsibility on Australia to gather testimony from refugees who fled Ukraine after witnessing crimes of aggression as it could add to the evidence being collected in Europe.

EU Justice Commissioner Didier Reynders said Australia would also need access to the store of evidence if perpetrators one day sought to evade prosecution by taking up residence far from their crimes, such as in Australia.

“It’s possible to collect evidence in Ukraine but it’s also possible to collect testimonies from the refugees coming to other states and who can testify about war crimes, crimes against humanity, but also violations of human rights,” he said. “We will see thousands and thousands of claims.”

With more than 23,000 alleged war crimes registered in Ukraine so far, the EU is leading a joint investigations team formed by six nations – Lithuania, Poland, Ukraine, Estonia, Latvia and Slovakia – and supported by the European Union Agency for Criminal Justice Cooperation, known as Eurojust.

Graphic evidence of alleged war crimes has been reported by Anthony Galloway and Kate Geraghty of The Sydney Morning Herald and The Age this week in a series of reports from Ukraine based on statements from witnesses and survivors.

“The simple truth is that, as we speak, children, women and men, the young and the old, are living in terror,” International Criminal Court (ICC) prosecutor Karim Khan said in The Hague on July 15 when he opened a summit on war crimes co-hosted by the EU and the Netherlands.

The alleged crimes have included killings in the Kyiv suburb of Bucha as well as missile attacks on apartments and shopping centres and the March 16 bombing of a theatre in Mariupol. Russia has denied targeting civilians.

Ukraine’s then–prosecutor general, Iryna Venediktova, said on July 15 that more than 23,000 war crimes cases had been registered in the country. In the first case to go to court, a 21-year-old Russian soldier pleaded guilty in May to killing an unarmed civilian.

Australia is one of about 40 nations to formally refer the Ukraine crimes to the ICC in The Hague, setting up a broader process that might one day hold leaders rather than individual soldiers to account. Prosecutors from the ICC and Eurojust are also supporting Ukraine’s prosecutors.

Foreign Minister Penny Wong pledged on July 14 to offer Australian support for the ICC case against Russia, after Prime Minister Anthony Albanese signalled the move during his visit to Kyiv earlier this month.

“Russia must be held to account for its illegal and unprovoked aggression against Ukraine,” she said.

Reynders, who was minister for foreign affairs in Belgium from 2011 to 2019, said Australian authorities could take evidence from Ukrainian refugees who witnessed war crimes.

“If you have that, it’s possible to work with your justice system to make an agreement with Eurojust and to put all the evidence in the same storage,” he said.

“Because maybe the evidence collected in Australia will be useful for investigations in Poland, or in Ukraine or at the ICC.

“That’s a reason why we try to have a very robust place to organise the storage because the investigation time will be long, very long.

“To prosecute war crimes or crimes against humanity you need to have a very clear methodology, because it’s very important that at the end it will be a prosecutor who will be in charge and will say whether we are taking such evidence on board or not. So we need to be very prudent.”

The EU justice commissioner, whose position is akin to the attorney-general, also wants to ensure a close working relationship with Australia on sanctions imposed on Russia to e

The sanctions regime had already frozen assets worth about €13.8 billion ($20.5 billion) but is poised to go much further after Reynders gained approval for a new criminal offence when an oligarch seeks to circumvent the sanctions. Breaking the law would lead to the assets being confiscated by EU member states.

“The next stage will be to ask the member states to put the money coming from the confiscations into a common fund to help the Ukrainian people – to give the money back to Ukraine,” he said.

“What we have asked of many partners, including Australia, is to be very attentive about such a kind of possibility to see transfers of assets, not only bank accounts, but yachts or artworks or things like that, to places like Australia,” he said.

“It’s possible to transfer assets to the neighbouring countries in Europe, it’s the most evident solution, to go maybe to Turkey with a yacht, or to go to the Balkans, and so on.

“But we have asked for a good collaboration with other countries. And in the case of Europol, there are many contacts with Australia, like with other partners, to avoid any possibility for the oligarchs to bypass the sanctions and find a way to move assets to other places in the world.”

Archie Battersbee's parents to appeal against turning off life support