Aubrey Plaza is now a blonde and looks drastically different 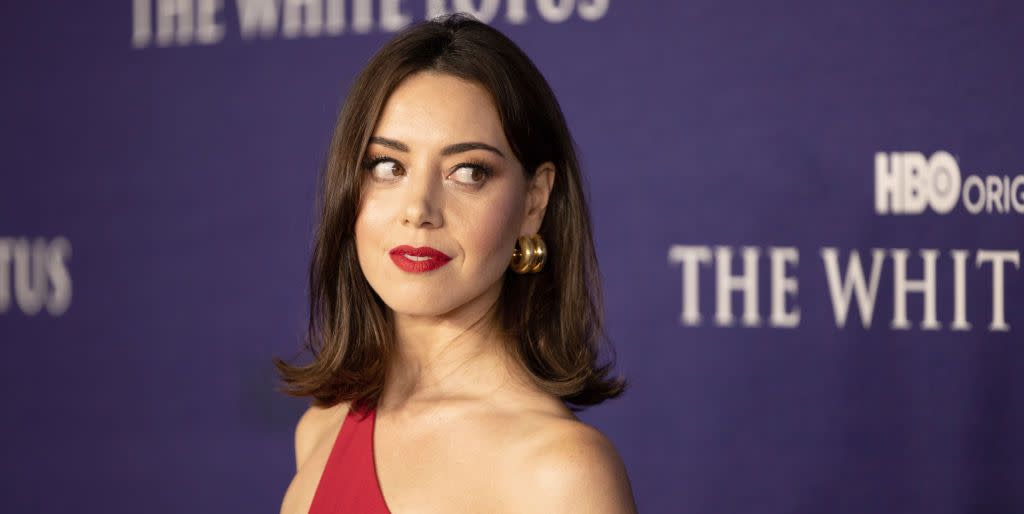 On Saturday night, Aubrey Plaza attended the 13th annual Governors Awards at the Fairmont Century Plaza in Los Angeles, and she used her red carpet moment to debut a brand new hairstyle. Gone were her trademark dark locks. Plaza is now a blonde.

The 38-year-old actress had her new golden hair up in a stylish chignon, with a side part, bringing a touch of classic glamour to her black halter dress. 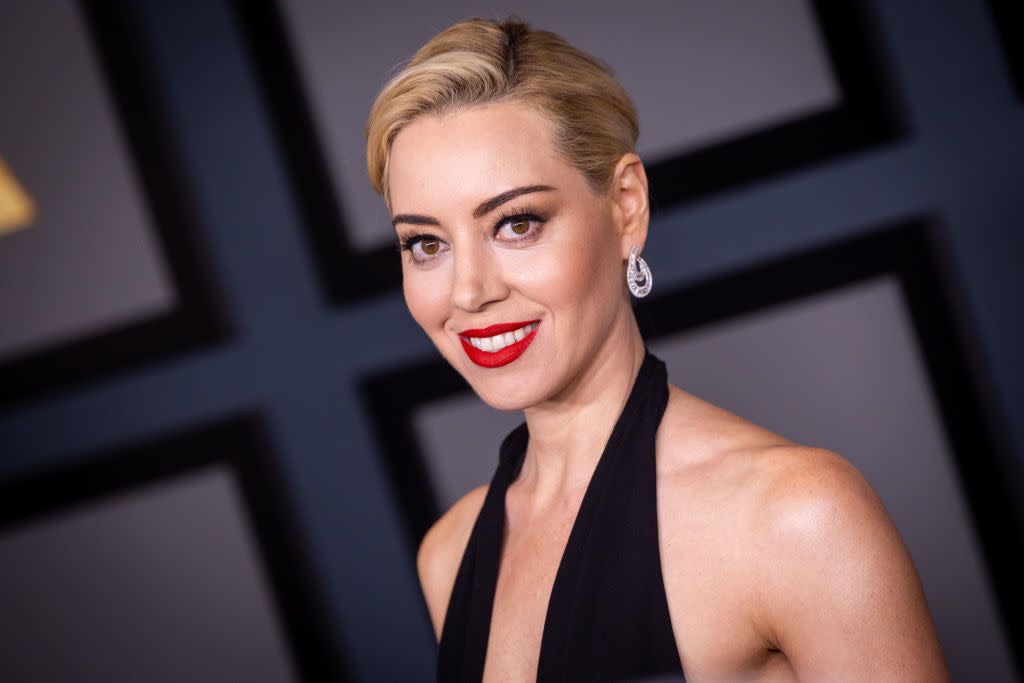 The Mônot gown featured a plunging neckline and the long skirt had a thigh-high slit, showing off her open-toe heels. For extra dazzle, she wore Graziela Gems and Effy jewelry, including diamond drop earrings and a jewel-encrusted bracelet, and she carried a black clutch. For a touch more color, Plaza wore a bright red lip and a matching mani and pedi in bright crimson. On her eyes, the Parks & Rec star wore dark black eyeliner. 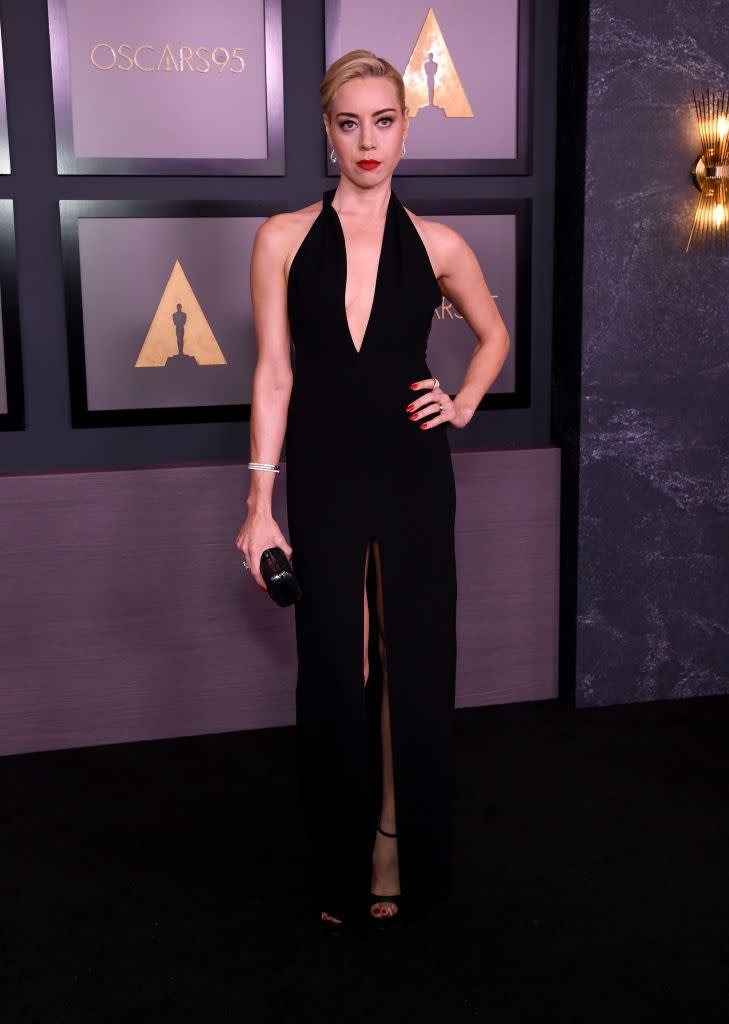 Plaza has been a popular Hollywood figure for some time, but this year has been particularly big for the star. Her role on the second season of The White Lotus just debuted on HBO, and it was recently announced that she'll be joining the Marvel Cinematic Universe on the Wandavision spin-off, Agatha: Coven of Chaos. Her starring turn in John Patton Ford’s new film Emily the Criminal has been receiving accolades.

“Soon, I’m going to get into the world of prosthetics and start doing some Meryl Streep sh-t where I change my nose and my hair so people can just completely forget that it’s me,” Plaza told Backstage in a recent interview. “I’m always surprised that, when I do something new, there’s always that one person who says, ‘There she goes, doing the Aubrey Plaza thing again.’ I can’t change the sound of my voice. I only have my own instrument to work with.”

She added, “Anyway, I sound bitter, but I’m not. But I am always surprised that people use ‘deadpan’ to describe some things that I’ve done. It just feels a little reductive. But that’s my journey.”

Sounds like it was time to change things up.

VIDEO: Mother dragged from house fire by neighbours before it exploded

Q: What Is Xeomin and Why Am I Seeing It *Everywhere*?
World News