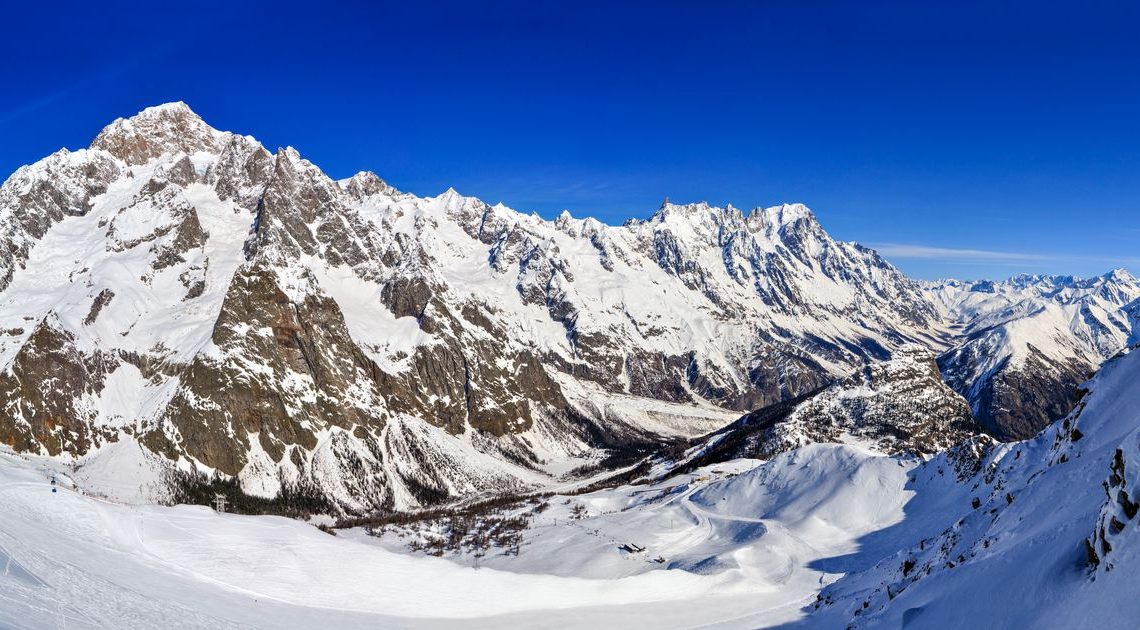 At least one young Brit is among three skiers killed after an avalanche in Italy – as a fourth remains missing.

Two of the skiiers have been described as English ‘boys’, while the other two are French, according to reports.

The bodies of the three tragic freeriders were found under an avalanche in the Canale degli Spagnoli, Val Veny, this morning.

Rescuers tracked them in a helicopter after they went missing yesterday in Courmayeur, Valle d’Aosta.

The alarm was raised by friends of the Brit skiers at around midday on Sunday, torino.repubblica.it reports.

Reports said it was supposed to be the final day of the trip for the two Brit tourists.

The two pairs were crossing by chance in an area where rescuers could later not go by foot because the avalanche was so high.

They had gone ‘off-piste,’ reports said.

Rescuers continue to try to find the fourth skier today.

But the search was reportedly made difficult yesterday due to the risk of further avalanches.