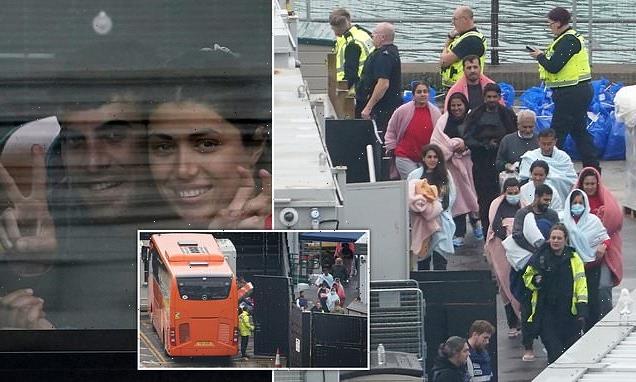 Asylum seekers could be deported to Rwanda three weeks after arriving

Asylum seekers facing removal to Rwanda could have their claims processed in as little as three weeks from arrival, the High Court heard today – as more migrants were pictured arriving in Dover.

The charity Asylum Aid has brought a legal challenge against the Home Office, with judges told that the procedure is ‘seriously unfair’.

In April, then-home secretary Priti Patel signed what she described as a ‘world-first agreement’ to deport some asylum seekers to the east African nation in a bid to deter migrants from crossing the Channel.

However, the first deportation flight – due to take off on June 14 – was grounded amid a series of legal challenges against individual removals and the policy as a whole. 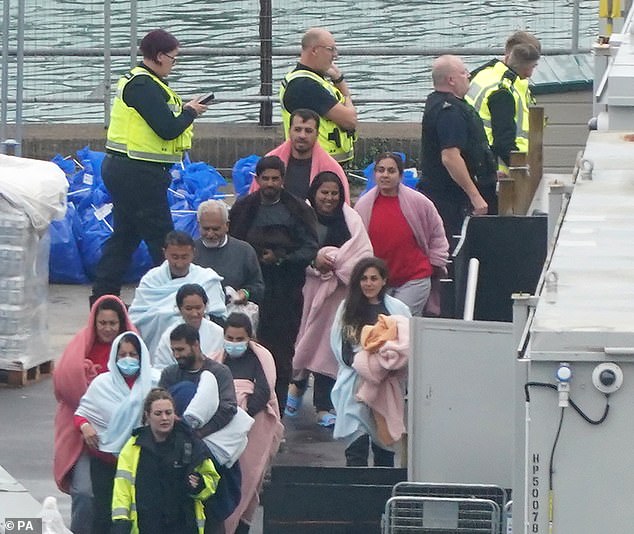 Migrants are paying people smugglers up to £2,800 per person to reach the UK amid a shortage of boats, according to new reports today.

Even so, the issues do not seem to be holding back the tide of crossings, with another 800 migrants making the perilous journey across the English Channel yesterday.

The latest arrivals bring the total so far this year to 36,463 people in 899 boats – an average of 41 people per vessel.

It also means more than 75,000 migrants have arrived in Britain after crossing the Channel since current records began four years ago.

Charlotte Kilroy KC, for Asylum Aid, told the High Court in London today that the process is ‘highly abbreviated’ and lacks safeguards.

Ms Kilroy said in written submissions: ‘It is intended, absent delays introduced by legal challenges, to be capable of completion ‘end to end’, i.e. from start to removal, within two-three weeks.

‘The procedure is seriously unfair and gives rise to a real risk that individuals may be removed from the jurisdiction without having had effective access to legal advice and thus to the courts.’

The court heard that after a notice of intent is issued, asylum seekers are given seven days’ notice of their planned removal to Rwanda, which is increased to 14 days if the person is not in detention.

The Home Office will then make a decision, which may be accompanied by the formal removal direction that requires five working days’ notice before the proposed removal date, judges later heard.

‘There is a real problem with not giving people enough time to put their full case which has a chance of succeeding,’ said Ms Kilroy.

‘Seven, or even 14 days, is far too short a period to afford an effective opportunity to gather evidence and make representations on the wide range of complex issues raised,’ she continued in written submissions.

Extensions are possible, the barrister argued, but ‘individuals are not informed that they may seek extensions, there is no policy or guidance to case workers on granting them, and they are granted for short periods on a restrictive basis, if at all’. 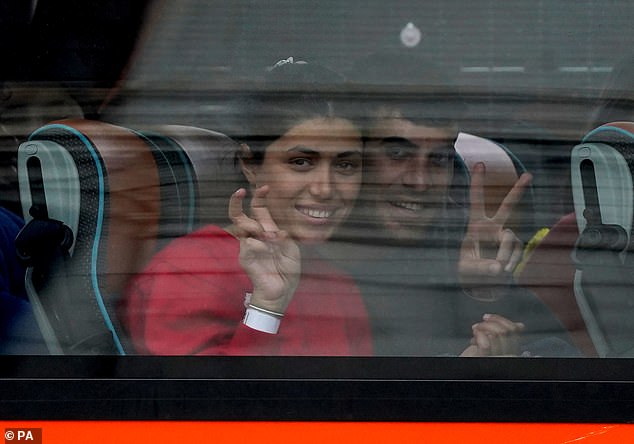 In April, then-home secretary Priti Patel signed what she described as a ‘world-first agreement’ with the East African nation (pic – scenes at Dover today) 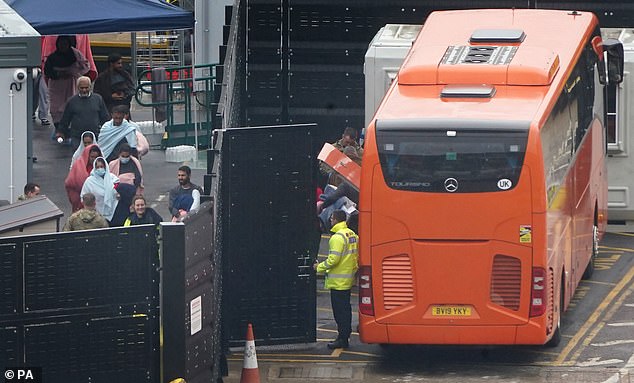 However, the first deportation flight – due to take off on June 14 – was grounded amid a series of legal challenges against individual removals and the policy as a whole

The Home Office has argued that seven days will be ‘sufficient’ in many cases and that individuals and their solicitors can request extensions.

‘It is not an ‘accelerated’ process or a ‘mirror’ of any other system,’ Edward Brown KC, for the department, said in written arguments.

He continued: ‘The process is designed to determine, without delay, the issue of admissibility and possible removal to Rwanda, whilst giving sufficient opportunity to the individual to make representations in relation to that decision.

‘Any notionally longer standard time period, none having been identified, would inevitably disrupt the balance with other critical factors, such as the fact of immigration detention and the wider public interest in asylum, immigration and border control.’

‘The time periods are flexible and adequate to the procedure in question,’ he added.

Mr Brown later said in written arguments: ‘The relevant question is whether the period, including any extension, is sufficient for the purpose in question. The evidence demonstrates that it is.’ 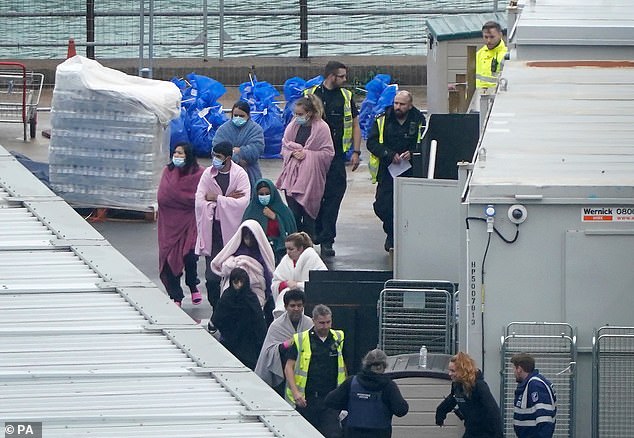 ‘In many cases, seven days will be sufficient, particularly if an applicant chooses to make no representations … In more complex cases, a longer period may be necessary,’ the barrister added.

Last month, several asylum seekers – along with the Public and Commercial Services union (PCS) and groups Care4Calais and Detention Action – told judges at the High Court that Rwanda is an ‘authoritarian state’ which ‘tortures and murders those it considers to be its opponents’.

However, Home Office lawyers argued that the Rwandan authorities have given ‘detailed assurances’ over the processing of asylum claims and the ongoing treatment of individuals.

The hearing before Lord Justice Lewis and Mr Justice Swift is due to finish on Friday, with judgment in both cases expected at a later date.