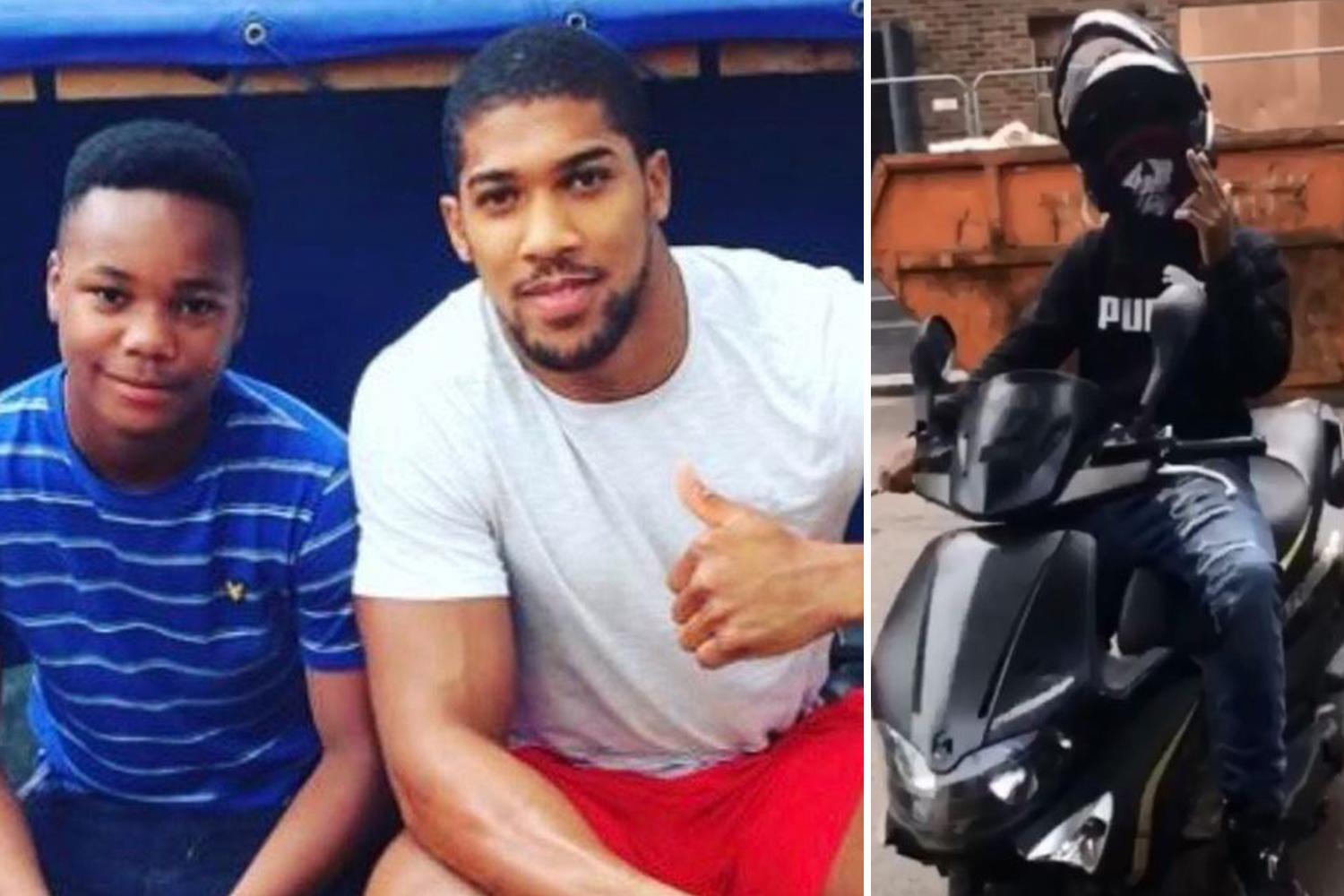 Aspiring boxer, 14, knifed to death in Waltham forest pictured with Anthony Joshua as photos emerge of him making 'gun signs' on moped

Jayden Moodie is feared to have been hunted down and executed on the capital's streets amid a postcode gang war – with pictures since emerging of the teen making "gun signs" on a moped. 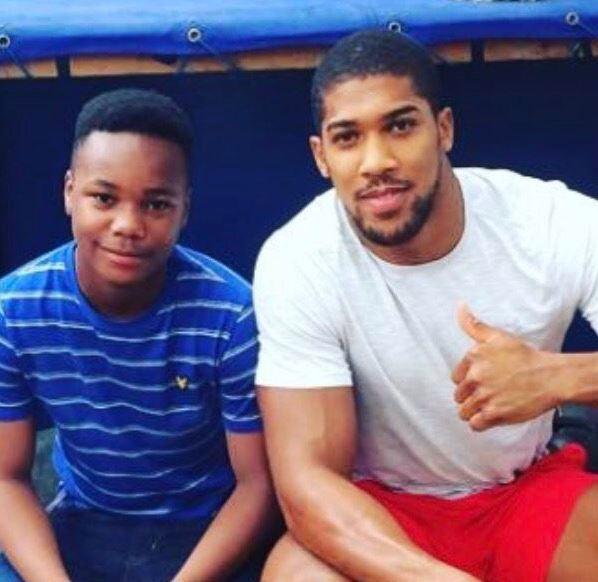 The teen was tragically killed on Tuesday when his moped was rammed off the road in Waltham Forest, North East London.

And his devastated godmother has spoken out since the tragedy, saying violence in the capital it "out of hand".

Pals said Jayden lived nearby on the Beaumont estate in Leyton, East London — home to the notorious Beaumont Crew gang.

They have been battling the OC Crew, from the Oliver Close estate, since 2002, with at least nine murders attributed to the feud. 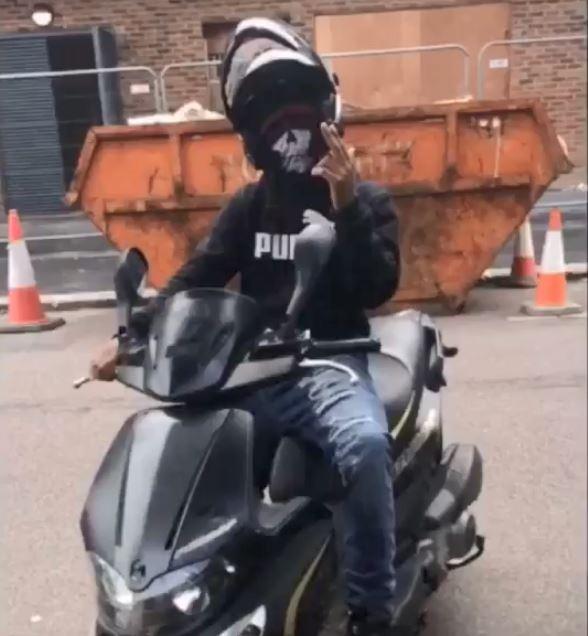 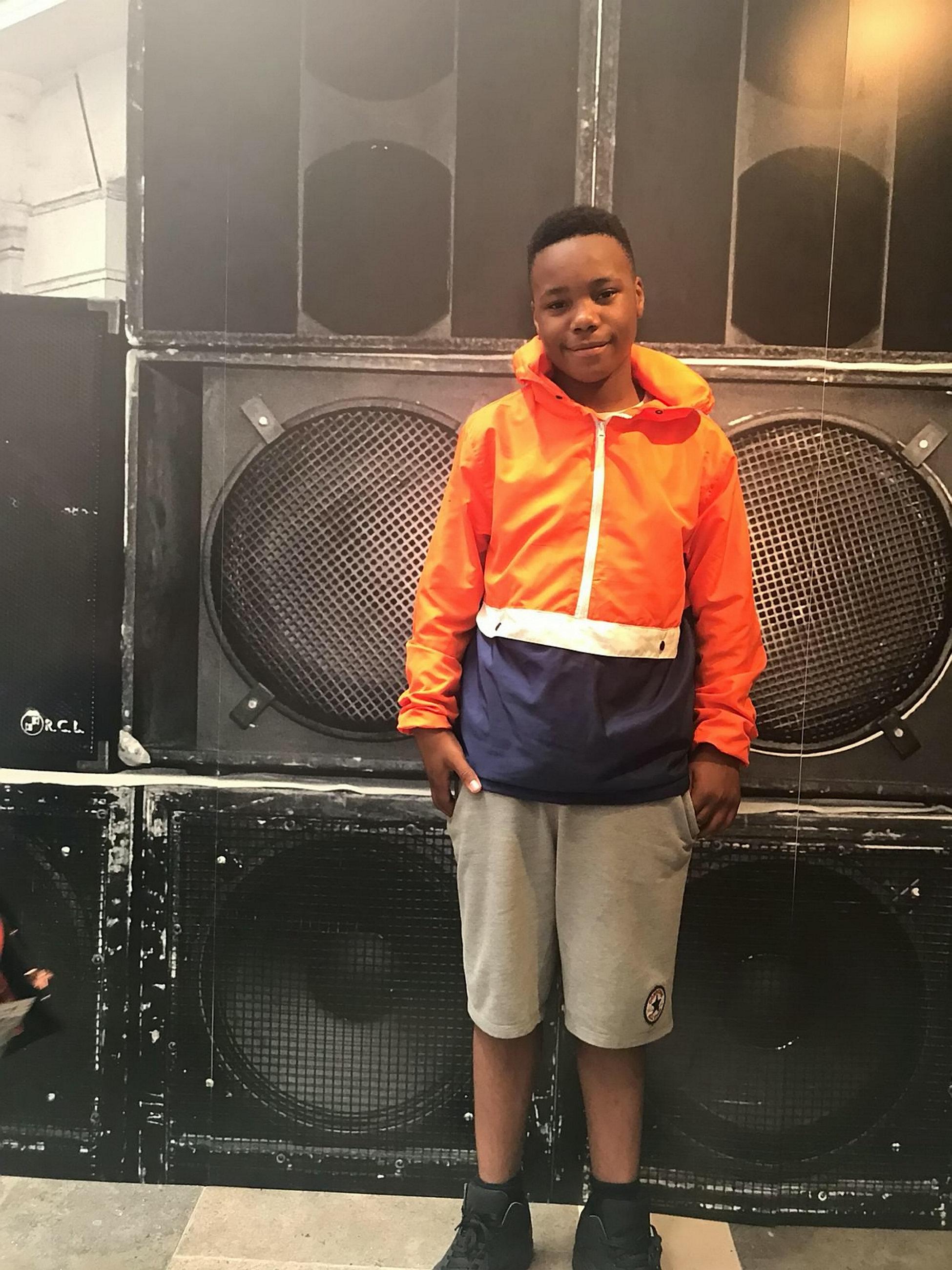 Set to Sam Smith's See You Again, the video shows him in a school uniform, as well as hooded puffer jacket with a chunky silver chain.

Police recovered the car they believe was used in the attack last night but are still searching for the suspects in London's fifth killing so far in 2019. 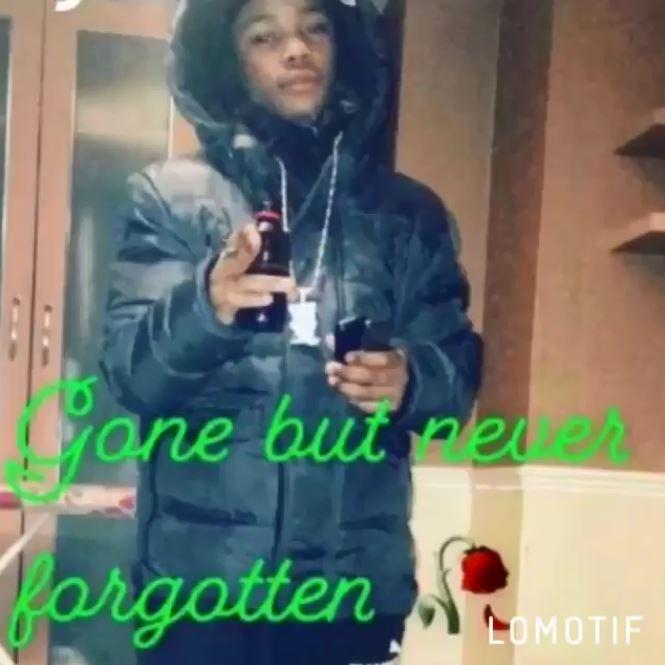 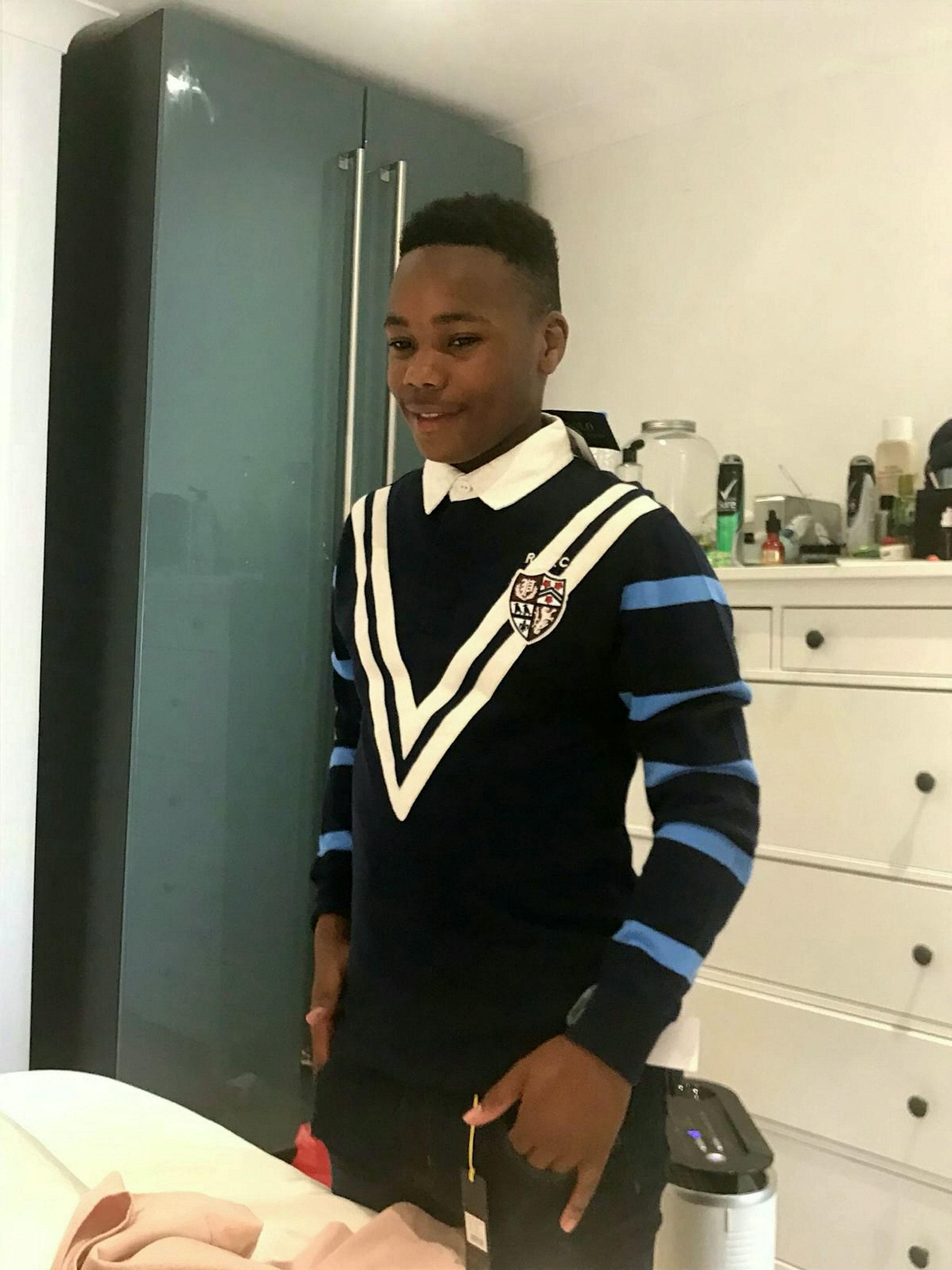 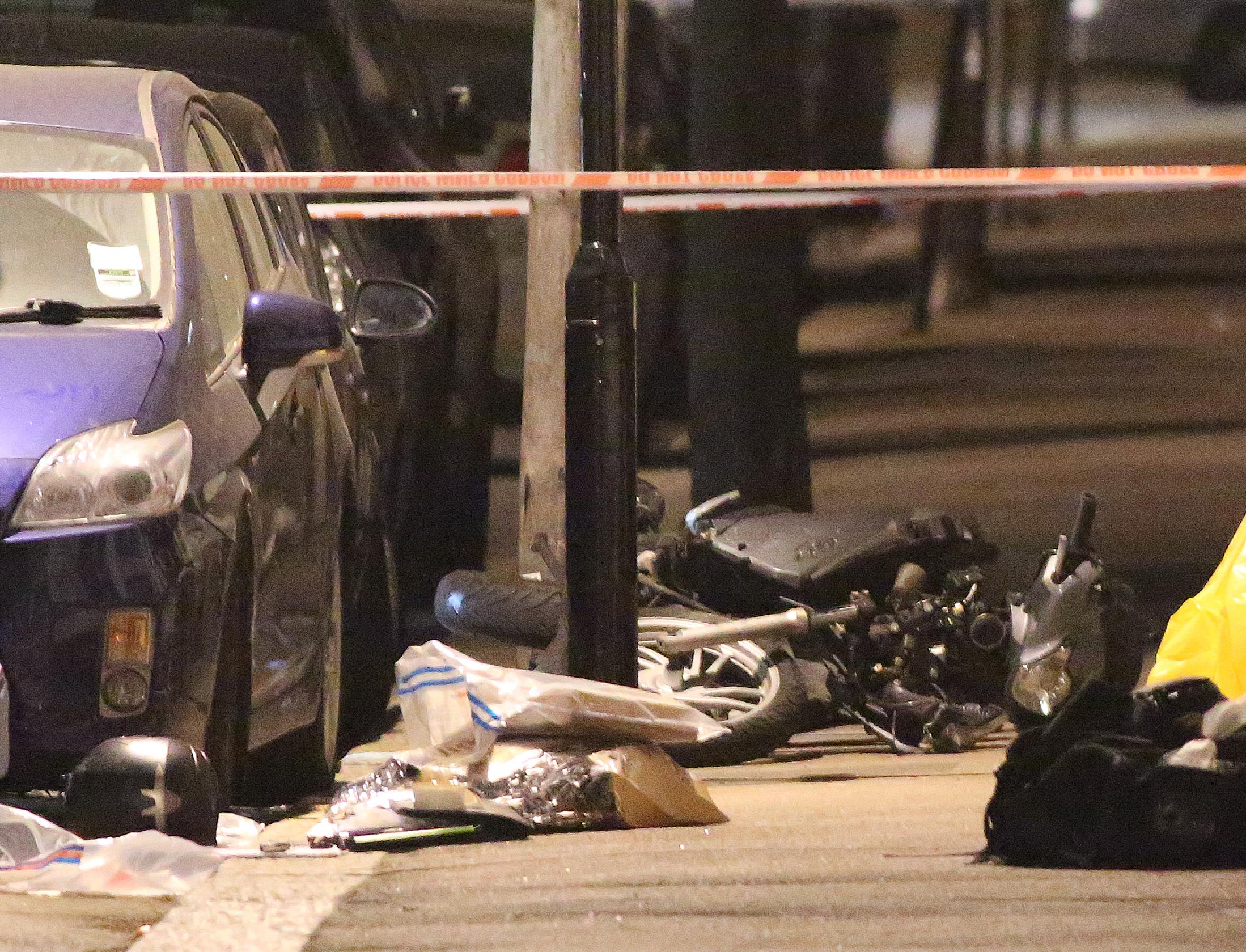 She said: "The violence is out of hand, it's not right.

"There needs to be more policing on the streets and more things for the youngsters to be doing."

Ms Grant also paid tribute to Jayden as being "full of life, fun loving and a ray of sunshine".

She added: "He was a beautiful boy, so intelligent and had everything to live for.

"He went to London and then this happens, it's just so unfair. He was very dearly loved by everybody."

The black Mercedes B Class was recovered in the Carlisle Road area of Leyton and has been removed for further forensic examination. 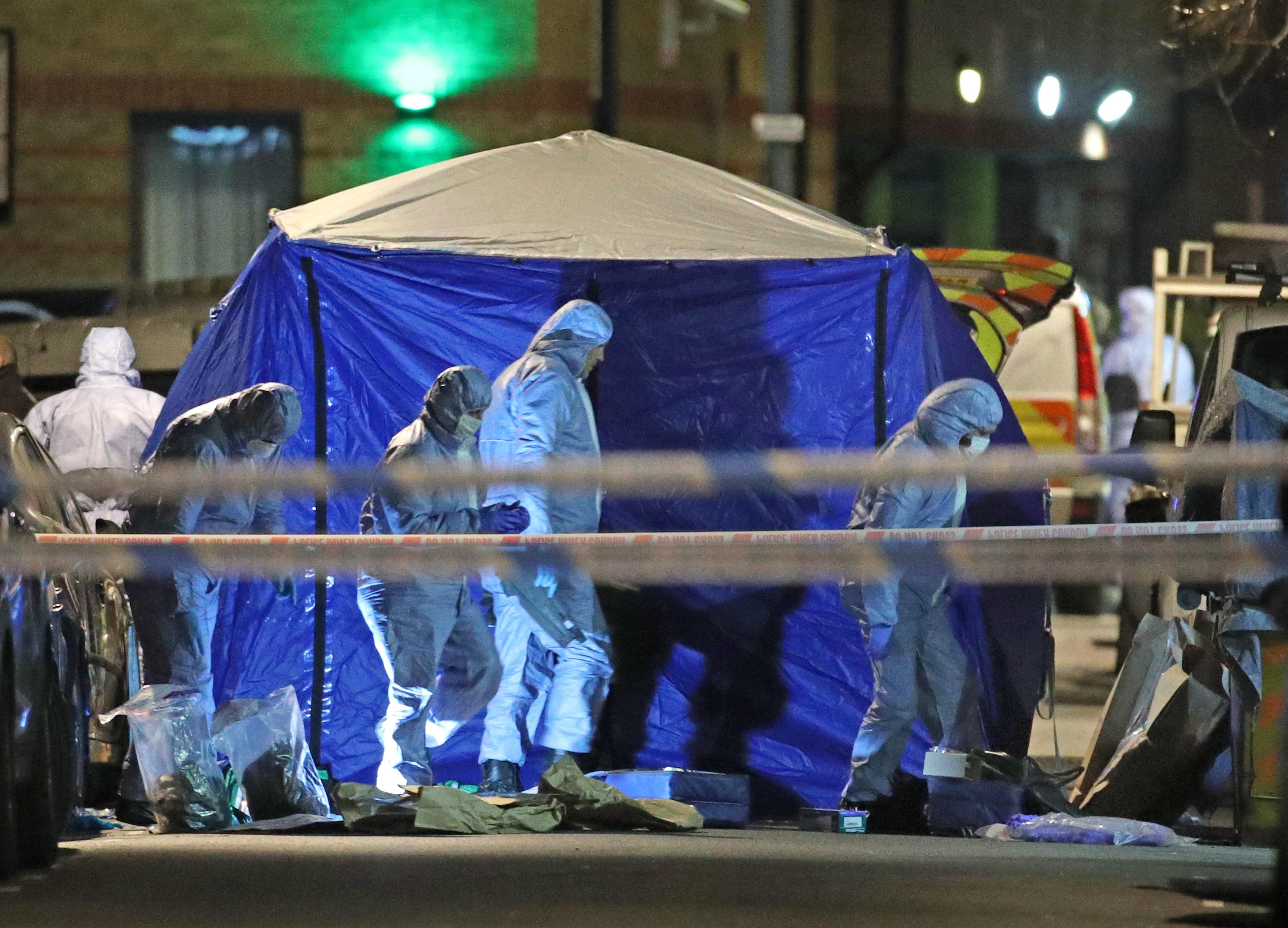 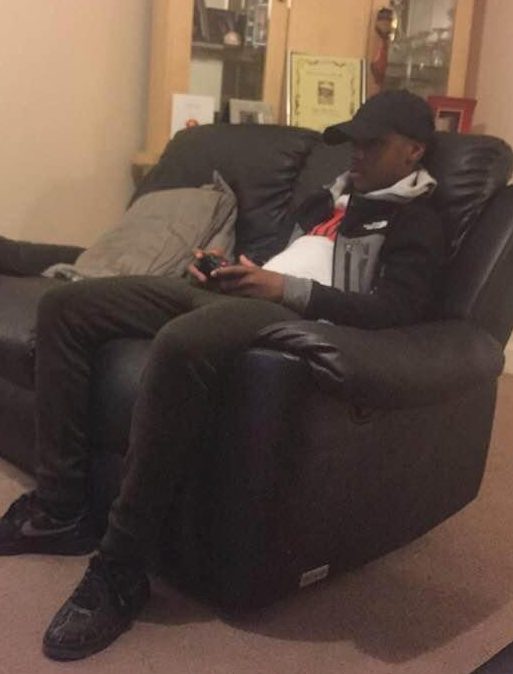 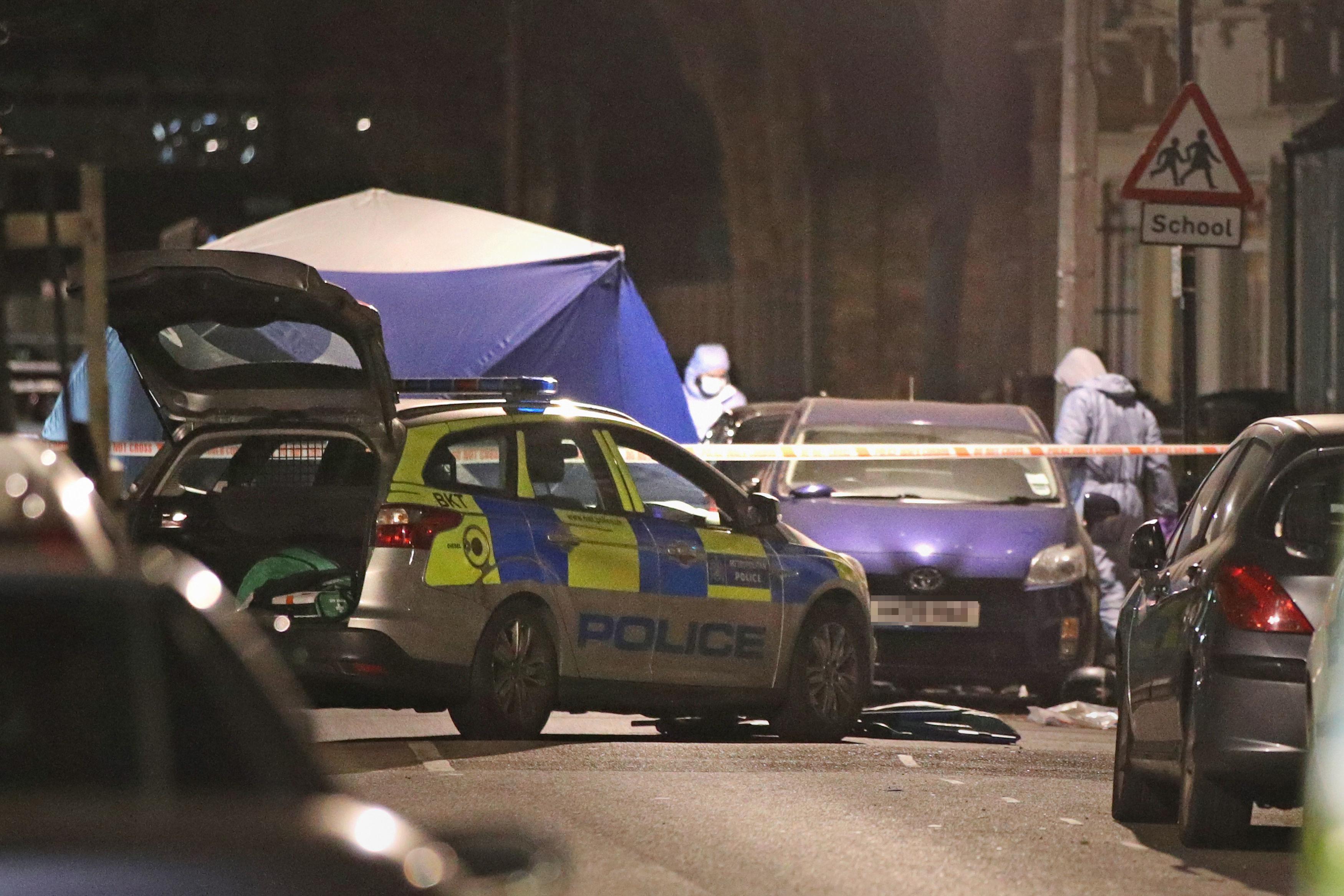 Det Chief Insp Chris Soole, who is leading the investigation, called it a 'significant' development.

Photographs of young Jayden have shown him smiling at the camera – even posing with world heavyweight boxing champion Anthony Joshua.

The boxing legend himself has previously spoken out about knife crime, saying: "There is a massive issue with knife crime right now in London.

"It has been going on for years, even when I was a younger, when I was 16 it was going on."

It comes after witnesses recounted how the teen – the youngest murder victim in the capital for two years – was riding a moped when a car travelling the opposite direction crashed into him.

Three men then got out of the car and stabbed the teen before making off in the extensively damaged Mercedes, which cops believe to have recovered this evening.

A worker at a nearby gym told The Sun Online that cops were there “in seconds” after the 6.30pm attack but paramedics were unable to save the boy’s life.

He died just 40 minutes later – making him the youngest victim in London since 14-year-old Corey Junior Davis was fatally shot in Forest Gate, East London, in 2017.

The employee said: “The kid was riding down the street on a moped and this car came the other way. It smashed into him and he went flying.

“His head hit the floor. He was wearing a helmet but it ended up 10ft away.

“He was out cold, not moving. Three guys got out the car and just started stabbing him in the back. It was horrific.” 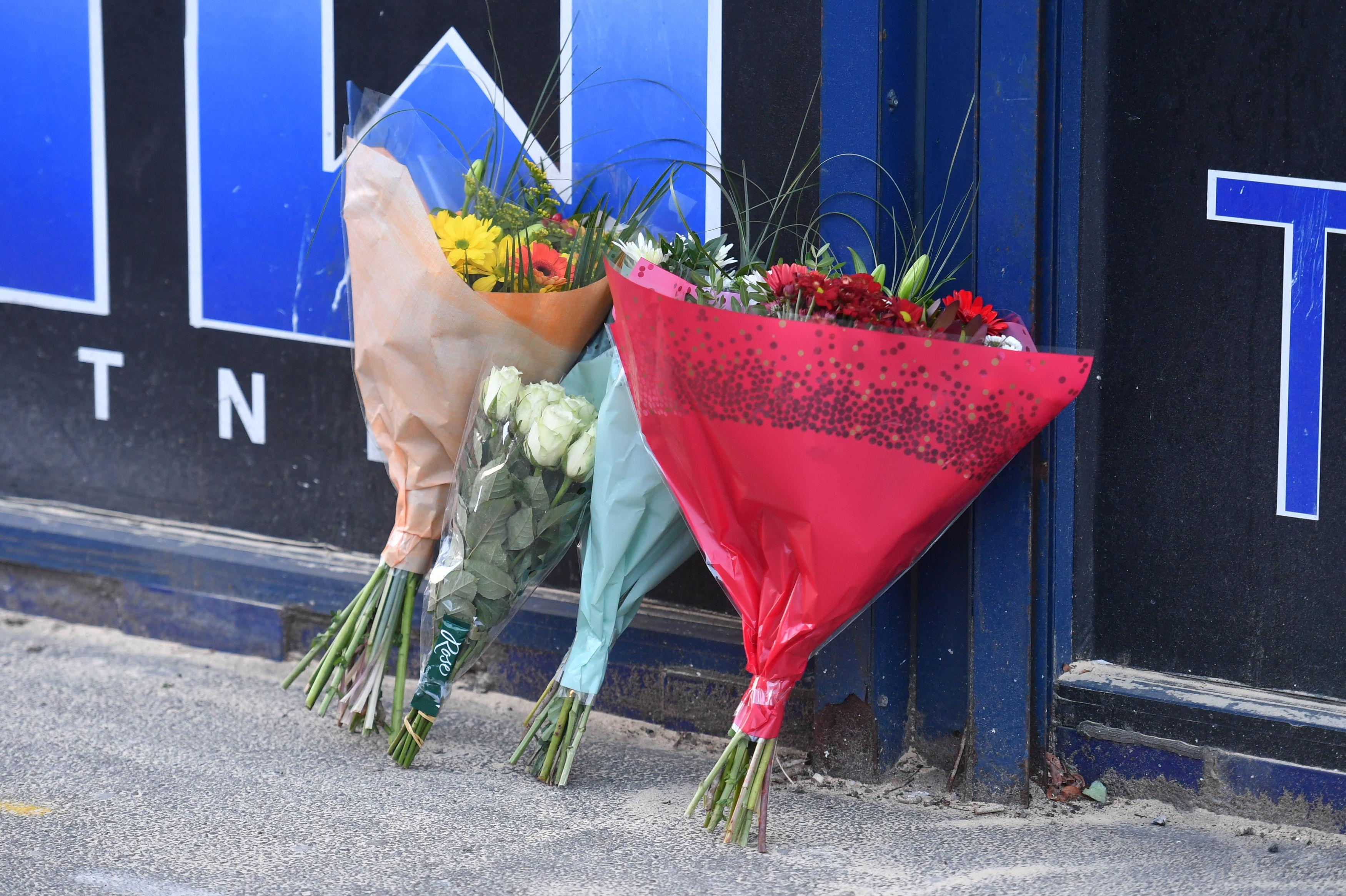 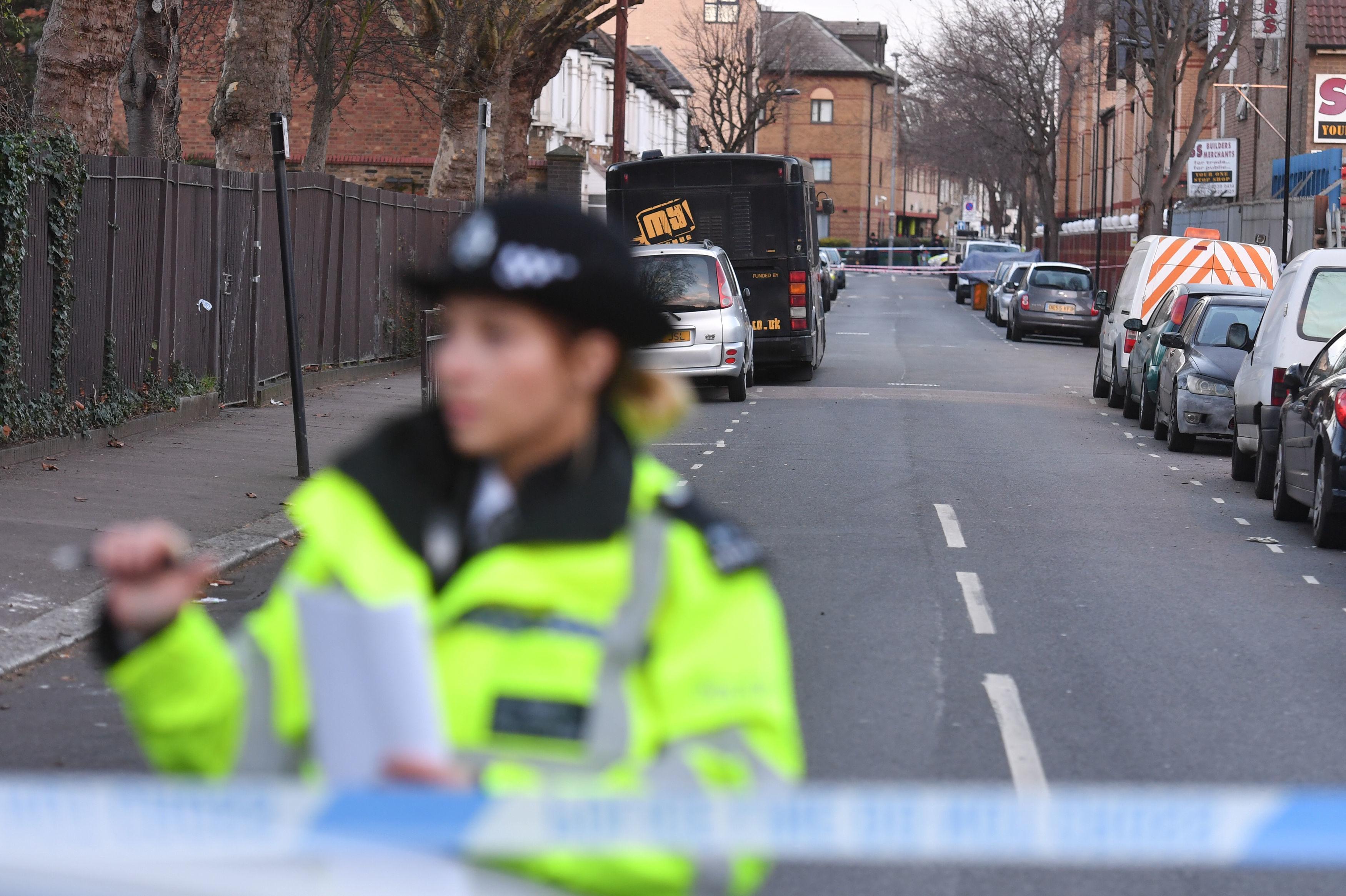 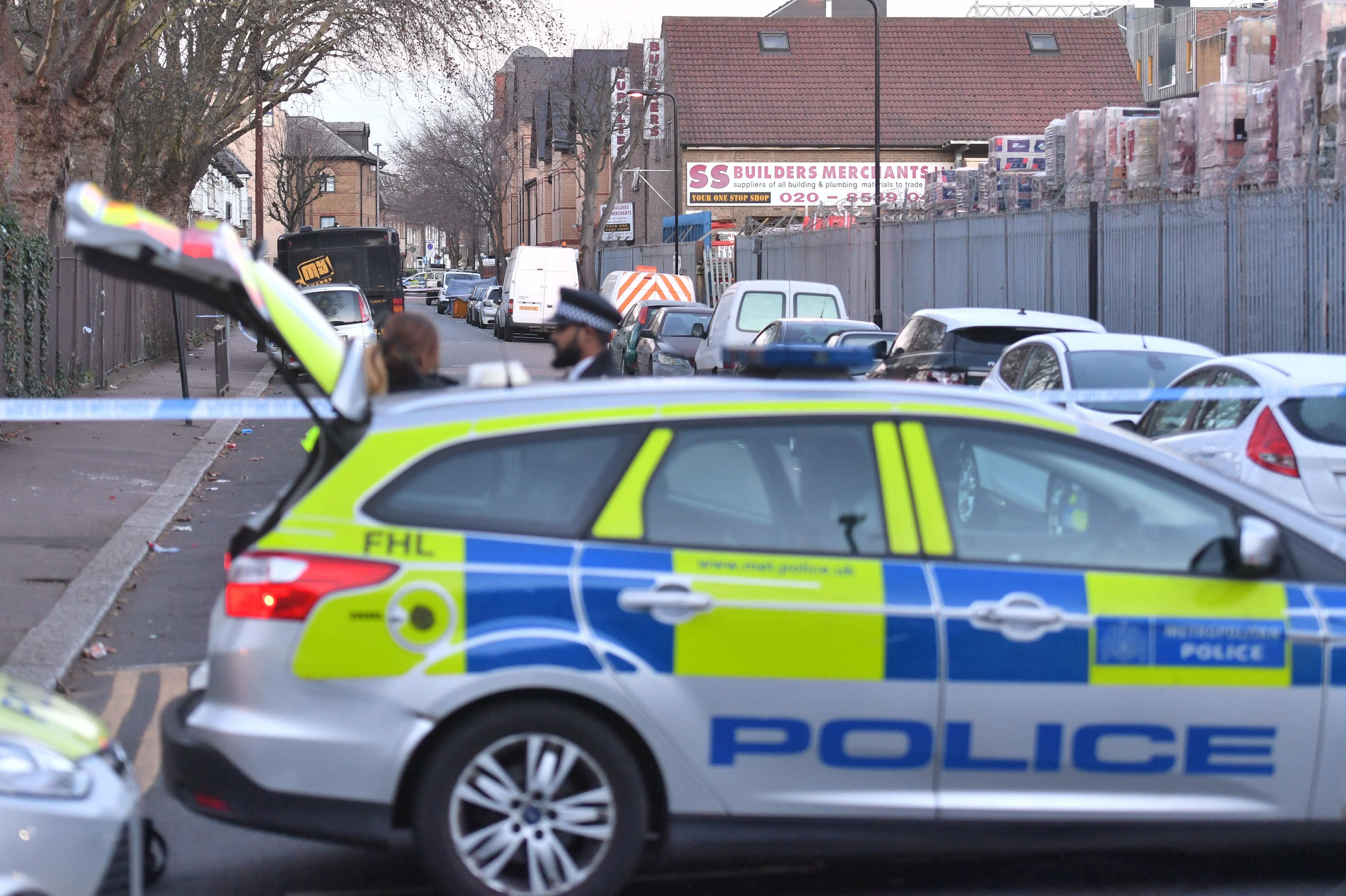 Another man said a witness to the horrific attack told him how the teen was knocked off the moped by the car travelling in the opposite direction.

He said: "They said they knocked him off the moped and got out of the car and they stabbed him seven times – there were unsurvivable wounds in his back.

"He thought it was an accident, that somebody had knocked someone, but then he said they quickly came [out of the car].

"They beat him up, and they stabbed him, and they left."

Police today named the victim as Jayden, saying he lived in the area with his mother.

Detective chief superintendent Richard Tucker said he could not sleep overnight for thinking about what had happened to such a young boy.

He said of the boy's age: "I think that will strike a chord with so many people and so many parents across the UK."

Residents have speculated the attack could be linked to recent troubles between two local gangs – rivals Beaumont Crew and Oliver Close.

One local said: "They fight regularly. There's loads of knives being carried around. It ain't safe to be walking around here at night either."

The murder comes after Waltham Forest was named "the first ever London Borough of Culture" for 2019 by Mayor Sadiq Khan.

And locals were left horrified when a second attack unfolded today just around the corner, with a lad found with slash wounds after police received reports a man had been chased by youths. 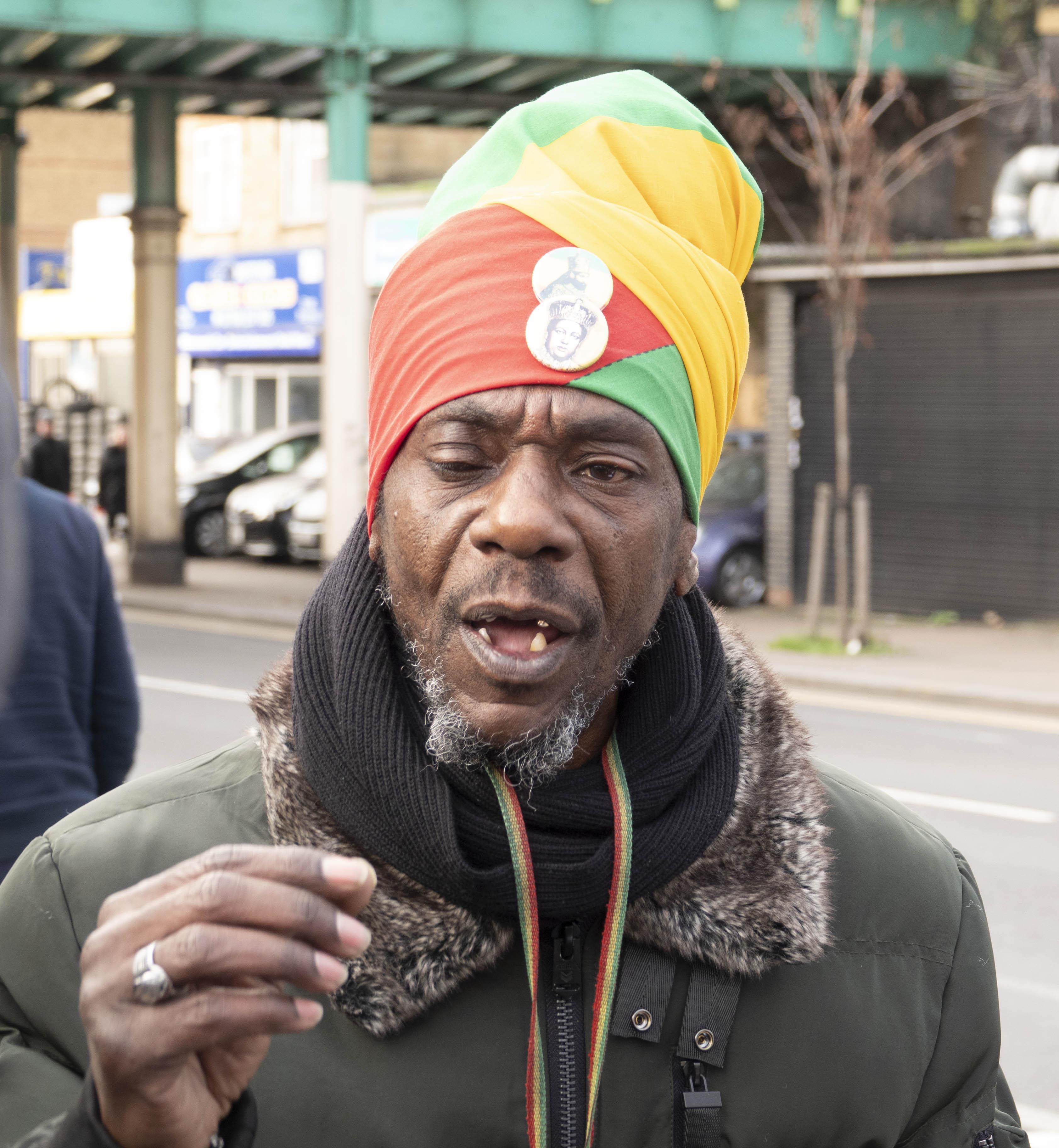 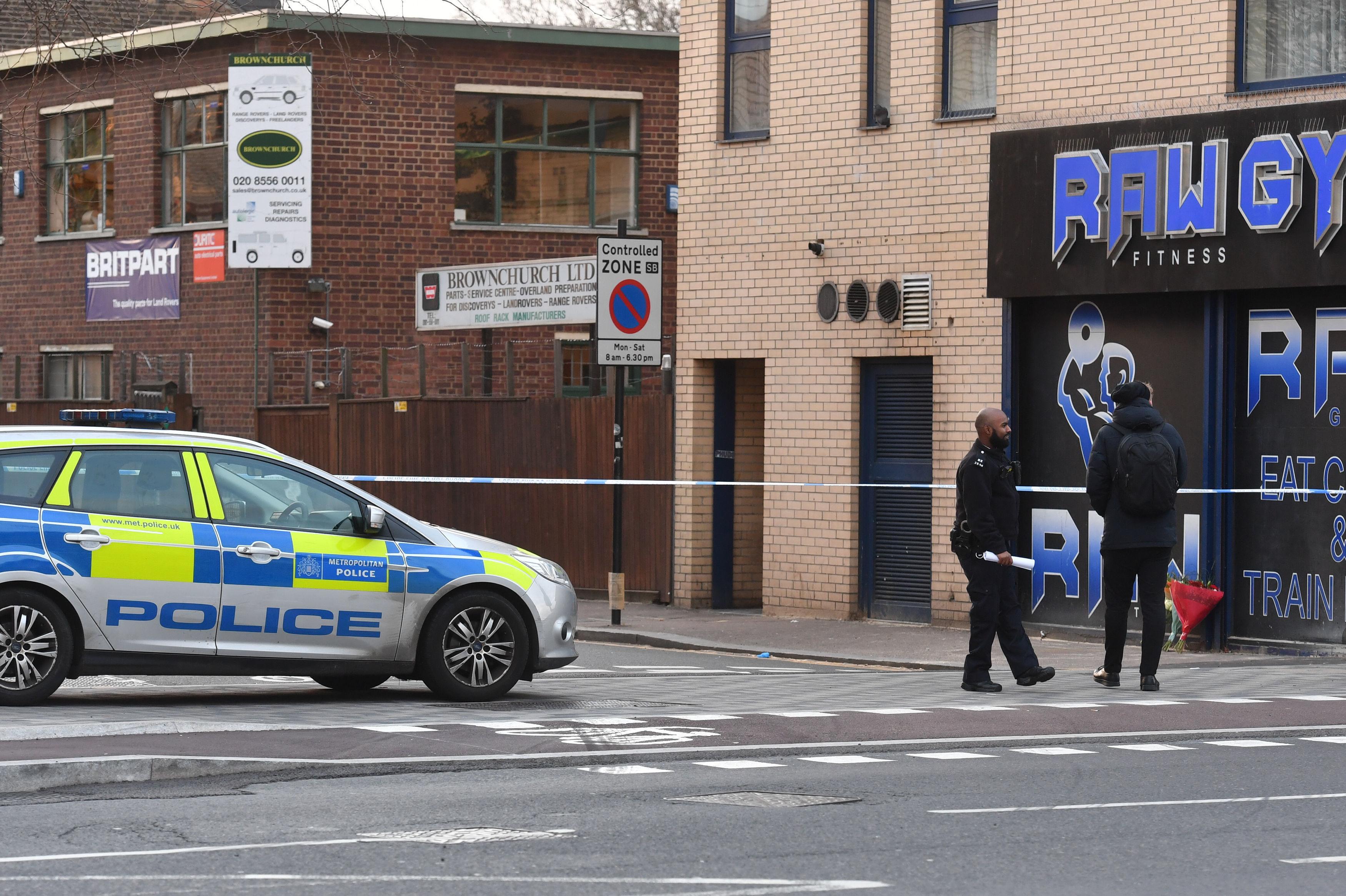 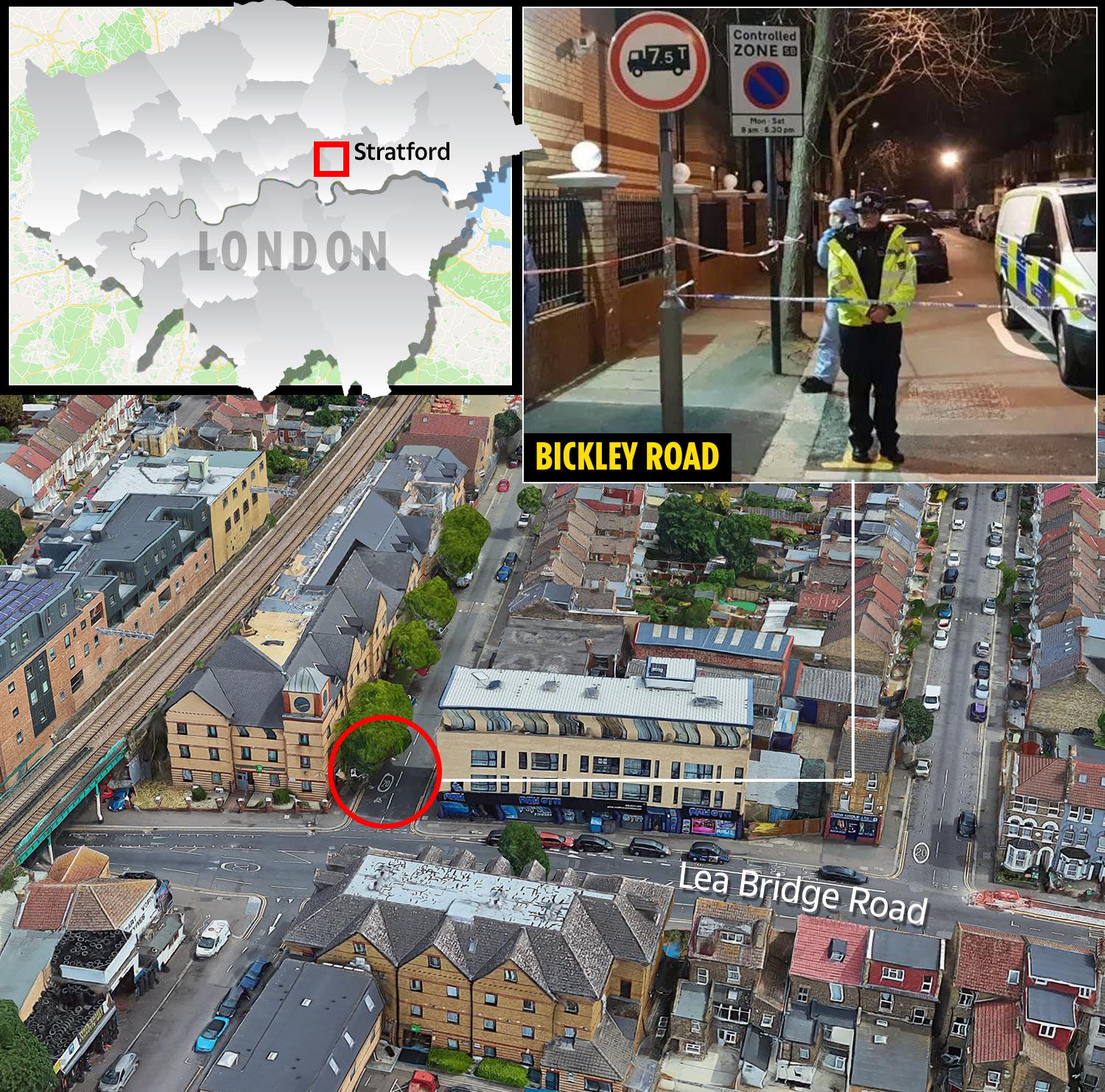 Jayden's uncle Josh Grant today paid tribute to the teen, revealing he had moved down from Arnold, Nottingham to London about six months ago with his mum.

He told The Sun Online: "He was a good kid."

And he revealed he had warned Jayden before he moved to the capital, saying: "I told him before they moved to London from Arnold 6 months ago he had to behave down there he didn’t listen.

"He looked up to me so much I tried to show the right way I feel so s*** and upset right now."

A family friend, who gave his name as Solomon, said the teenager, a talented boxer, was a "wonderful" and "loving" child, while mechanic Anthony Anderson described him as "a very nice guy" whom he had tried to persuade to go to school and stay off the street.

Another friend today told The Sun Online Jayden was a "humble and calm" lad who "wasn't involved in gangs".

Knife crime spiralled out of control on London's streets, with cops left desperately trying to investigate the tragedies.

Last year's attacks meant, for a time, that the capital's homicide rate momentarily overtook that of New York.

And the teen killed on Tuesday night is the youngest apparent murder victim in London since 14-year-old Corey Junior Davis was fatally shot in Forest Gate, East London, in 2017.

This year, officers have already been faced with four murder investigations:

January 1: Charlotte Huggins, 33, was found dead in the early hours of New Year's Day. The mother was remembered by friends as a "beautiful person inside and out". A 34-year-old man has been charged with her murder.

January 1: Tudor Simionov, 33, was killed in a ferious brawl outside a Mayfair New Year's party. No arrests have been made

January 5: Sarah Ashraf, 35, was found at her Isle of Dogs home after concerns for welfare were raised with police. A 32-year-old man was charged with her murder.

In Surrey, Lee Pomeroy was killed a day before his 52nd birthday as he made his way to London for a day trip on the train on January 4. Darren Pencille has been charged with murder.

"He was a humble and calm little lad who didn’t cause any trouble.

"I last saw him on Monday; he was a friendly, bubbly and happy guy.

"He would usually just ride around the area on his push bike.

"This must’ve been a completely random attack because he wasn’t involved in gangs.

"He was close to his parents and wanted to get a good job and make them proud. It’s just so sad.”

The teen was also involved with Worth Limited, a national Christian charity that works with young people in the area.

Two youth workers who were near the scene at the time even rushed to help the schoolboy on Tuesday night.

A spokesperson said: "Our colleagues are understandably shaken up by being so close to the murder.

"We are doing everything we can to support them.

"Our condolences, thoughts and prayers are with the family and friends, as well as other young people in the neighbourhood who will be affected by this terrible event. A single life lost to violence is one too many." 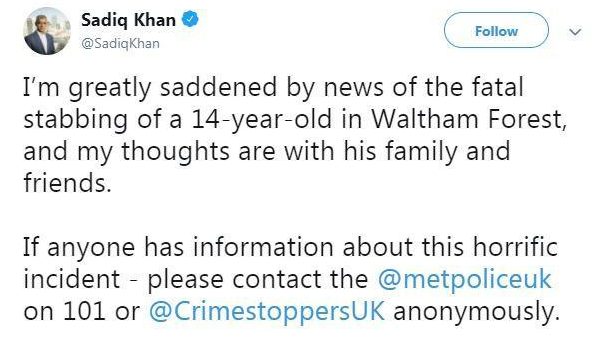 The bloodshed followed a gruesome 2018 in which 132 violent deaths were recorded in London, the highest number since 2009.

The horror incident is the latest in the Lawless London bloodshed after a teen was left fighting for life after being stabbed outside Blackhorse Road Station in Walthamstow on January 6.

On January 1, a woman was stabbed to death just five hours into 2019 in Camberwell – the first murder victim of 2019. 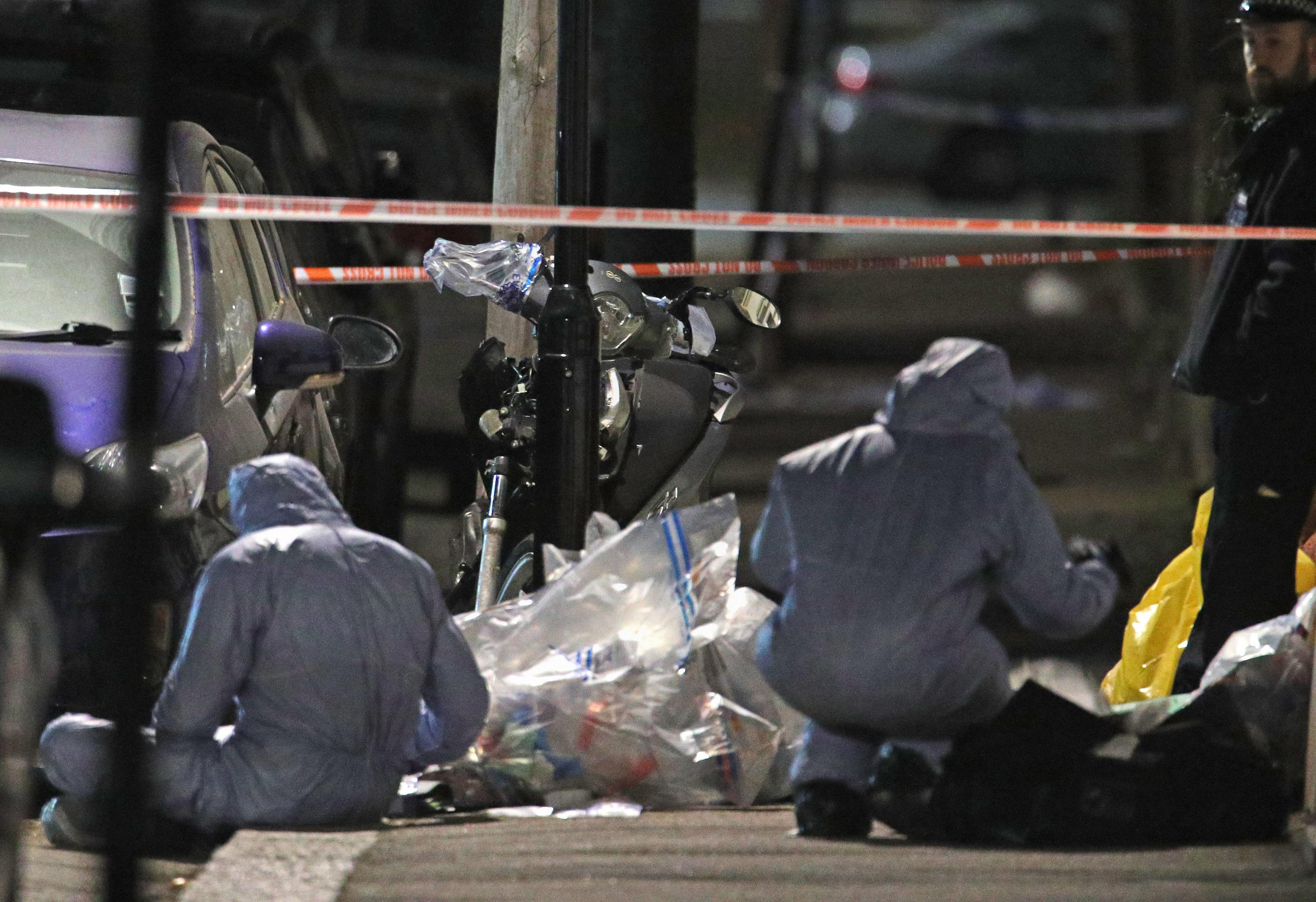 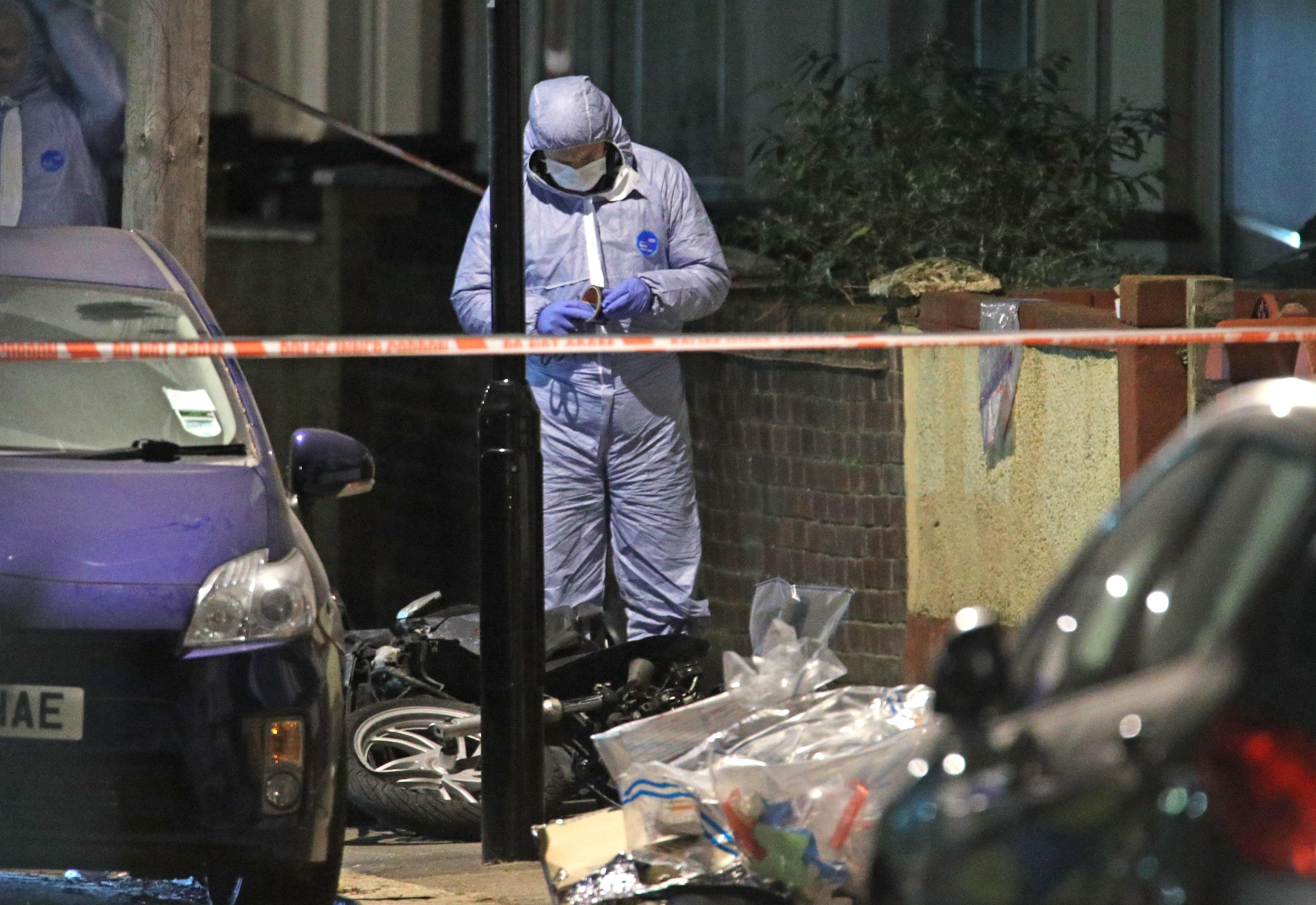 Chief Superintendent Richard Tucker said: "Everyone is shocked and appalled by this murder. The age of the victim, a boy aged 14, beggars belief and I completely understand the alarm and concern it has raised from those who live and work in the area.

"A crime scene remains in place today as officers continue their painstaking work to piece together the details of the attack. A section 60 was put in place following this incident and is being continually reviewed.

"I would urge the local community to be patient and cooperate where possible with the work detectives are getting on with in the area.

"My officers will be out working to support investigators today and be there to talk to the public and listen to the concerns they have. Neighbourhood patrols will be stepped up in the area and locals can expect to see more police.

"I would urge anyone with information on the attack to contact police without delay."

DCI Larry Smith from the Homicide and Major Crime Command added: "Everything that we have learned about this attack so far indicates it was targeted and intent on lethal force from the outset.

"We are doing everything we can to catch those who carried out this cowardly attack and bring them to justice."

Mayor of London Sadiq Khan said he was “greatly saddened” by news of the fatal stabbing.

He added: “My thoughts are with his family and friends.”

Leader of Waltham Forest Council, Clare Coghill, said: “The death of a child is a loss that no parent or family should ever have to face. Our thoughts are with all of the victim’s family and friends at this difficult time."

Stella Creasy, the MP for Walthamstow, added that she was "devastated" by the "terrible, horrific" event.

Anyone with information is asked to contact officers via 101 quoting CAD 5720/08JAN. Alternatively, call Crimestoppers anonymously on 0800 555 111.