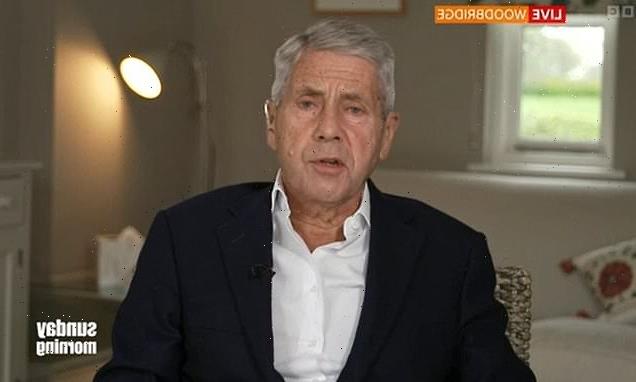 Families face  food prices that rise even higher than they are now and stay high for some time, the boss of Asda warned today.

Tory peer Lord Rose said that rocketing raw material costs were going to hit a new permanent high level, which would have a knock-on effect in the aisles.

Sunflower oil, wheat and oil prices have been affected by the war in Ukraine, while gas prices were already going skywards before the conflict began in February.

This week it was revealed the price of groceries in Britain is now increasing at its fastest rate in 11 years, adding an extra £271 to the amount average households will pay at the till this year.

Data from market researcher Kantar showed that overall grocery price inflation hit 5.9 per cent this month in what is the fastest rise since December 2011 as the number of items on promotion at supermarkets decreased.

Prices are rising fastest in products such as dog and cat food, fresh lamb and beef, savoury snacks and crisps but they are falling in spirits – as surging prices cause the biggest squeeze on UK household incomes since the 1950s. Other products rising most rapidly include frozen potato-based products, canned colas, fresh poultry and milk.

Talking to the BBC today, Lord Rose was asked if 5.9 per cent was the ceiling of price rises. He replied: ‘They are going to go higher and they are going to stay high for quite some time, I fear.’

It came amid the appearance of a Cabinet rift over whether to target oil and gas firms for a windfall tax on profits made while prices are high and consumers suffer.

Labour is pressing for the move, and last week Chancellor Rishi Sunak said he could ‘look again’ at a new levy as a way to help bring prices down.

But Business Secretary Kwasi Kwarteng said a new tax would be a ‘disincentive’ to investment.

Mr Kwarteng did not rule out the move being considered by the Government as a measure to alleviate the cost-of-living crisis. But he told Sky’s Sophy Ridge on Sunday: ‘I’ve never been a supporter of windfall taxes – I’ve been very clear about that publicly. I think they discourage investment.’ 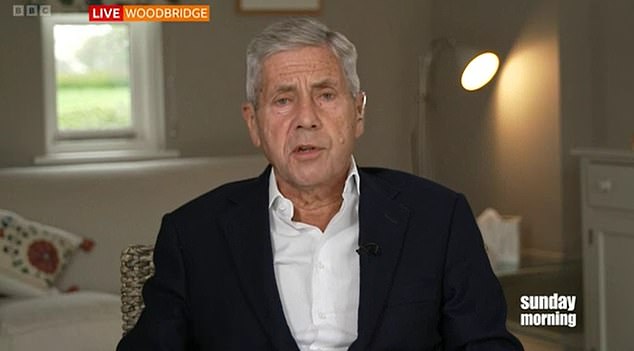 Tory peer Lord Rose said that rocketing raw material costs were going to hit a new permanent high level, which would have a knock-on effect in the aisles. 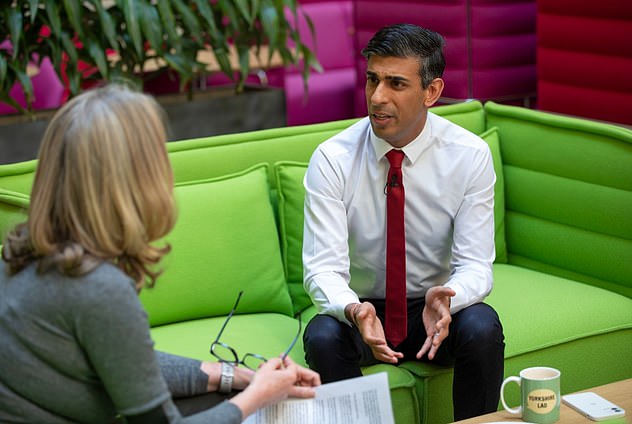 The Chancellor signalled he would ‘look again’ at the punitive levy as he faces pressure to act on the current cost-of-living crisis, which includes huge increases in the cost of heating and powering homes.

But Business Secretary Kwasi Kwarteng today voiced firm opposition, saying a new tax would be a ‘disincentive’ to investment.

And he said on the BBC’s Sunday Morning show that ‘it doesn’t make much sense to me to then hit them (energy firms) with a windfall tax which is arbitrary and unexpected’.

‘I don’t think that is the right way, but I would say that is not for me. That is for the Chancellor of the Exchequer,’ he said.

Mr Kwarteng was instead trying to pressure North Sea oil and gas firms to reinvest their profits so more drastic action is not required.

He has written to the industry demanding a ‘very clear plan’ to spend profits on accelerating domestic production and clean energy before a meeting in the coming weeks.

Mr Kwarteng told the sector that investing in home-grown energy production is essential to grow the British economy and ‘crucially bring down consumer bills in the long term’.

Labour said the Government is ‘rattled’ because oil and gas producers are making ‘soaring profits’ while bills rocket.

Meanwhile there were warnings today that cheap chicken may soon be a thing of the past – with the price of poultry set to skyrocket in the coming months.

The price of chicken is rising faster than any other protein because of feeding costs, rising energy prices and wages rise.

The UK’s largest chicken supplier 2 Sisters said price inflation of 15 per cent will be needed ‘to even begin to cover the increasing cost of production’ of the poultry.

The Office of National Statistics recorded a 19 per cent rise in the price of chicken between March 2020 and March 2022.

Chicken feed is made using soya, a by-product of sunflower oil which has seen massive price rises due to the war between Russia and Ukraine.

Russia and Ukraine produce a third of the world’s grain – which is used to produce cooking oil – and both are experiencing particularly poor harvests due to the Russian invasion which began on February 24.

Supermarkets are even imposing limits on how much cooking oil customers can buy due to supplies being hit by the war in Ukraine.

Lord Rose told the BBC Sunday Morning show: ‘We don’t know what will happen to gas prices and whatever else and clearly that will be dictated by however long this war goes on for, but I am afraid there is knock-on effect for all raw materials.

‘There is going to be a new level of costs for these raw materials and they won’t go down. It is a new high and that is something that people are going to have to accommodate.

‘What we are now going to have to think about is, is that going to have a long-term effect on inflation because then will we have a wage spiral, or won’t we?

‘The converse side of that is we could end up, if we have no growth in the business, having stagflation.

‘They are both evil and the Government has got a very difficult and tricky road to navigate.’

Your Libra Monthly Horoscope for May