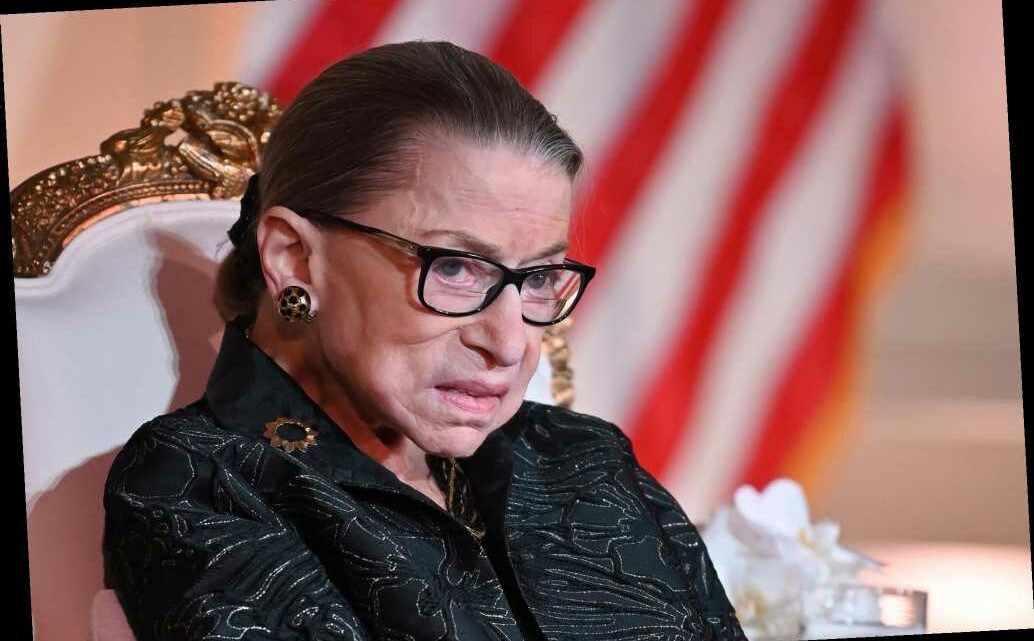 As Trump campaigns, Senate prepares for battle over Ginsburg vacancy

With the presidential election only 44 days away, the death of Justice Ruth Bader Ginsburg has shaken the race between Donald Trump and Joe Biden — along with 33 U.S. Senate battles across the country — to the core.

A new Trump-nominated justice would cement a commanding conservative majority for the first time since the 1960s, a long-sought goal of the right that would have far-reaching effects on questions of abortion, religious freedom, gun rights, and more.

And as senators spar over whether and when they should confirm a replacement for Ginsburg, who died Friday of pancreatic cancer, campaign issues like President Trump’s response to the coronavirus pandemic — which Joe Biden has made a centerpiece of his attack — are already in the rear-view mirror.

“This will prevent Biden from focusing entirely on COVID from now until Election Day,” GOP strategist Luke Thompson told The Post.

But Trump’s nomination of the third Supreme Court justice of his term, and the coming clash in the Senate to get his nominee confirmed, is stirring up activists on both sides.

“I think Democrats are feeling galvanized,” a Democratic Senate insider said. More than $31 million poured into the coffers of ActBlue, the party’s online fundraising site, in the hours after Ginsburg’s death was announced.

“This is a winning issue for Republicans,” Carrie Severino of the Judicial Crisis Network argued. “The Supreme Court is the reason we have Donald Trump as president.”

In 2016, Trump made SCOTUS a primary part of his pitch to conservatives. He released an unprecedented list of potential judicial nominees to woo them — then stuck to it when he named an originalist jurist from the group, Neil Gorsuch, to the nation’s highest court in 2017.

“More than one-fifth of voters said the Supreme Court was their top issue in 2016, and that group broke decidedly for Donald Trump,” Severino said. “This is really significant for his voters.”

But the vicious Senate fight over the confirmation of Associate Justice Brett Kavanaugh in 2018, which gave right-leaning jurists a slender 5-4 majority, made the fate of the Court an equally hot-button issue for Democrats.

“If Trump tries to push someone through, we’ll pack the court,” the Senate insider said — that is, add new Supreme Court slots and fill them with liberal justices. “Republicans are playing with fire and they’re going to get burned.”

“This vacancy should not be filled until we have a new president,” Minority Leader Chuck Schumer tweeted Friday night, echoing McConnell’s 2016 statement.

But 67 percent of Americans — regardless of party affiliation — believe the Senate should move forward with confirmation hearings for a new justice this year, according to a Marquette University Law School poll released Saturday.

Trump signaled on Saturday his intention to name a replacement “without delay!”

“We were put in this position of power and importance to make decisions for the people who so proudly elected us,” the president tweeted.

McConnell — whose Senate majority has confirmed a record number of judges to the federal bench — has long insisted he would not let the Garland precedent stop him from sending a nominee to the high court.

“President Trump’s nominee will receive a vote on the floor of the United States Senate,” McConnell promised Friday.

And Senate Judiciary chairman Lindsey Graham — who said in 2018 that he would “wait to the next election” if a Supreme Court opening came up in the last year of President Trump’s term — has since changed his mind.

With the Senate controlled by the GOP, 53 seats to 47, the Dems would need to flip four Republicans in order to block a Trump nominee.

“I don’t see that,” Thompson said.

A brawl over a new Trump nominee could have profound effects on senatorial elections in 33 states this November, when the GOP will be defending 21 seats.

The controversy could help endangered Sens. Thom Tillis of North Carolina and Martha McSally of Arizona, who have lost favor with the GOP base for their sometimes lukewarm support of Trump. Both rushed to back the president’s plan to name a nominee.

But at-risk Republicans in blue and purple states, like Maine’s Susan Collins and Colorado’s Cory Gardner, are walking a political tightrope.

Collins on Saturday said that she “does not believe that the Senate should vote on the nominee prior to the election” — but did not say whether she would vote to reject a candidate who was brought to the floor for a vote.

With a slim majority, McConnell can only afford three GOP defections in the series of required floor votes necessary to get Trump’s nominee confirmed.

“You don’t want to go into a potential fight over election rules with only eight justices who could deadlock in a 4-4 tie,” said GOP analyst Ford O’Connell. “You want nine. If that doesn’t happen, the Republicans will have only themselves to blame.”

Meanwhile, potentially explosive Judiciary Committee hearings will steal attention away from the campaign trail — and will force the Democrats’ vice presidential nominee, California Sen. Kamala Harris, a Judiciary Committee member, back into the chamber.

The hearings could cause headaches for the Democrats, Thompson said.

“There will be very, very animated activists who might behave badly for attention,” as they did during the Kavanaugh hearings, he said. “We could hear a lot of really ugly anti-Catholic rhetoric if the nominee is Catholic. That could be a problem for Democrats, especially in the Rust Belt.”

The Singapore Grip: What does Vera Chiang star really think of character?