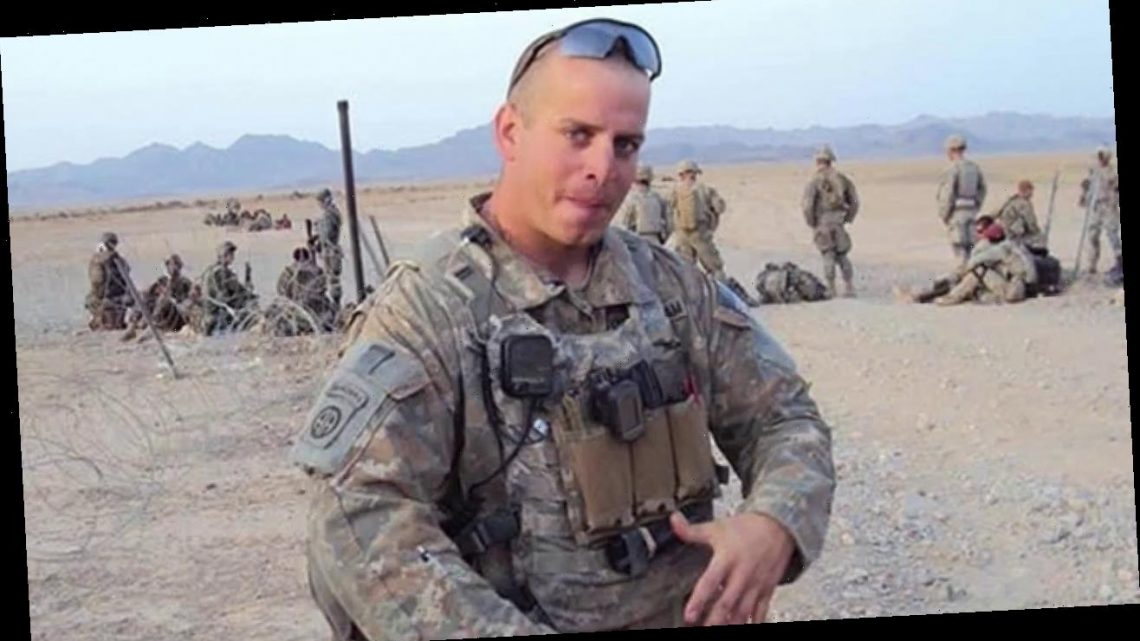 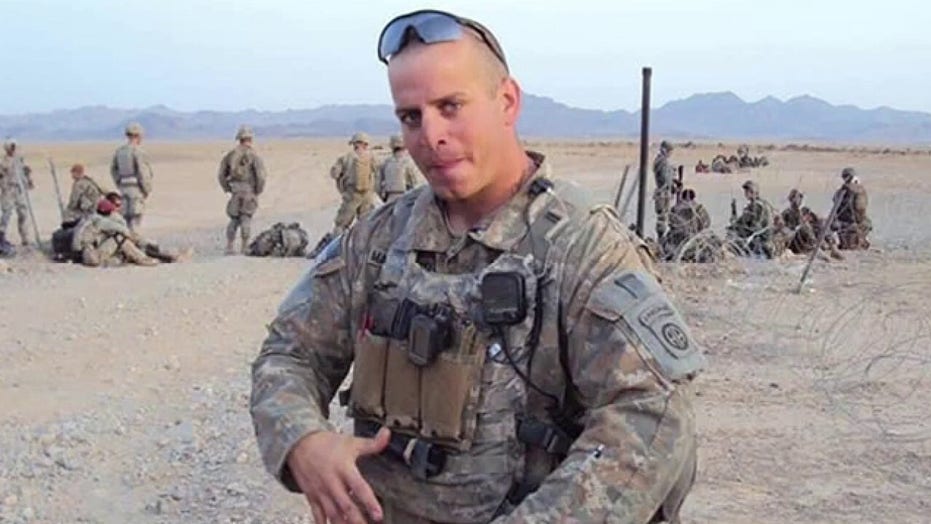 20 combat veterans take their lives each day in America; Jennifer Griffin reports on how the White House is trying to help.

The enemy could never break him, but what this decorated Green Beret eventually found was that his enemy was within. Friends who served with him in the military say he was the real “Captain America.”

Master Sgt. Andrew Christian Marckesano served six full tours in Afghanistan with the 82nd Airborne and the Ranger regiment and a half dozen more combat tours overseas. He rose to become a decorated Green Beret and a Silver Star recipient. He had just moved to Washington, D.C., to start a coveted job at the Pentagon. Two days after the Fourth of July on Monday night, after having dinner with his former battalion leader, Marckesano returned home from dinner in Old Town, Alexandria, and died by suicide in front of his wife. He had three small children and was still on active duty. 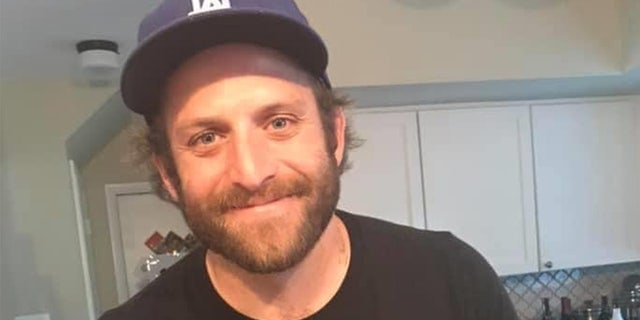 His death sent shock waves through the military. His friends, family and military leaders were at a loss. Many told Fox News that Marckesano never got over his tour in Afghanistan's Arghandab Valley in 2009 with the 2-508, a battalion that had one of the highest casualty rates of any unit during the war. “That deployment was like being in the ring with Mike Tyson for a year,” according to the battalion’s former Command Sgt Major Bert Puckett.

He sent a passionate appeal this week to the rest of the battalion: “Text me, I told you before my door is open… my phone is at hand. We did things that people make movies about and in some cases, writers and producers wouldn’t even try to write our story… the rucksack is heavy… and when it gets heavy we [&$#*] help each other, but you have to reach out… Don’t let the Valley win.”

Marckesano’s suicide was the 30th from this battalion. He is one of the 20 combat veterans taking their lives each day — an epidemic the military and White House are trying to stop. Last month, President Trump launched the PREVENTS Task Force with a White House ceremony. 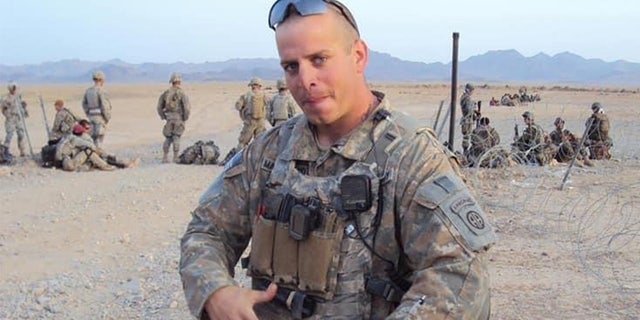 “My administration is marshaling every resource to stop the crisis of veteran suicide and protect our nation's most treasured heroes. They've been through so much, and it's such a deep-seated problem,” Trump said.

Staff Sgt Allen Thomas served in the same battalion as Marckesano. He died by suicide in 2013, leaving behind two daughters and his wife Danica, who was at the White House ceremony in June to launch the President's suicide prevention initiative with The Independence Fund and the Department of Veterans Affairs (VA) Be a Hero for a Hero. They sponsor retreats for units like the 2-508 to reconnect and keep fighting for the buddy on their left and on their right. 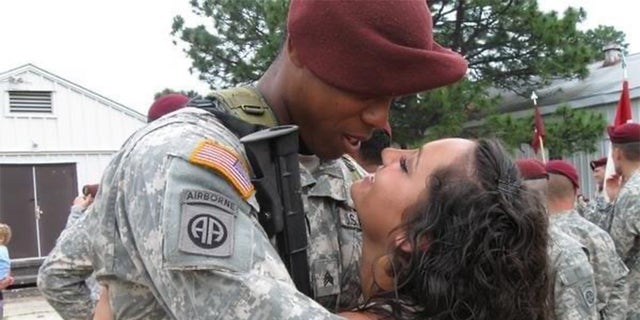 There is also a 24/7 Veterans Crisis Line, 1-800-273-8255. The VA now has same-day access for emergency mental health care. Under the Trump Administration, veterans have a right to seek private-sector care, at the VA’s expense, if the VA can’t provide timely care directly to the veteran. 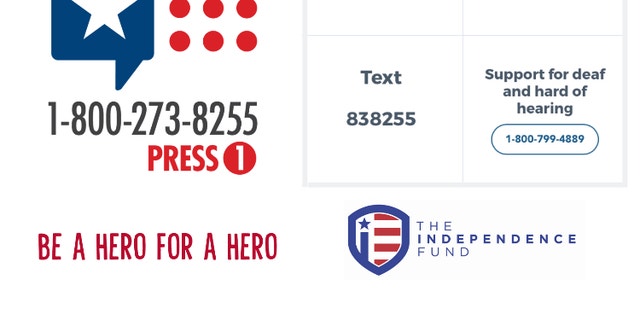 Thomas was a three-time combat tour infantryman with the 82nd Airborne. A suicide bomber detonated and ripped through his body. He recovered from severe polytrauma after months at Walter Reed, but struggled with PTSD. He was medically retired but he missed the military mission, according to Danica, who said he felt useless in civilian life. In September 2013, he asked his young wife to take him to the Fayetteville VA Emergency Room for a psychiatric evaluation. There were no beds so the VA sent him home with a prescription for pain killers, something that would not happen today given new procedures.

“Days later, the last words Allen said to me were ‘I love you.’ I heard the gun cock, then he went out the door and I heard the door shut on us. Just like the VA had shut the door on him,” Danica Thomas wrote of her husband’s mental breakdown that night in 2013.

“Eyewitnesses said Allen’s last words were ‘I got it. I cleared the house.’ We think at the time Allen thought he was back in Afghanistan. But in body, Allen was in our residential neighborhood in Fayetteville. He thought he was taking out the enemy, but instead, it was two innocent neighbors and their dog.”

Ann Awaldt, 68, and her husband Todd were killed that night. Allen, a two-time Purple Heart recipient, then turned the gun on himself.

“We believe he came back to the here and now and realized what happened.   Then, he fell to his knees and turned the gun on himself. I heard the crack of the gunshot from across the neighborhood,” his wife Danica wrote. “He did everything right; he wasn’t too proud to ask for help, and he asked for it. But the VA was too broken to provide it. And because of that, three lives were lost just days after he asked for help.”

Weeks later, the VA called to offer Thomas his medical appointment. “I buried my American Hero with a baby on each hip,” Danica Thomas said.

Young combat veterans die by suicide at four times the rate of other veterans.

Reps. Susie Lee, D-Nev., and Jack Bergman, R-Mich., introduced a bipartisan bill this week to launch the Zero Suicide Initiative at the Department of Veterans Affairs to improve veteran care and suicide prevention, with the ultimate goal of bringing veteran deaths by suicide to zero.

An unexpected outgrowth of the COVID-19 epidemic is that mental health resources for former combat troops, active-duty troops and their families have been a casualty of quarantine. And repeat combat tours have led seasoned troops to say the forces still being deployed to Afghanistan are "out of gas."