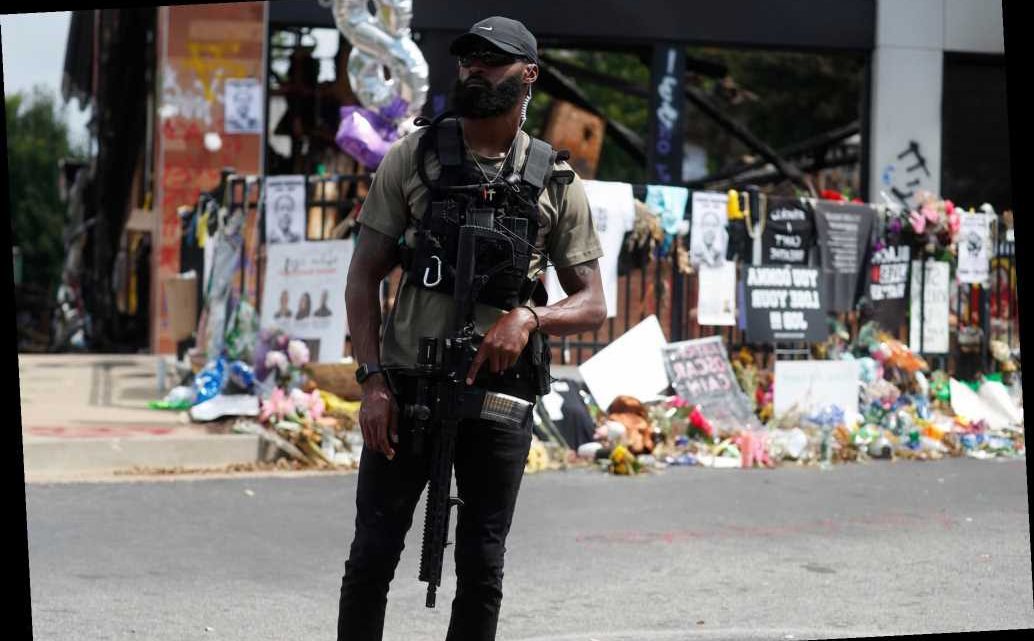 Armed protesters near the Atlanta site where Rayshard Brooks was fatally shot during his arrest earlier this month say police are no longer allowed in the area — which residents say is getting increasingly dangerous, according to new reports.

One man, joined by two others Tuesday night near the Wendy’s restaurant in Atlanta where the June 12 shooting occurred, told FOX News that he was carrying a 12-gauge shotgun.

“It’s for me and the rest of our peaceful people, to protect us and also me, because as you guys know, there is no police presence here,” said the man. “There’s no one else to protect us, so me and my fellow brothers are here to protect each other.”

“The police aren’t allowed here because they aren’t here to protect us,” he added. “They’re not here to serve and protect anymore.”

If a patrol car does roll up to the site, according to one of the other men, “he’s going to have to leave.”

A third man said protesters will “calmly discuss and conversate” with the officers, telling them they aren’t moving and they are peaceful.

A Fox News reporter observed a roadblock with no police in sight.

The Atlanta Police Department told FOX early Wednesday that the department “is monitoring the situation and plans to coordinate with community leaders and the Wendy’s property owner to address security issues and help preserve peace for this community as soon as possible.”

Meanwhile, some residents say that the people there are no longer there to protest, but are occupying the space for their own gain.

“It’s not a protest at this point,” Kimberlee Jones told WXIA-TV. “I use the term ‘flea market’ because some people are camped out, some are selling things, others are taking selfies and not actually protesting.”

She also said the scene has become dangerous.

“My husband literally just missed getting caught in the crossfire when he was on his way home,” said Jones. “And people have been shot and have been hurt.”

Deputies on Tuesday arrested Natalie White, 29, accused of torching the Wendy’s where Brooks was gunned down by police.

Brooks, 27, was fatally shot by an Atlanta police officer during a foot chase with police in the restaurant’s parking lot. After he failed a sobriety test, he took off running with an officer’s Taser.

As Brooks fled, he turned back and pointed the Taser at officer Garrett Rolfe, who then opened fire.

Rolfe, 27, was fired from the department and charged with murder. The second responding officer, Devin Brosnan, 26, was placed on administrative duty and charged with aggravated assault in connection with the death.