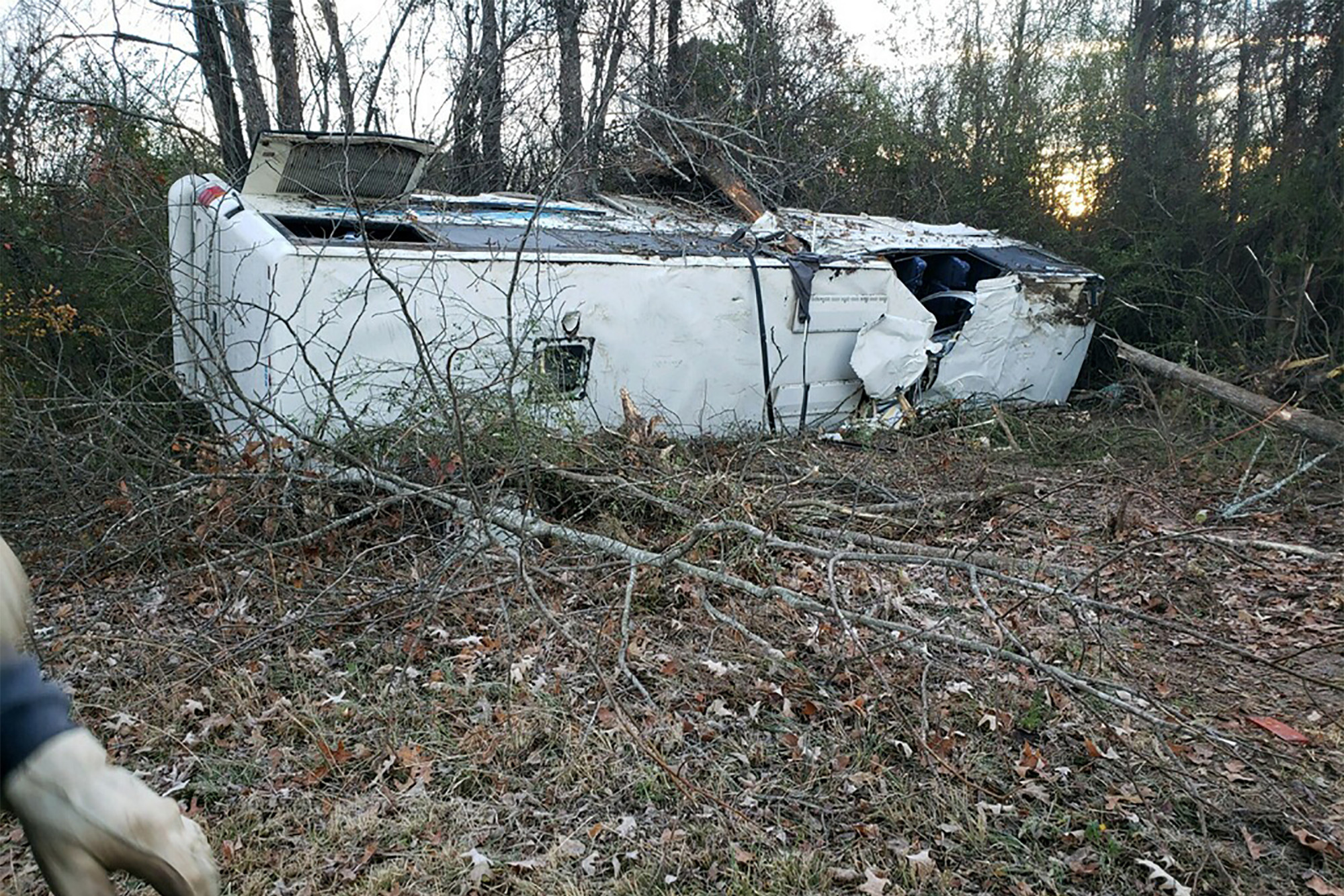 The bus was traveling from Texas to Memphis, Tennessee when the deadly accident occurred around 2:40 a.m. near exit 111 along Interstate 30 eastbound.

The injured passengers have been transported to area hospitals in Little Rock and Benton, with two individuals being airlifted.

Arkansas Children’s Hospital in Little Rock tweeted that it had received over 20 patients from the bus accident: “Families needing information should call the main hospital at 501-364-1100. A family center is set-up. Families can come to the main entrance & will be taken there.”

Troopers say the charter bus carrying the Orange Mound Youth Association’s football team left the roadway and overturned. It was found on its side near the Hot Springs exit on I-30. The bus driver is alive and is being questioned by state troopers.

Arkansas police said 40 other people, mostly children between 8 and 10 years old, are reported to be injured as a result of the deadly bus crash. Adult chaperones were also on the bus at the time of the accident, state police spokesman Bill Sadler said.

“When troopers arrived at the scene, many of the children were already off of the bus,” Sadler told CNN. “Some of them were stunned or had minor injuries.”

The child’s cause of death will be determined by the medical examiner he said.

The youth football team had played in a championship game in Dallas before the bus crash took place. Arkansas State police said more information will be distributed as the story updates.

Ariana Grande's Thank U, Next video – Lesbian sex scenes, stints in prison and drug shame: what the original stars of Mean Girls, Legally Blonde, Bring It On and 13 going on 30 are doing now

Carole Middleton: ‘One of the most important qualities of a good parent is discipline’
World News