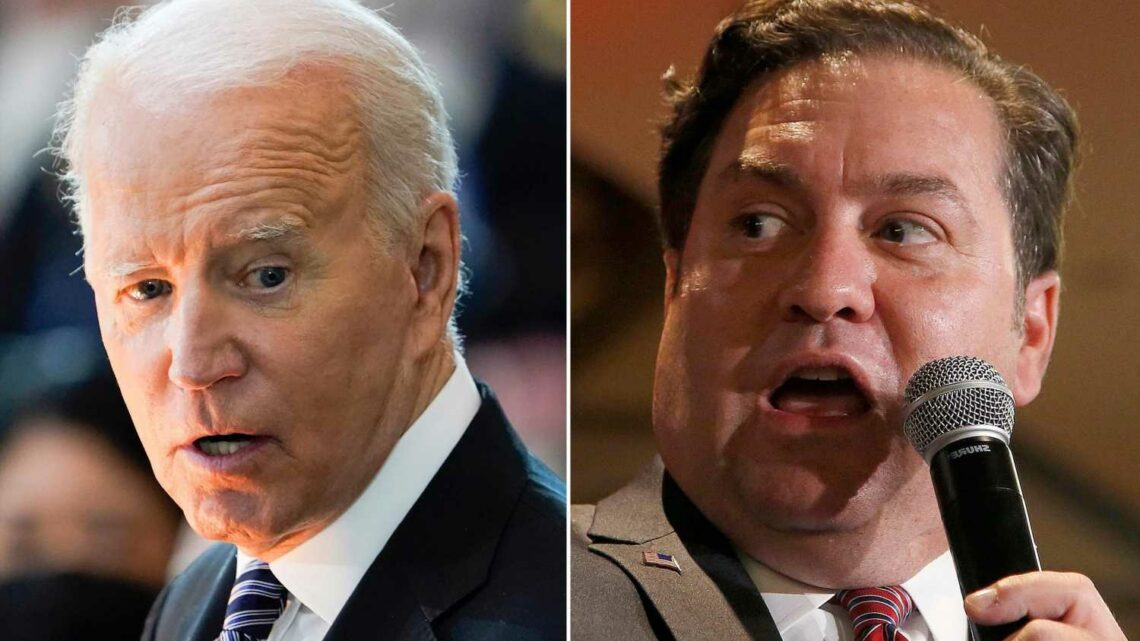 Arizona officer shoots man who charged at him with two bayonets

WASHINGTON — Arizona’s attorney general is suing the Biden administration, arguing its immigration policies are in violation of the National Environmental Protection Act — because illegal immigrants keep littering as they hop the border.

Attorney General Mark Brnovich said he is looking to force the administration to resume construction of the border wall and reinstate the Trump administration’s “Remain in Mexico” policy until the Department of Homeland Security has complied with NEPA’s requirement that federal agencies assess the environmental impact of major policy changes prior to their implementation.

“I think it’s imperative that we do everything we can to try to address the crisis at our border, so I’m using the tools that I have in my toolbox,” he told The Post.

The administration halted construction on the border wall in January and announced its reversal of the Trump administration’s Migrant Protection Protocols the following month.

Brnovich said the rising numbers of migrants at the border has led to an influx of trash in the desert, arguing the uptick in waste poses an ecological threat.

“It has been estimated that each border crosser leaves approximately 6 to 8 pounds of trash in the desert — the trash could be anything from human waste, to backpacks, to drugs, to plastic bags. And this trash, in and of itself, is a threat to wildlife and natural habitat,” he continued.

“It also serves as fuel for wildfires. So, just the trash that is being left behind by people crossing the border illegally is a major threat to our environment.”

The suit also states that the increase in population would lead to the “release of pollutants, carbon dioxide, and other greenhouse gases into the atmosphere, which directly affects air quality.”

Brnovich added that Democrats have used similar tactics in the past to halt certain projects from moving forward.

“The left has used these types of lawsuits to stop development, to stop the building of highways, stop the expansion of airports. And so, you know, they pointed to whenever you get an increase in population it increases traffic, increases pollution, increases demand for services, and they use those to justify stopping development in the
past,” he said.

“And all we are saying is, what’s good for the goose is good for the gander. And so if you are really concerned about the environment, how can you not be concerned about hundreds of thousands of people coming across the border, damaging, you know, the native habitat, impacting migration trails, leaving garbage.”

In addition to the Arizona lawsuit, Texas and Missouri have also filed lawsuits challenging the Biden administration’s immigration policy, claiming that its reversal of the “Remain in Mexico” policy is responsible for a rise in crime in their states.